Did you know that McDonald`s started out as an innovative restaurant with good food, locally-sourced potatoes and fresh milkshakes made from scratch? And that no female employees were allowed for years, lest they distract the customers? Lisa Napoli`s fabulous new book Ray & Joan: The Man Who Made the McDonald`s Fortune and the Woman Who Gave it All Away (Dutton, November 17, 2016) is full of surprises. Acclaimed KRCW- and New York Times-reporter Lisa Napoli not only researched how the salesman Ray Kroc turned a San Bernardino burger stand into one of the largest international brands, but focuses on his unconventional third wife, Joan Mansfield. The entertaining book chronicles the two sides of Ray & Joan's private life--from glamour and wealth to Ray's drinking problem and strong temper, which led to Joan's first philanthropic endeavor--the founding of the alcoholism education program, Operation Cork. Ray & Joan is a moving, extremely well-written story of big business, big love, and big giving.

Michaela Haas: What sparked your interest in the life story of Joan Kroc?
Lisa Napoli: The Paul Conrad peace sculpture, Chain Reaction, a fixture in front of the Santa Monica Civic Center since 1991. I went to cover its fate (it was in disrepair) and activist Jerry Rubin told me Joan Kroc had anonymously funded it years before. That piqued my interest...since you hear Joan's name recited on public radio every day. There was no biography, so I found myself writing one. Suddenly, the history of McDonald's is everywhere! Michael Keaton is starring as Ray Kroc in the movie The Founder, which focuses on the first five years of McDonald's and how he wrested control of the burger stand from the brothers who created it. And Ray & Joan looks at that story as a way into the complicated relationship between the founding chairman and his much-younger, philanthropist wife...

When Ray Kroc met the blonde beauty Joan Mansfield, she was the wife of one of his franchisers. How did he win her over during their tumultuous twelve-year courtship?
Actually, Joan wasn't the wife of the franchisee when they met. Her husband became a manager of McDonald's #93, likely as a result of Ray's admiration of Joan. Later, Joan and her husband became franchisees, but they had to move to Rapid City South Dakota for the right to open their own store. Ray won Joan over, in part, because of their mutual love of piano--and his larger-than-life personality. Joan had big ambitions for her life, and Rapid City didn't quite square with that....

The most fascinating part of your book is when Joan Kroc comes into her own after Ray passes away. She seems simultaneously altruistic and extravagant, elegant and bawdy, a devoted wife and a self-reliant feminist. How would you describe her personality?
You just did it perfectly! That's exactly why I was drawn to Joan, all the contradictions. She wasn't the pampered spouse of a rich man who sat on her tuffet, no way; and after he died, she really emerged as a force of nature.

She did a lot of very unconventional things her husband would have disdained, including supporting unpopular causes early on, such as AIDS treatment, hospice care, alcohol addiction, and the no-nukes movement. What, do you think, truly motivated her?
She felt responsible for caretaking this fortune she'd inherited, and she also had the sense many of us do when we are confronted with the ills of the world: How can I help? We can all help, but most of us are not billionaires--and she chose to apply her fortune to address some of the ills in society she witnessed. That began, in large part, with the program she launched in response to Ray's alcoholism. It was called Operation Cork--Kroc spelled backwards--and she made films and published books and did all sorts of outreach to educate people about the perils of drinking, particularly on the family, at a time when that wasn't widely discussed or acknowledged.

Joan Kroc gave away around 2.8 billion dollars and seems to have written enormous checks almost randomly, sometimes to causes she knew little about, just because she liked somebody. She gave a million dollars to Ethiopian famine relief; a million dollars to the Democrats; and of course a spectacular 2 billion dollars to the Salvation Army and 250 million dollars to NPR. What has become of her donations?
It's hard to track donation by donation, but the Salvation Army has built 26 recreation centers in low-income neighborhoods around the country, which was Joan's wish. NPR has a nice fat endowment thanks to Joan's gift, as well as other training programs. The Hospice in San Diego has dissolved, but that had nothing to do with Joan, and the San Diego Opera almost imploded a few years back and was saved. It's like having many children and giving them all a slice of pie: Some eat it up zealously, some push the crust aside on the plate, maybe a few dig into it for a bite or two.

If you had 3 billion dollars to give away, like Joan did, what would you do with them?
Right this minute if I had that kind of dough, I'd hope to find a way to transform the American electoral system in a radical way, including shortening the election cycle and fixing the antiquated way we vote. But since that's even less realistic than my having a sudden, enormous windfall, my second answer would be to build affordable housing for low-income people in Los Angeles. Three billion is probably the sum you'd need to help make a dent in this enormous problem. 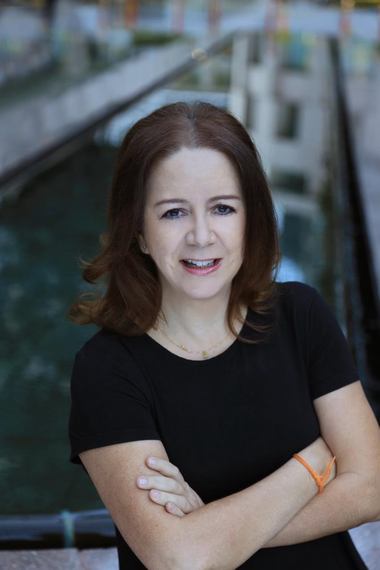 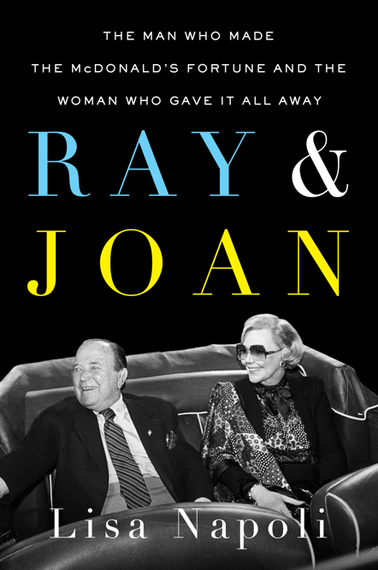