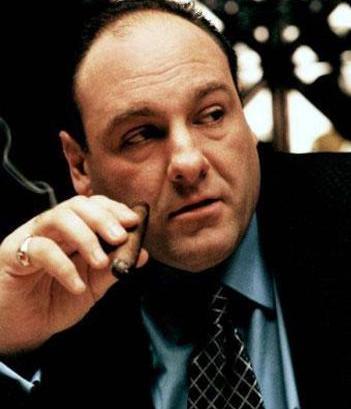 We learned sadly of James Gandolfini's death. Aside from his family's and friends' grief, we've all lost something with his passing.

Gandolfini masterfully played mob kingpin, Tony Soprano. Despite the ugliness of gangland life, Tony was a character for whom we had a rich cocktail of feelings: admiration, anger, frustration, love, fear, respect, even envy. Gandolfini was supremely talented at conveying a range of feelings. His voice could convey childlike yearning and poisonous rage shouted to the rafters. Just as powerfully, one look from Tony could speak many pages of dialogue.

But there was something else about Gandolfini's portrayal of Tony Soprano that made him resonate so deeply with the audience. Tony was a complex man who didn't fit the overused stereotype of the mob boss. His far-reaching array of feelings and behaviors were more complex and far more real than what's depicted in films such as Scarface, The Godfather, Carlito's Way, Goodfellas, and scores of others.

Tony Soprano -- a deeply flawed man -- had intense feelings about so many people and things. Yes, he was an everyman in many respects -- neither idealized nor demonized; and his relationships were crammed with a mixture of feelings, ranging from vulnerability to invincibility.

On one hand, Tony and Carmela shared a stormy marriage, replete with infidelities and arguments, but there were moments of deep and tender love. Tony's ambivalent and emotionally charged relationship with Uncle Junior juxtaposed past and present. His feelings toward his children struck a familiar chord with anyone who has raised a child: parental woe and joy ever intermingling.

And, like anyone who's ever run a business, Tony dealt with the daily pressures and stresses of keeping the "company" and its "employees" on track. Gandolfini's portrayal of Tony Soprano was masterful in this regard. The viewer soon grew accustomed to the brutality and criminality, and readily identified with Tony's frustrations in trying to keep the "family" business going.

Never before in mafia stories can I recall a character like Tony's, whose vulnerability was portrayed as realistically and soulfully as was done by James Gandolfini. Whether it was Tony's love of animals, with whom he identified as being innocents, deserving of respect and kindness; or his alternate view of himself as a military general, forced to make horrible choices in the name of a code of behavior, the emotional burden he carried from childhood, growing up with a manipulative, harsh mother and violent father, rendered him an anxiety-ridden, depressed and deeply conflicted man.

The scenes between Tony and Dr. Melfi were masterful. This relationship dramatically portrayed transference and counter-transference, superbly.

As a novelist and psychiatrist, and someone who never missed an episode of The Sopranos, something is very clear: the portrayal of a character like Tony Soprano by Gandolfini made the series extraordinary. The most memorable characters (whether in fiction or film) are those with depth; those with complexity and a range of contradictory feelings. These are characters we care about... people who live and breathe on the page or on the screen. And, their stories stay with us long after we've read the book or viewed the series.

We crave real portrayals of people like ourselves: people who can be confused, get angry, celebrate joyous moments and sometimes feel rejected and unloved. James Gandolfini made Tony Soprano, the Jersey mob boss, one of us.