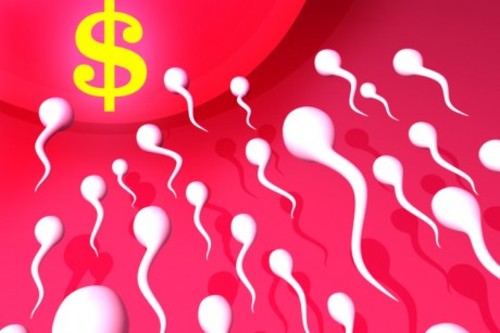 Many sperm and egg donors and recipients have been told by their doctors, fertility clinics, and sperm/egg banks that there are laws in effect prohibiting donors and parents/offspring from connecting. Recently, a parent who used Cryogenic Laboratories (CLI) (1) joined the Donor Sibling Registry. She said, "if the laws change, this donor might be willing to meet his offspring." When I questioned her about it, she said that she was told by CLI that there are laws prohibiting contact between donors and families.

There have never existed any laws that prohibit contact between genetic relatives formed via gamete donation.

The sperm banks and clinics who have spread this false information have done so only to protect their own liability. For example, if a sperm bank promises donors or families a limit of 10 or 20 children per donor, revelations that the actual number in many cases is considerably higher (for example, 50, 150, or 200 children) would expose the gross shortcomings of their record keeping and their honesty. Donors should know that donating for 5 years, 2-3 times per week (which is not uncommon) could, in theory, result in thousands of sellable vials of sperm because each donation can produce up to 24 sellable vials of sperm. Additionally, sperm banks have been known to sell a donor's sperm for more than two decades.

Furthermore, if medical issues are reported and not shared among families, or if the sale of sperm with known genetic medical issues continues to be sold and children with genetic abnormalities are born, the subsequent sperm bank liability could be severe.

Families have also divulged that some donors were not necessarily honest with self-reported health and education information disclosed on their donor profiles. These issues, (and others) are frequently encountered by families on the Donor Sibling Registry, underscoring the need for both accurate record gathering and record keeping by sperm and egg facilities.

Since sperm banks and egg clinics/banks "self regulate" it is quite obvious that some regulatory entity needs to step in and provide some proper oversight. Regulations are needed; laws are needed. This industry needs to be monitored and held accountable.

​While the FDA mandates testing of donors for STDs and a handful of other diseases, donors report to the Donor Sibling Registry that they were never given physical examinations, and all medical information is self reported -- no medical records are transferred to the sperm banks.

Sean Tipton of the American Society for Reproductive Medicine, the entity that issues unenforced guidelines for the industry, continually frames this discussion of regulation as one of "reproductive rights." He frequently says that regulation would keep parents who desperately want children from having them. This is a scare tactic he uses to keep regulation out of the sperm and egg donor industry. It's this tactic, along with lobbying and spending money, that has kept regulation out of the reproductive medicine industry. This is not about reproductive rights, this is about an unregulated industry that is fertile ground for unethical and irresponsible practices.

Laws or regulations are needed regarding:

1. Record-keeping on donors, parents, and offspring
2. Number of children​ born to a donor
3. Limits on the number of vials sold for each donor
4. Searching for, and contacting biological relatives
5. Donors donating at more than one clinic
6. Comprehensive medical and genetic testing of donors, e.g. full genome sequencing (now below $1500)
7. Creating a system where the sharing and updating of medical information among families who have used the same donor, and even the donor him/herself is available to all
8. Informed consent in sperm and egg donation and sperm and egg purchase. Both the donor and the recipient should know that for more than 11 years DNA testing has made anonymity a thing of the past. Anonymity shouldn't be promised to anyone.

Proper education should be regulated and mandatory.