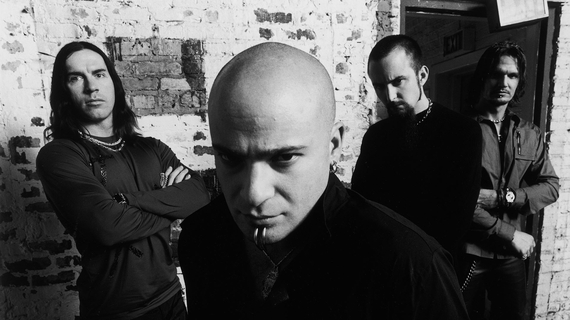 I have become obsessed with the cover of a song.

Have I gone simply au courant? Have I succumbed to the panderers of taste and culture who loudly declare what is "in" and what is "out"? (Hint: what is "out" is usually what they deem old.) Have I drank the Kool- Aid of musical disruption, ephemeral as it might be?

Actually, it's none of the above...so stay with me another minute or two.

Truth is, the real question is what does any of this have to do with business, the state of the world, disruption or any of the topics I typically climb on the soapbox for? And, by the way, the rendition of the song has been nominated for a Grammy Award (but lost to our David Bowie), despite it being old and past its date of eligibility as a song on its own.

In fact, my ramble today is about disruption and the business and personal lessons we can learn by following the famous mantra of Ray Rubicam, the founder of the company I work for: Resist The Usual.

Covering (that is, singing, re-recording and often re-interpretating an iconic hit) is as old as humankind, I imagine.

In our time, there are actually bands and singing groups that make a living mimicking the style and feeling of the original artists. However, there is a flip side.

There are also artists, groups and bands that choose an iconic song (because it is iconic and famous) and then mash, mix, mangle, and otherwise manipulate it into the genre they represent.

If said artist, group or band is famous enough this new version often achieves its 15mgs of ephemeral fame. I say "ephemeral," as rarely does such an effort replace the original. More often than not, it's forgotten as quickly as it achieved its temporary fame. With yes, knee jerkers, some exceptions...as for instance when Peter, Paul and Mary sang Bob Dylan's Blowing In The Wind.

One of the most covered songs of all times, Somewhere Over The Rainbow--the Academy Award winning song from The Wizard of Oz with music by Harold Arlen and lyrics by E.Y. Harburg--has been sung, recorded, played and mangled in just about every genre of music imaginable. In fact, you might recall some of the versions, not including the elevator background one.

However, I am ready to bet that long after we're all gone and telepathy replaces digital and whatever comes after, Judy Garland's original version will survive intact while the others will only surface via deep search.

All of which leads me to the Simon and Garfunkel mega hit of my youth, the Grammy Hall of Fame and United States Library of Congress cultural treasure, "The Sound of Silence."

I leave to you to read its history--some of it news to me. Suffice it to say that I was hooked the first time I heard it and have played and sung it, badly, ever since.

Clearly, the song had a particular ethos, was meant to be sung and understood in a particular way. If you watch this live performance, you can get a taste of what it was like to have heard it back in the day.

Fast-forward some 40 years...the song gets covered, yet again. And this time by a heavy metal band famous for its raucous cacophony and celebrated in its genre with some impressive crossover appeal, despite its style.

Even the band's name--Disturbed--jars the senses, especially when considered against Simon and Garfunkel and a song like "The Sound of Silence." One quick look at lead singer David Draiman makes the juxtaposition even stranger. 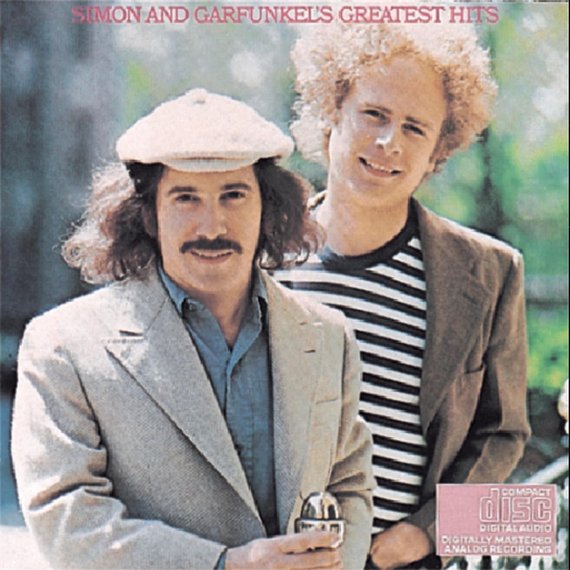 I came across the album cover by chance while researching this year's Grammy Awards, as I was curious about its streaming and global components.

And even then what caught my eye was an article about a small controversy swirling around the fact that although old songs are out of contention for winning Grammys, a loophole allows an artist to be nominated for a Grammy, based on the artist's current performance of any song--old or not. That is how David Draiman found himself nominated for his performance of Simon and Garfunkel's "The Sound of Silence." He went up against Beyoncé and David Bowie for Best Rock Performance.

It's one of my favorite songs, after all.
I listened to Draiman's cover because I was pissed off and thinking about the piece I could write on pandering to the times. But then I listened and I became obsessed...in a good way.

I share with you a live version to compare it to the original.

The thing is, David Draiman did not pander. He didn't pretend to "disrupt". He resisted the usual and made it his own. But he did so by paying homage to the song, as opposed to himself. Draiman said on a radio interview:

Initially when we were starting to approach it, I thought that we'd approach it the same way that we did 'Land Of Confusion' [GENESIS] or 'Shout' [TEARS FOR FEARS] or any of the other ones that we'd done, and made it more aggressive, more upbeat. And it was actually Danny's [Donegan, guitar] suggestion to not do that. He strongly suggested, 'You know what? We've done that before. Let's try and do something ethereal and ambient.' And I was very hesitant, because, number one, we'd never gone in that direction to that extent before. And number two, the song was written as an acoustic piece and very ethereal and ambient, and so how are we gonna outdo that.

His conclusion: "And I decided, 'Let me put that out of my head.'"

But they went for it and here is what happened. Draiman says:

This whole new door that has opened to us has been really amazing--getting people from all walks of life, getting people who probably wouldn't initially be drawn to what we do, but this song has been a key to unlock the door. Even if people just fall in love with this version of the song, it's given them the opportunity to check out the rest of our catalogue and they end up falling in love with a lot of it. It's been a really fantastic catalyst for growth.

And of course the biggest endorsement of all:

"Paul Simon reached out to me directly," says Draiman. "He got my email from our management, his management reached out, and he said how much he loved the song. He reached out right after the Conan performance. He watched it and was very impressed with it, and said some amazing things that I couldn't help but post to our Facebook page. I fangirled for a second! He ended up posting it on his own personal Facebook page, and it's really been unbelievably gratifying," he continues.

"When the original songwriter himself gives his blessing and compliments you on what you've done, when our entire intention was to pay homage to one of the most prolific and gifted songwriters of all time, it's truly overwhelming and incredibly surreal, and a very big shock. We couldn't have hoped for a more positive outcome. It's wonderful knowing that he loves it."

In a world where we talk about viral hits and trending shares when mere thousands have been reached, here we have upwards of 200 million views from three primary posts and who knows how many more across the digital world.

Outside of my emotional and deep connection to the song (first its original version and now this one), I have been struck by the lesson all this represents.

My readers know my view of the overused term "disruption" and my disdain for the lemming-like rush to disrupt everything. The sad truth is that most disruption is mere PR fodder and the truth is it often makes it way more interesting, except to the investors who clean up on the noise of it all.

What Draiman and Disturbed reveal is how you can be true to yourself and build on what was...make it uniquely yours and expand your audience in net new ways because you were not just talking to yourself, nor did you play to the short-term soon-to-be-forgotten message. Rather you created something immortal.

Had Disturbed gone the usual "disruption" route, Draiman would not have been vying for a Grammy, nor would have the band expanded its audience.

All lies and jests, still a man hears what he wants to hear and disregards the rest.

Sometimes we miss the simple answer staring us in the face, in pursuit of what we want to hear...