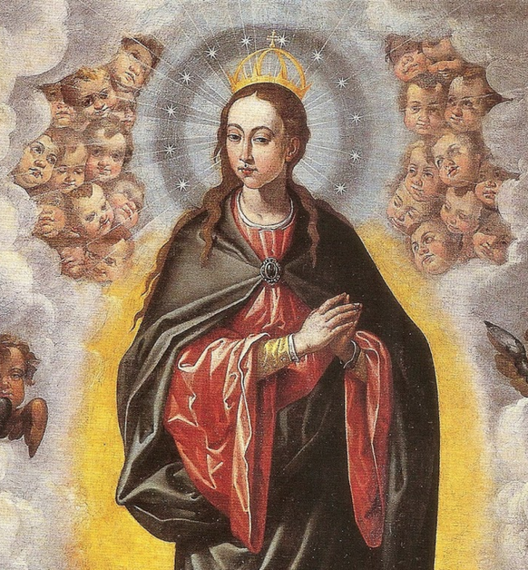 Now that Valentine's Day is upon us, let's offer a toast to the medieval Arabs from whom Europe learned to respect and honor the feminine. What?! That religion in which women are oppressed chattel, forced to cover themselves in black, segregated from public life! We are certain of our cultural superiority, of the high values of Western civilization, assuming that there has always been something innately superior about our Judaeo-Christian heritage.

Most people are unaware of how little honor was given to the feminine in the Graeco-Roman world, in early Christianity, and in Europe during the first thousand years of the common era. The Roman world offered no moral code worthy of admiration, nor any wholesome model of marriage. Christianity looked upon marriage as a necessary evil to preserve people from sin and facilitate procreation. Nowhere in the European world was Woman honored in the way that the knights of the desert did, following their ancient code of chivalry, muruah, or manliness, which combined physical prowess, heroic generosity, loyalty, and, above all, honoring and defending women.

Titus Burckhardt in Moorish Culture of Spain writes that the European chivalry of the Middle Ages was learned from the Spanish Moors. The quintessentially Western ideal of chivalry was unknown in the Western world until it came into Europe through Islamic Spain. The Moors, as they were called, were still living according to this code, prolifically composing poems and songs honoring the Feminine. Eventually, this was adapted by the Provençal troubadours from the Arab courts in Andalusia who sang of yearning for the beloved, elevating the sensibilities of the European mind from mere sensuality to a new refinement of emotion.

In the Arab context, there was always an ambiguity about whether it was the earthly beloved or the divine beloved that was being addressed, and this ambiguity was enjoyed, offering spiritual delight to the sensuous, and perhaps some sensuous delight to the spiritually minded. It is worth noting that the veneration of the Virgin Mary began around this time. While there had long been an esoteric current associated with Mary Magdalene in southern France, where she is believed to have settled after the death of Jesus, there is at least circumstantial evidence that the honoring of Mary, mother of Jesus, to whom all the cathedrals were dedicated, had entered European consciousness during this time both from the Spanish influences of Islamic Spain, as well as from the cultural cross pollination of the Crusades.

The great Cambridge scholar, R.A. Nicholson, wrote about the impact of Arab al-furusiyyah and muruah on European chivalry: "The chivalry of the Middle Ages is, perhaps, ultimately traceable to heathen Arabia. Knight-errantry, the riding forth on horseback in search of adventures, the rescue of captive maidens, the succor rendered everywhere to women in adversity -- all these were essentially Arabian ideas, as was the very name of chivalry, the connection of honorable conduct with the horse-rider, the man of noble blood, the cavalier ... But the nobility of the women is not only reflected in the heroism and devotion of the men; it stands recorded in song, in legend and in history."

Yes, contrary to the current myth that women are entirely degraded in Islamic culture, there was once a time when the Arabs civilized Europeans. One of the greatest of Muslim theologians, a Sufi, Ibn `Arabi (d. 1240), wrote that the contemplation of God is possible, indeed enhanced, through the human form: When man contemplates the Reality in woman he beholds God.

A similar influence entered the modern world with the recent wave of translations of the great poet Rumi. In a culture that is just beginning to heal the wounds of both life-denying Puritanism and heedless hedonism, Rumi's poetry helps us to embrace our humanness and find something profoundly sacred in this earthly life, and especially in the intimacy of human love.

There are conventions of Persian poetry that use the metaphor of the beloved in very sensual terms, and it is not surprising that readers might interpret these poems on at least two levels. While Rumi would not blame us for imagining a personal beloved, especially if the poem engenders a tender intimacy in human relationship, it is not quite what Rumi had in mind. He speaks often about the spiritual archetype of the "Lover," and for him this was the pinnacle of human attainment. Through the disciplines of the spiritual path, he had discovered something very sublime; he said "there is no greater love that love with no object."

You, ignorant of the marrow, deceived by the skin, be aware. The Beloved is at the center of your soul. The essence of the body is sensation and the essence of the senses is the soul. Not until you transcend body, senses, and soul, is everything He/She (God).

But such transcendence is not for everyone. And so, for this Valentine's Day, here is a Valentine's wish: As the Quran says, "Honor the wombs that bore you." May all women be honored, cherished, and protected, and may we honor all honest forms of love... and all true lovers.