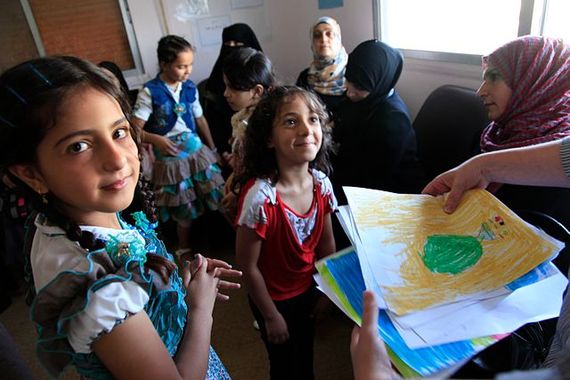 Fifty-six percent of Americans believe houses or rooms can be haunted. One in five believes Bigfoot is a real creature; about the same percentage are afraid of zombies.

Yet at least until the walking dead put up their own candidate in the New Hampshire primary, those are not the concerns that should frighten us the most.

Fears can become toxic, research finds, when they turn groups of people against one another, breaking down the sense of social trust that enables nations and communities to work together for the common good.

America may be nearing such a critical tipping point.

A new set of studies surveying fears in 2014 and 2015 offer insights into how much we are afraid of one another.

Here are some key findings from the Chapman Survey of American Fears:

• Almost twice as many Americans said you cannot be too careful in life as opposed to saying most people can be trusted. Among young adults, nearly three times as many were more likely to be careful than trusting.
• Half of Americans said they are at least somewhat afraid of people they do not know.
• Fewer than half said they would feel safe helping a stranger who ran out of gas on the road.

The fears and distrust often target the most vulnerable among us.

Nearly four in 10 Americans in the Chapman study said immigrants bring diseases into the country, and illegal immigrants are more likely to commit crimes than U.S. citizens.

By a significant margin, Americans have the warmest feelings toward whites, with a rating of 74 on the feeling thermometer scale in the study. Way down toward the bottom, below even immigrants and just slightly ahead of atheists, are Muslims, with a rating of 50 on the scale.

A nearly threefold increase in hate crimes against Muslims and mosques in the last month, one study found, is evidence that they make easy targets. Politicians who would not dare target majority groups in the same manner float proposals such as banning all Muslims from entering the country.

But it is a dangerous game.

"When we get too fearful, we tend to get more emotional than logical, and you can actually create the threat that you fear," said Chapman sociologist Christopher Bader, a lead study researcher.

Compared to 20 years ago, what do you think has been the rate of crimes such as child abductions, mass shootings, gang violence, school shootings and pedophilia and other sexually predatory acts against children?

If you are like most Americans, according to the Chapman study, you believe there has been a marked increase in such terrifying offenses.

In truth, from available statistics, there are fewer such crimes in each category; in some cases there have been dramatic declines, Bader noted.

What the Chapman studies help us understand is how our fears can override reason when they touch on deeper parts of the human psyche. These include our fears of things Americans perceive as beyond their control, such as the government and advances in technology, Bader said.

So, in the 2015 Chapman study, despite little evidence of major scandals, the greatest fear was of government corruption, with 58 percent saying they were either very afraid or afraid of such malfeasance.

The next two top fears were of cyber-terrorism and corporate tracking of personal data, followed closely by the fear of a terrorist attack.

Deeply ingrained fears of "the other" reveal themselves in the latter.

It may have been white men who blew up a federal building with a day care center inside it in Oklahoma City or shot up a school in Newtown, Conn., or more recently committed mass murder in a black church in Charleston, S.C., - a reported attempt to start a race war.

But those atrocities are largely interpreted as individual acts of terrorism.

In contrast, our innate fears of people who are different enable us to assign collective responsibility - and engage in indiscriminate measures of reprisal - to groups that are different, several studies have found.

However, too much fear based on too little reality can have dangerous consequences.

In the case of crime, a reasonable amount of concern can lead people to take responsible action such as forming block watches or looking out for one another in public places such as parks, Bader noted.

However, ramp up the fare of crime too much, and it can be overwhelming, leading people to avoid public parks and neighborhood walks. So the area becomes less safe as public space is ceded to the people most likely to commit crimes, researchers have found.

Similarly, anti-terrorism efforts have been effective in identifying individuals most likely to commit such crimes and actions can be taken against them.

Moreover, a 2014 Duke University study found that since the attacks of Sept. 11, more Muslim-American terrorism suspects and perpetrators were brought to the attention of law enforcement by members of the Muslim-American community than through federal investigations.

Yet, the reaction to the terrorist attacks in Paris and San Bernardino, Calif., have created a moral panic among many Americans that seeks to hold each member of a religious minority accountable.

Recent examples of such apparent "third-party revenge" ranged from shots fired at a Connecticut mosque and a fire set in the prayer area of an Ohio mosque to a sixth-grade girl in the Bronx reportedly being attacked by three boys who tried to take off the hijab she was wearing.

Leading GOP presidential contenders have made startling proposals appealing to these fears. Donald Trump seeks to establish a religious test for immigration by banning all Muslims. Ted Cruz proposes the revenge fantasy of carpet bombing ISIS into oblivion.

Yet the available research suggests this type of indiscriminate response is a road to a downward cycle of violence and persecution, heightening tensions and increasing grievances that potentially feed violence.

So how can we build social trust and become a safer society?

First, research suggests, we have to realize this is not going to be easy. It is not only cultural but genetic traits that lead us to fear others outside our group

"Be not afraid" and "Love your neighbor as yourself" may be clarion calls of Scripture for the nation's majority faith, but in the Chapman study mainline Protestants, evangelicals and Catholics all expressed less warmth toward Muslims than the general public.

Education needs to be a priority, analysts contend.

Helping people become aware of and understand the psychological mechanisms behind hatred may open doors to reason, compassion and an awareness of what can be the "absurdity" of human antipathy toward other groups," says researcher Willa Michener of the Massachusetts Institute of Technology.

"If human feelings of enmity are innate and spontaneous, they are not infinitely strong. It is possible to overcome them, but people need a reason to do it," she writes.

Sociologist Bader hopes research such as the Chapman studies will help Americans become aware of the distance between many of their fears and reality, and to understand the psychology of fear that helps drive emotional responses against minority groups.

"There's always fear of the other, the people we don't understand, the people who are different from us," Bader said.

"Let's not have our fears create a more dangerous world."

Image by DFID - UK Department for International Development [CC BY 2.0], via
Wikimedia Commons