I have always had a deep curiosity about music taste. Every time I hear a new song I love, there is always a desperate need to show my sisters. But before they ever hear the opening notes, I have to wonder whether or not they will enjoy the song too. Will they fall in love with the melody, just as I have? Or will they loathe the new synchronization of beats and vocals?

I am never able to guess right with my sisters, or anyone for that matter. There are times they love songs I would never have picked out for them; others I would have bet money they would have enjoyed, but never do. It constantly sparks the same question: where does musical taste originate? What makes one like Britney Spears and another enjoy the Beatles? Why do some detest country and others cannot get enough of the genre? 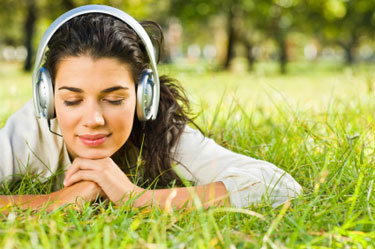 Over dinner the other night, I brought the idea up to my father, and he hypothesized music taste comes about through life events. People who were around when the Beatles were revolutionizing the music world fell in love with their radical sound. It helped to explain why parents have to cover their ears when teenagers play their modern music (or vice versa). Parents grew use to a different sound, and teenagers are growing up with the modern music all around them. As much as I enjoy rap music [a modern musical style], my father can't stand it. And when he plays Johnny Cash, the only dance move I want to perform is covering my ears.

Though my dad's hypothesis proves sound, what can be said about those today that enjoy the Beatles music? My friend -- who was certainly not around during the Beatles Era -- loves their sound. And though there is a great disconnect between my father's music and mine, there are times I find one of his songs enjoyable (I am a sucker for John Denver), and he will reluctantly admit to enjoying one of mine (he thought the lyrics for Avicii's "Wake Me Up" were very poetic). So life events must not be the only answer.

Before I asked my dad his thoughts on the matter, my initial idea was nature vs. nurture. Is music taste inherited? I immediately shut that down from a point already made: parental and children music tastes do not align. Environment made more sense. All three of my sisters and I love the music my parents grew us up on. The main ones I remember -- the ones I still love today -- are Madonna, Britney Spears, the Spice Girls, Gwen Stefani, the Rippingtons and Dire Straits. And my three sisters still love those artists too. Though today we have disagreements on a song being any good or not, it is seldom.

This led me to think that perhaps the music we grow up on tunes our ears to be inclined to certain styles, tones, and musical structures. I recently started heavily using Pandora, an internet radio station that selects songs for the listener based on the musical structure of previous songs they have enjoyed. Maybe our brains work the same way. If we are exposed to a song or genre of music long enough, that music becomes something we enjoy hearing. This can be paralleled to the proximity effect of attraction in psychology, which is the tendency for individuals to form attractions to someone they are close by to. We've likely all experienced this effect. Someone we would not have found attractive just passing by on the street we grow to find attractive because we spend time with them. This accounts for why many people marry those they meet in college or at work.

The same idea can be applied to music. The more times we hear a type of music or song, the more it grows on us. It explains why we can hate a song at first, but after hearing it over and over again on the radio, we grow to love it [I experienced this phenomenon twice this summer, both with Meghan Trainor's song, so I can attest to this]. It can also help to explain why there are certain types of music we enjoy, and others we hate. After being exposed to large dosages of pop during my first years of life, it's no wonder I have difficulty enjoying Johnny Cash or Bob Dylan.

This concept also helps to explain why there is some music my parents and I overlap on. ABBA -- a pop group popular during the '70s -- is one band both my father and I enjoy. My father was around when ABBA was selling millions of albums, so he heard their songs on the radio all the time, and their sound is fitting to the pop music I have grown up on.

What it doesn't explain is why musical revolutions are able to take place. If music taste were only acquired through the environment, or by constantly listening to certain musical structures, than how was Elvis Presley able to become the King of Rock and Roll, crafting an entirely new musical style? How was Michael Jackson able to generate millions of faithful followers to the pop genre? Perhaps it still does come down to the environment: a new generation means new, young people that have not been listening to a certain style forever, so they can fall in love with a new trend.

Obviously the origin of music taste is a complex and intriguing topic. One of which no hard science exists (none that I have ever heard of anyway). Yet music is a part of all cultures and all people. Even the deaf feel music through the floor. Music taste, though I may be wrong, does not seem to be deeply rooted in genetics. But there has to be some psychological explanation for it. It would be interesting, then, if a psychologist ever did research into the matter. Or maybe I'll do my own research, starting with listening to Johnny Cash and Bob Dylan. If I can stand it.