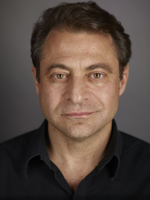 A renewed golden age of exploration in the 21st century might just be the key to a healthy and valued planet. Although we've already ignited unprecedented advances into space, there is still so much of our planet left unexplored. For starters, we know remarkably little about the ocean covering the majority of our planet's surface: almost 95% of our ocean remains undiscovered. The time is right to reignite the discovery of new places and new knowledge here on Earth, as individuals are now empowered more than ever to do what was only possible by governments and large corporations.

Before humans explored frontiers beyond our atmosphere, they sought out frontiers here on our own planet. And the history of ocean exploration is one that reminds us that we have always longed to explore the unknown, and that innovative and ambitious explorers will push those horizons no matter what. Yet with reduced government spending, especially in comparison to space exploration, and the fact that the ocean is not owned by one specific entity, there is a void. What will catalyze ocean exploration? Who will steward the ocean and dive to its depths to uncover its mysteries?

There was a long-held notion that audacious exploration needed primary support from the government. When we launched the Ansari XPRIZE in 1996, many scoffed at the idea that private citizens, using private financing, could build innovative spacecraft that successfully launch into space. Their response to what we were attempting to achieve often makes me think of a quote, "Some men see things as they are and ask why. Others dream things that never were and ask why not." — George Bernard Shaw. Our proof is the new market that developed with the Ansari XPRIZE; private space transport is now a $1.5 billion industry. It's clear that exploration in the 21st century is not just for government-supported programs anymore.

We must remember that for most of human history, exploration was driven primarily by private industry. It wasn't until the mid-20th century that most research and development was funded directly by large governmental grant programs. Even famous government-sponsored ocean explorations provide a history lesson we can use to ignite this new Age of Exploration. Consider the journeys of Christopher Columbus. Long before state sponsorship from Ferdinand and Isabella of Spain, Columbus secured most of his financial backing from diverse private sources.

Which is why XPRIZE is in a unique position to not only galvanize the community of ocean innovators but also thought leaders, government agencies, industry, philanthropists and advocates in service of a bold vision for the future of the ocean, one that is healthy, valued, and understood. This is really just a return to previous patterns of success rather than a huge shift in how exploration is conducted.

With the challenges we currently face, environmentally and economically, we cannot leave exploration of our blue planet up to governments alone. Instead, quite the opposite: We need to crowdsource innovators from around the globe to take up the charge of discovering the secrets our ocean holds, while working to preserve it.

Consider the challenges facing the ocean: carbon dioxide absorbed from the atmosphere has made the ocean 30% more acidic than it was just 200 years ago, with devastating consequences for corals, mollusks, fish, and entire ecosystems. Pollution from plastics to fertilizers creates massive "dead zones" and swirling gyres of garbage that further sicken the seas upon which the health of the planet depends. Unabated overfishing has shown that 90% of the big fish in the sea are now gone.

How can we turn back this tide of challenges affecting the health of our ocean unless we first value the ocean? And valuing it means not just taking a personal interest, but taking the time to understand the challenges and creating real incentives, particularly financial incentives, behind the sustainable use of our ocean.

By building industries that have a vested interest in the ocean, we stand a much better chance of protecting the health of the planet. This is the model of XPRIZE: to catalyze industries that not only build economies based on new frontiers, but industries that become the leaders in serving humanity's needs now and in the future.

There is a very real opportunity with our ocean to build these industries. Because they remain unexplored, there is tremendous value still ready to be discovered. Indeed, the opportunities for things like pharmaceuticals from deep-sea creatures bring us new biochemical discoveries from nearly every deep-sea mission. And with an estimated 91% of sea life still unknown, this gives us a literal ocean of opportunity to discover more.

By properly measuring and documenting the chemical and physical characteristics of our seas, we can initiate whole new industries in ocean services - the type of data-driven information and forecasting that can be used by every company dependent on the ocean, from tourism to trade to weather services.

I believe now is the critical time to ignite a new age of ocean exploration. At XPRIZE we recently launched our second ocean prize, the Wendy Schmidt Ocean Health XPRIZE, to spur development of breakthroughs in pH measuring tools that explore the chemistry of our seas. And we are, for the first time, committing to launch three additional ocean prizes by 2020. Because we trust that by harnessing the power of innovation, and the dreams of explorers around the world, valuable new discoveries can help us achieve a healthy ocean.