No, Sam Champion is not just another handsome talking head. To prove it, he has taken the bold step of leaving perhaps the number one weatherperson position in the world at ABC's Good Morning America to become Managing Editor at The Weather Channel. His new show is called AMHQ, for America's Morning Headquarters. It is an amalgam of news, sports, lifestyle and, of course, weather forecasting and reporting, running each weekday from 7-10 a.m. ET.

From a journalistic integrity standpoint, I should say upfront that I am a Sam Champion fan. I appeared on his "Just One Thing" environmental segment on GMA several times in previous years. A new executive producer did away not only with that segment, but essentially all reporting on environmental subjects. While he won't comment on that, I suspect this is one of a number of reasons that Sam elected to move on from GMA. 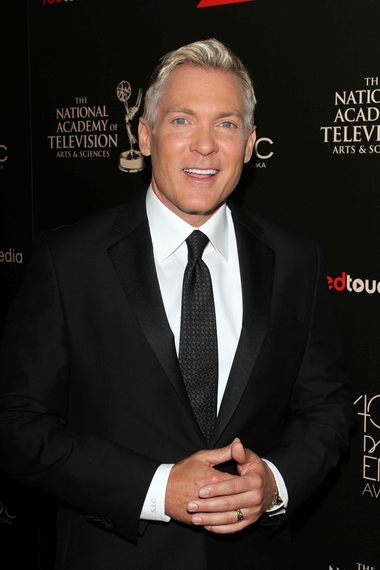 Champion is an Emmy and Peabody award winner who is a serious weatherman and proud of it.

I'm going to be a hypocrite here. I want to wake up every morning with my feet on the sand, 20 steps from the ocean. If I am not by the beach, I am not a whole person. But I realize it's not a safe place to build or locate a community. We have allowed people to make incredible amounts of money off of our desire to live on the beach. Unfortunately, we've not thought about how (beaches) are the natural protectors for everything behind them.

This is Sam Champion, admitting his own preferences but trying to educate us on the power of weather patterns and how they can endanger our lives. In this case, he refers to rebuilding on the same spot after natural disasters, be it Hurricane Sandy or the Asian tsunami.

Here's what Champion has to say about the Southern California/Southwestern U.S. drought, and its ramifications, such as last week's San Diego wildfires: 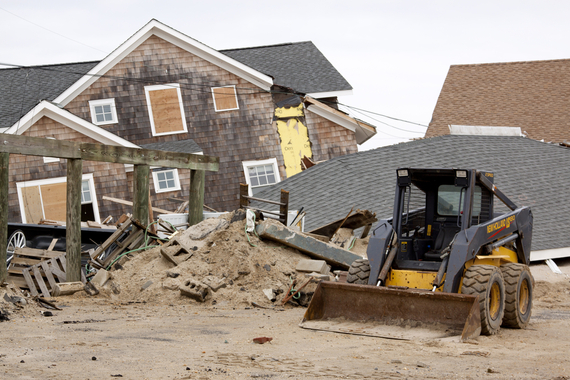 Destroyed homes line the coast in Lavallette, New Jersey in the aftermath of Hurricane Sandy.

Indeed, Sam Champion is passionate about climate change and its ramifications. He is very concerned about water shortages in coming decades. He has the courage to say what we are just now beginning to understand about where we should be vs. where we are on alternate water sources.

We are horribly prepared (for drought in the Southwest). If we were, we would have several options available to get people water. We are still relying on watersheds, snow melts, and rain. If you live in a coastal area and have not made desalination options available to your community because of money, energy requirements or other factors...if you don't have a "B" choice for water, that is just wrong. That is not politics, either, that is reality.

I explained to Sam that I recently visited Israel, where they have perfected the art of providing desalinized drinking water for all at a fair price point. His comment: "California, and many other parts of the world, could learn a lot from the Israelis when it comes to preparing for perpetual drought conditions."

The 52-year-old Kentucky native faces the reality that the Southwest could be in for an ongoing drought unlike anything we are used to.

We are just now beginning to understand global weather patterns. We used to think of weather locally, but it is truly anything but -- it's a global thing. We are still trying to figure out El Nino and La Ninas. If an El Nino occurs, it can mean X for this region and Y for that one. You are not looking just at warming water temperatures. To say California will be in a period of ongoing drought, I don't know that anyone can say for certain. But I don't see a lot of help coming to change this situation. If we have not figured out a way to handle the drought over the past 25 years, we have a problem.

About Sam's new show. How was it going from GMA to AMHQ?

We created a show that is hyper informative because I saw there was a different audience. The new audience is 24-hour informed. They are following stories, news, websites, they have alerts on their smartphones. The Weather Channel is built to work on a 24-hour news cycle. We are adjusting to the new pace of information. Facebook, Twitter, we are dealing with a news cycle being right now, this minute. AMHQ is sequenced to this pace. We have the most live shots of tornadoes. We were in Pensacola, Florida for the floods, California for the fires, Minnesota for cold air and snow, and those are just the live shots. 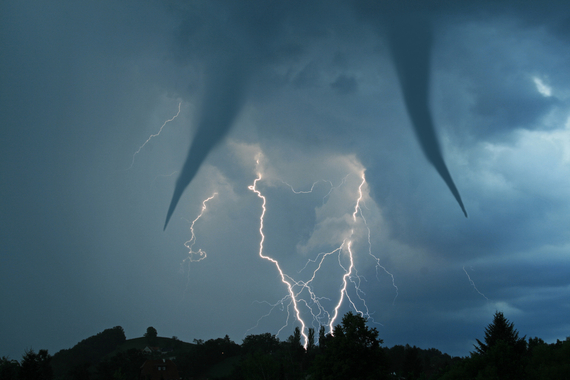 We now witness tornados year round, signaling a change in climate patterns.

Champion, who married his partner, Rubem Robierb, in 2012, does not see it as his responsibility to convince the climate change deniers of their shortsightedness.

It's not my job to change minds. Growing up as a journalist and being in the news business for 30 years, it's only my job to talk about the facts as they are presented. When scientists present facts, we report them. When disasters happen, we deal in statistics and stories about the people who are affected, and follow it all the way through recovery. I don't need to be political and don't want to push anyone's agenda. There are people who want to mitigate climate change and others who want to make money on the topic. I am here to do neither. My goal is to help people understand their environment, and get to a safe place as needed. If you move to the tornado belt, you need to know the risks. If you live in California, you need to know about the drought and the potential dangers because of it. I try to help people understand this so they can take necessary steps to protect themselves from weather-related disasters. Many people assume that if you encounter a tornado and you are in a car, you should jump out and lay down in a ditch.

According to Champion, this is really an old wive's tale. He says being inside your car is far safer than lying in a ditch.

Not surprisingly, Champion likes the focus on weather as opposed to all types of news.

It was a pleasant surprise to have people approach me to say this is a show they are proud to have their children watch while getting ready for school. It's a smart show. The kids are learning about weather and other important news but not murders and beatings. That stuff is eye candy designed to keep you glued to your TV, but it is not necessarily information you truly need to know. I certainly did not design a kids show, but it's nice to have moms tell us they feel great about having our show on with the kids in the room.

Champion enjoys scuba diving as a hobby, and not surprisingly, relates what he sees back to weather and climate change. "When you dive for the first time and see coral reefs, come back again three years later and they are gone or bleached due to ocean acidification, you become concerned and want to share that with people. I'm tired of the pushback because I'm not a part of the conspiracy. I'm just sharing with you what I observe." (Some of you may recall my earlier column entitled "Diving With The Dream Team" in which I report the exact same phenomenon.) 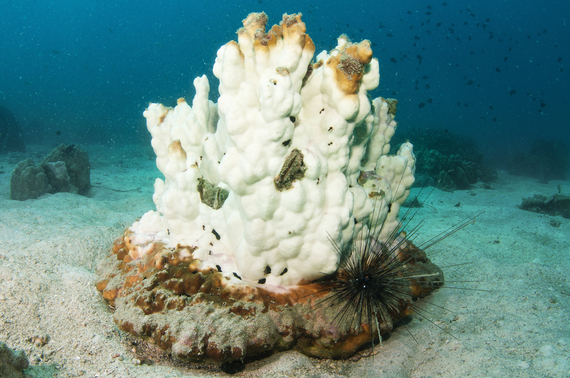 As a result of climate change, ocean acidification is causing coral bleaching across the globe.

Sam's recommendation for what we do going forward to combat the adverse effects of climate change and their impact upon our weather personifies his practical, no-nonsense approach to climate change and how the weather is reported. "Here are things we can do together to deal with issues that are very real. You can debate the cause, but let's come together for the solution."