Greece once again is being asked to go to elections, on January 25. After a dark, cold period of recession that the country was going though and Greece was on the threshold to get out of it and pass to the next step, the Leftists "SYRIZA" made their point by leading the country to elections. They talk about reforms and the restitution of salaries, unemployment and throwing out TROIKA. They are moving without plans and try to deceive people with promises that they will lead the country to total bankruptcy.

Ineluctably, the failure to elect a president led to dissolve the government of New Democracy and proclaim new legislative elections.

Nevertheless, the country needs a "new blood" of politicians like Dr. Barbara Geladakis, a young scientist woman who is motivated, eager to offer help. She runs the elections as candidate with New Democracy in the greater Athens area. Barbara Geladakis, as a doctor, belongs to new class of politicians who, with her work, gives prominence to the anthropocentric politic as long as she believes that a Europe of unemployment and deficiency cannot be solved partially by one country like Greece, which has been going through recession in the last several years. Central politics structured over social problems are indispensable.

The policy of frugality had put the country in a hurricane that will be difficult to stand on its own feet if TROIKA does not change tactics. The financial looseness in certain sectors is, in the immediate future, necessary for the development. However, Barbara struggles daily in the hospital where she works to support uninsured and disabled people. She said to me: "We, the new generation, need to rise to the occasion more than ever." 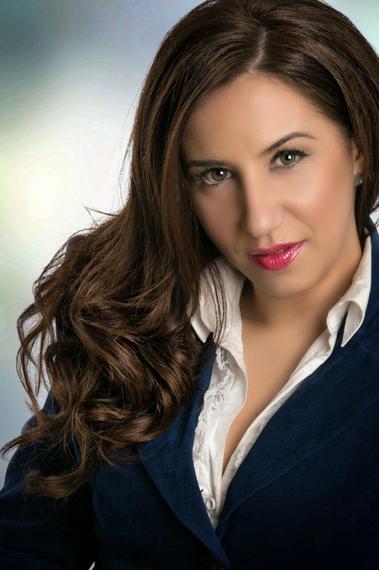