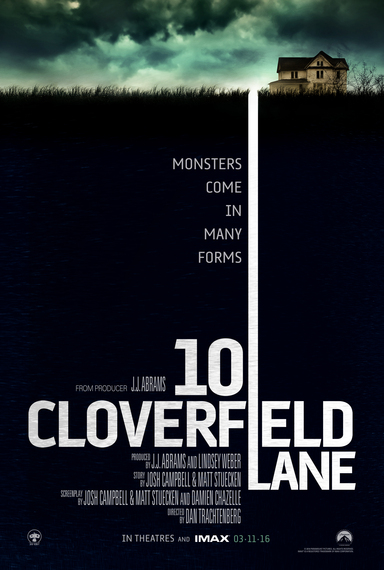 From the opening Psycho-fueled moments to the allusions to Notorious to the surprising twist of a finale, it's hard to recall a recent film that made squirming in one's seat such a pleasurable pastime. Produced with a sure hand by J.J. Abrams, with a relentlessly unnerving score by Bear McCreary, razor-sharp editing by Stefan Grube, and wry plotting by Josh Campbell and Matthew Stuecken, there is a reason the audience at the screening I attended spilled its popcorn every which way. These folks were freaking out but without having to be exposed to the full panoply of gore and excessive physical violence that most horror films apply with a trowel. Trachtenberg and pals were going for exquisitely psychological traumas, and they succeeded in spades. 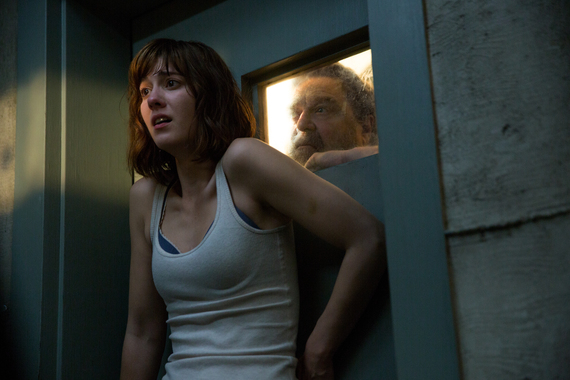 The saga commences with a glum young woman, Michelle (Mary Elizabeth Winstead), driving away from a broken relationship only to find herself awakening numerous hours later chained to a cot. Her body's bruised and her cell phone's without reception. Then the thick metal door of her cell opens, and her aging, bulky, jovial savior Howard (John Goodman in an award-worthy performance) enters and announces, "I saved your life by bringing you here." But did he?

Ask Emmett (John Gallagher Jr.), a not terribly bright guy with a broken arm, who's Michelle's age, early 30s. He's also there, there being a rather well-stocked underground shelter with a jukebox. And there the trio will have to remain for years because Howard says life isn't supportable aboveground. But what proof does he have? Is he even sane? Emmett believes so, but . . .?

So why did Abrams choose a rather unknown entity to helm this "blood-relative" to his 2008 box-office hit, Cloverfield? The answer's in Trachtenberg's short, Portal: No Escape, which has garnered over 17 million online views, and don't overlook his 5-1/2-minute, Black Box TV short, "More than You Can Chew," a vampiric suspenser. This Philadelpia native who's transplanted to Los Angeles certainly knows how to build suspense and supply a payoff that is exciting without being derisibly generic. 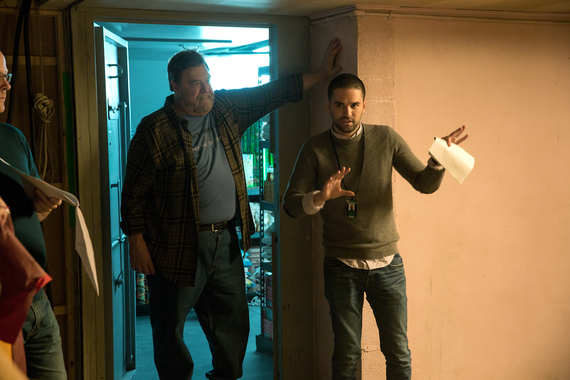 Tractenberg's engaging talent might be the result of enveloping himself in the cinematic classics of the past along with the video games of recent decades (e.g. Dark Void; Fallout).

"I really love movies and video games and comic books and all that stuff equally," he insisted in his tasteful, new elbow-patched sports jacket. We were in his suite on the 39th floor of the Mandarin Oriental Hotel on Columbus Circle. He sat on a sofa in front of a wall of windows with the curtains pushed aside, allowing the sun to pour in and blind me and no doubt his other interviewers that day. For our whole chat I could not see Trachtenberg's head, only a ray of light streaming from his neck. It was as if I were communing with a prophet of God.

And the prophet held forth more on his influences: "It's all the stuff that fueled my childhood. Recently video games have become real beautiful artistic experiences rather than just bits of competition. That's why I've been just so inspired by games more often recently. And frankly I was able to play more video games while I was making this movie than watch other movies.

"So that was more at the top of my brain," Trachtenberg continued, "but I love movies, and I don't know that I really have the brain of Quentin Tarantino and Martin Scorsese. I don't have as encyclopedic a knowledge, but I do have my own specific set of experiences. And I did grow up loving Hitchcock, but really I was a huge lover of Hong-Kong action cinema, and I loved John Woo, and Jackie Chan, and Tsui Hark, and that whole era in the nineties of Hong-Kong action filmmaking, and that really blew me away. That's really when I clocked into what an auteur was. 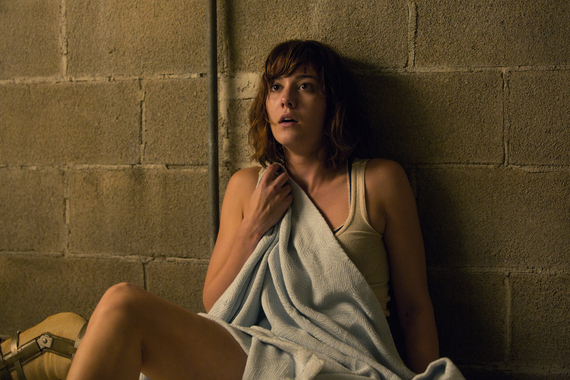 Uh-oh! No cellphone reception. But then is there anyone to call?

"Especially with John Woo's movies, there was a rhythm and a style that was as exciting to me as the content. And my jaw was on the floor when I saw Hard Boiled (1992) for the first time. I could not believe what I was seeing. I called my parents in: 'Look at this. This is insane what we are seeing!' So I have these very specific tastes in movies, but I don't know that I could reference Italian neorealism like Scorsese could or any of those, but I do love all movies for sure," he concluded.

I then noted that he was very humble in past interviews about his command of language. He said is strength was his "sight," his vision of what could make a scene work.

"I find myself often going through this rhythm of there being something that I know exactly how I want it to be because I think it will be really exciting to be a certain way. It represents me. And then there are some things that I only have a vague sense of how they should feel like, but I don't exactly know how as of yet. Then I really need that conversation with that person who is specifically hyper-skilled in that one category to help me arrive at that point where I find that thing that I think is really awesome, and that they think is really awesome. I really do love embracing other people's talents and their sight for their specific thing, and having them take ownership over it and be excited over that something that is new in that category."

Talking about the new, how come Trachtenberg has ditched his trademark baseball cap and plaid flannel shirts of his past? Has success caused him to want to be a bit more stylish? Will he soon start dressing all in black like Fassbender did?

"That all comes from being married to such a wonderful woman who helps you out with such things," the director explained, alluding to his wife of five years. "I'm not Sam Raimi showing up to set in a suit every day, but I'm also not schlubbing it up either. I sort of shake it up every day with whatever I feel like."

And with the laudatory reviews 10 Cloverfield Lane is receiving, those schlub days might be gone forever.