We assert that new monasticism names an impulse that is trying to incarnate itself in the new generation. It is beyond the borders of any particular religious institution, yet drinks deeply from the wells of our wisdom traditions. It is an urge which speaks to a profoundly contemplative life, to the formation of small communities of friends, to sacred activism and to discovering together the unique calling of every person and every community. 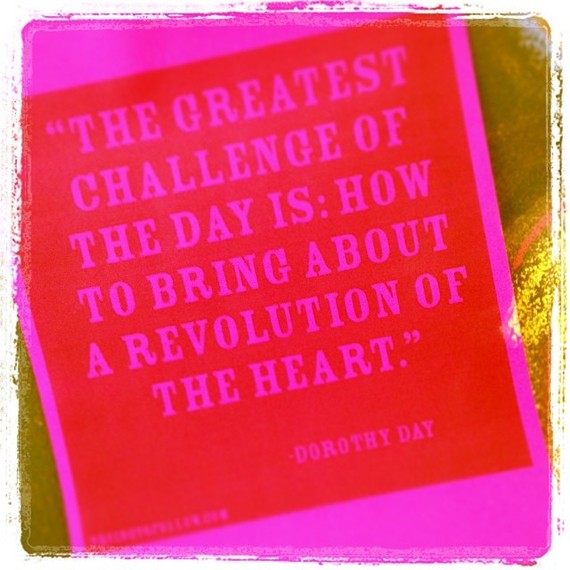 There can be no doubt that a great renewal of society and culture is needed. Our capitalistic and predatory economy is failing us, continuing to create wider gaps between the haves and have-nots. It is a soulless world-vision, leading to wide spread depression and the devastation of our planet -- a far cry from that which lies deepest in our hearts, the sacred dimension of life where the very depths of our humanity is found.

This sense of the sacred is not something that needs to be defined for you, by dogmas or beliefs or teachings, but rather is that which resides deepest in your own heart, in your own being, in your own experience of Life.

The new monastic movement emerges out of a cultivation of that dimension of Life, wedded to the real-world experiences of relationship, poverty, suffering and injustice, community, natural beauty and friendship. This impulse of Life is beyond the borders of any traditional religious institution. Yet new monasticism does not leave our religious institutions behind, instead it works in partnership with them, penetrating the lived wisdom of our ancestors and traditional mentors for a new age. In its radical expressions for the poor and oppressed, for ecological awareness and love for our Mother Earth, in its contemplative and prophetic depth -- and its commitment to a sacred life that cannot be put into any dogmatic formula or relegated to prayer time on the weekends -- it is becoming a revolutionary impulse in our post-postmodern world. 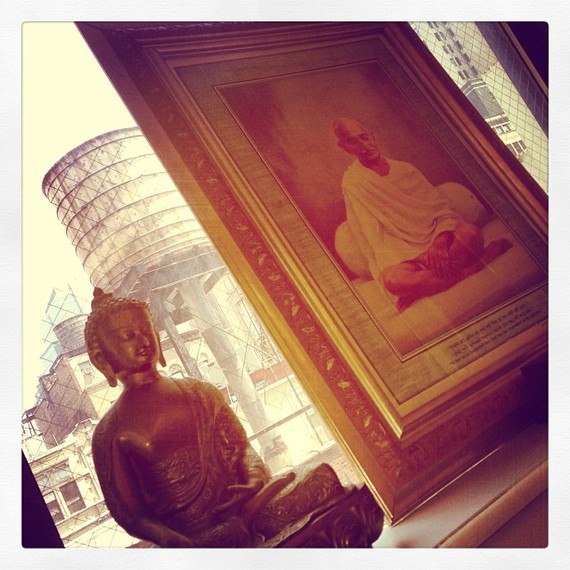 Traditional monasticism served as a revolutionary force both East and West in its founding more than two millennia ago, born as a rejection of societal norms. In the West early Christian monks flew to the desert, rejecting traditional society in order to search for God. In the East, building on Hindu monasticism (sannyasa) the Buddha revolutionized Indian society, forming a highly organized society of monks who left householder life in order to pursue a path to enlightenment. These men and women sacrificed cultural norms in order cultivate this sacred dimension of life. They dedicated their entire lives to a transformation of the inner marrow of their beings to become dynamic containers and transmitters of this sacred dimension, to discovering how to live permanently in a sense of the "sacred."

They discovered much wisdom along the way, and through this audacious goal monasticism became in time the driving force for civilization itself, serving as centers of learning, forerunners of the welfare state and as "guardians of Western civilization" following the collapse of the Roman Empire, as eminent sociologist Peter Berger recounts in "A New Monasticism" (The American Interest).

Could a new monasticism, as Berger suggests, play a similar revolutionary role today? Transforming our society by crossing traditional boundaries, blending individual paths with community and becoming the building blocks for what Brother Wayne Teasdale called a "civilization with a heart?"

My new monastic sisters and brothers hold this deepest hope in their hearts...for if not now, when? 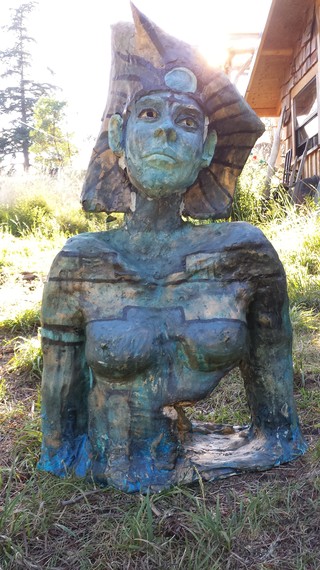 New monasticism is about cultivating the inner transformation necessary to live permanently within the sacred dimensions of Life -- with the same conviction, passion, dedication, endurance and wisdom as traditional monks -- but doing so while being in the world. This way of the "new monk" engages itself passionately with the world, involved in relationships, the arts, community building, serving the poor and forgotten, social justice movements, ecological awareness and all cultural endeavors, infusing our world with this deep sense of the sacred and transforming our beings in the process. We spend time in monasteries, but ultimately are committed to turning the entire world into our "monastery." Raimon Panikkar, the great 20th century inter-religious philosopher-theologian, said, "The monastery, then, would not be the 'establishment' of the monks, but the schola Domini, the school where that [sacred] human dimension is cultivated and transmitted."

New monasticism is not a mere theory or an effervescent idea of "oneness" or becoming a "new world." It is grounded in praxis, in the blood, sweat and tears that a daily commitment to contemplative practice and prophetic spirituality demands. It is real, and the movement is growing. New monastics have started hermitages and help run orphanages (cf. Inner Sky Community), have founded social justice urban communities (cf. Center for the Working Poor), radical inter-religious and interspiritual prayer groups (cf. HAB Community) and more. Some are Catholic, Episcopal, Protestant, Buddhist, Sufi or Jewish, Yoga teachers, hermits or live on the edge of social justice movements. Some even write theology or philosophy ☺. Some belong to no tradition at all, moving among and between wisdom traditions with fluidity and depth as they deepen their "interspiritual path" (cf. Mirabai Starr). Some are "Spiritual but Not Religious," others commit themselves to a single tradition.

But our solidarity is our strength. All of us have dedicated our lives to building a "civilization with a heart," to deep contemplative practice and to a new monastic ethos that engages us in dialogical discernment with one another; bringing cohesiveness to our diverse expressions, a growing respect for our varying sacred vocations and building synergistic constituencies for collaborative action in the world. 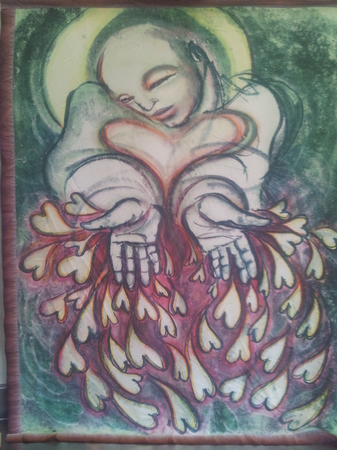 We have had great mentors too numerous to count along the way. These include Fr. Thomas Keating, leader of the contemplative Christian "centering prayer" movement; Christian sannyasis, Bede Griffiths and Brother Wayne Teasdale; contemplative new monastic guide Beverly Lanzetta, a feminist mystical theologian, artist and spiritual teacher; Sufi teacher and author Llewellyn Vaughn-Lee and many others. Many of these mentors were formed in traditional mystical lineages, pooling their wisdom into our movement as guides and elders. Yet they did not insist that we adopt their traditional religious frameworks, instead they had the courage to allow new understandings to arise out of our own existential experience of Life, and to encourage us to follow these movements of the Spirit.

We hope you will consider joining us in this revolution of the heart, a revolution of radical possibilities, committed contemplative life, prophetic spirituality, heart-present (and heart-breaking) energy in building a world that works for all (and not just some), in living out the radical and sacred vocation of a "new monastic" amidst life in the world...

This is Part 2 of "A New Monasticism for Our Times"; Part 1 was "The Spirit Behind a Radical Movement for Change."

You can contact us and learn more about many of the communities above through our nonprofit, the Foundation for New Monasticism, supporting new monastic life through contemplative and prophetic formation, dialogical engagement with religious traditions, resources for articles, video and social media, and community building among the varying expressions of new monastic life.