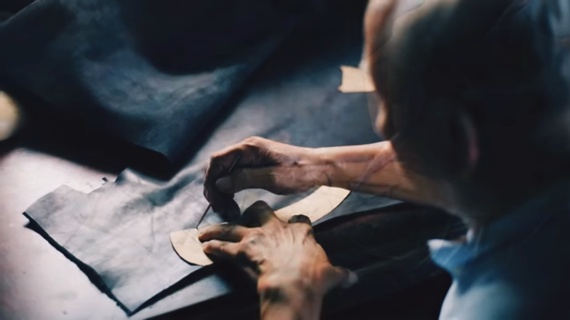 This article has been submitted as part of the Natural Capital Coalition's series of blogs on natural capital by Pavan Sukhdev, founder & chair, GIST Advisory

COP-21 will be remembered as a feel-good moment in the struggle to contain climate change. Whether it was skilful French diplomacy, or the replacement of inconclusive top-down negotiations with bottom-up consensus-building, or the fear of shame of the unwilling, or perhaps just the quality of food (good by any measure, and outstanding by COP standards) COP-21 definitely lifted spirits up. I certainly did not leave Paris feeling miserable, as I did Copenhagen six years ago.

The Intended Nationally Determined Contributions ("INDC's") announced by governments at Paris added up to impressive reductions against 'business as usual'. However, they were well short of reductions needed to be 2/3rd confident of staying within 2oC of warming. The so-called "emissions gap" based on these INDC's was still around 20%-30%.

The private sector delivers around two-thirds of today's economy (measured in terms of GDP and jobs), but can today's corporation deliver tomorrow's green and climate-safe economy? I think not. I have argued that we need a new corporate model if we are to address climate change, biodiversity loss, and other global environmental problems. This responsible, sustainable new model (I call it 'Corporation 2020') will drive 'stakeholder capitalism': delivering private profits without causing public losses. Such a transition will need trenchant changes in the ways corporations leverage, advertise, get taxed, and report performance. Redefining corporate performance is a key part of this new model, as the performance metrics of shareholder capitalism ignore third-party impacts on society, the so-called externalities of business.

But well before we get there, we need widespread acceptance of a common approach and framework for such measurement and evaluation. The formal launch of the Natural Capital Protocol, on July 13th 2016, is a crucial step in this direction. This Protocol is a universally applicable approach and framework for any business to measure its impacts and dependencies on natural capital. The draft was circulated in November last year, in the run-up to COP-21.

Further work will be needed to measure impacts on human capital (knowledge, skills and health that enable individuals to earn a living) and on social capital (formal and informal relationships and rules that enable people to engage and transact). Measuring and integrating corporate performance across all capital dimensions, not just shareholder financial capital, will herald a vital change in the nature of today's corporation towards one which has positive externalities: a yardstick for corporate sustainability.

I entered COP-21 pleased with declared INDC's, and delighted with the draft Natural Capital Protocol, but one nagging question remained. What if the emissions gaps from COP-21 pledges remained unbridgeable, not because corporations failed to take leadership and transform production as they did not know their true costs (because after natural capital accounting is commonplace, they truly will) but because their customers, consumers such as myself, refused to change what they bought? So I began to wonder, at COP-21, what could I pledge personally that might make a difference?

There are some obvious examples of consumer demand that destroys natural capital. For example, beef usually damages forests, climate and freshwater supply. These 'externalities' of livestock farming are estimated at several hundred billion dollars. I had stopped eating beef (and all other meat) several years ago in 2009, when I realised (through TEEB research) the extent of natural capital damage caused by meat production systems- such as the impacts on mangrove forests of prawn farming, the unsustainability of ocean fisheries and livestock's long shadow on rainforests. So I could not commit much more on that front.

But what about my use of other heavily advertised, high-footprint, "volume" goods? The footprint of clothing is immense, including GHG emissions and freshwater impacts along its value chains. I pledged a change personally at COP-21, where I wore a "new" suit. It was my father's. I had 'borrowed' it from him due to some rushed and careless packing and a stopover in New Delhi. This suit was four decades old, but you'd never guess: styles in men's suits seem to turn in circles, and this was a well-known French brand. So I wore it right through COP-21 and entertained myself by asking people I met to guess when I had bought it: the most educated guess was "seven years ago".

I called my father in India and told him about this pledge. He laughed, and promptly gifted me another four old suits from when he lived in colder climes. They all fit me perfectly, and seem none the worse for wear. I have resolved to never buy another suit for the rest of my life. I treasure these "new" old suits for sentimental reasons, and because my personal climate pledge now also requires me to keep my weight in check.

Now isn't that an unusual positive externality, for a suit-maker? The brave new world of 'Corporation 2020' awaits.

Pavan Sukhdev is founder-author of 'Corporation 2020', a movement that sees corporate sustainability as the cornerstone of a 'green economy' and maps a rapid pathway to a new model for corporate behaviour driven by regulatory changes & responsive to the reality of planetary boundaries and their imminent tipping-points. Pavan wrote his book 'Corporation 2020' at Yale University where he was awarded the 2011 McCluskey Fellowship. Pavan is also founder-CEO of GIST Advisory, a consulting firm that specializes in helping governments and corporations value and manage their impacts on natural and human capital.

Earlier, from 2008 to early 2011, Pavan was Special Adviser and Head of UNEP's Green Economy Initiative, and lead author of their report "Towards a Green Economy", as well as Study Leader for the G8+5 commissioned project on The Economics of Ecosystems and Biodiversity (TEEB). Pavan was appointed to lead TEEB by the EU Commission and Germany, and delivered its "Interim Report" while still working full time at Deutsche Bank in 2008. He then took a sabbatical from Deutsche Bank to lead TEEB and the Green Economy Initiative for UNEP from 2008 to 2011.

Pavan is a Goodwill Ambassador for UNEP, a role in which he promotes TEEB implementation and Green Economy transitions to governments. He serves on the boards of Conservation International, the Stockholm Resilience Centre (SRC), TEEB, and the Global Reporting Initiative (GRI).