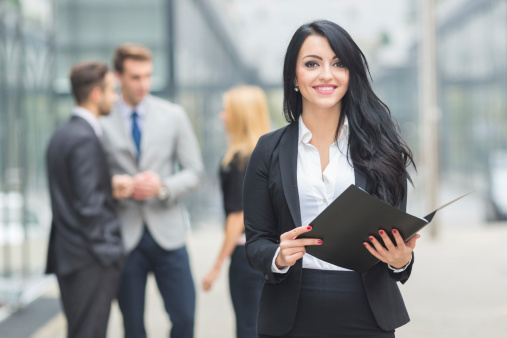 Everyone is talking about the challenges women face in reaching the top of the corporate world, and it seems like every version of the explanation follows a similar storyline: There is a bias in business toward masculine qualities like confidence, assertiveness, and competitiveness, and yet female leaders who display these behaviors are labeled jerks--or worse--because they're violating social norms about how women are expected to act.

Popular stereotypes would have us believe that women are more likely to display feminine behaviors like listening and supporting. The problem is, these gender stereotypes don't apply very well to corporate managers, according to a recent article in Talent Quarterly, Changing the Narrative on Why Women Aren't Reaching the Top, by my colleague Rob Kaiser and Wanda T. Wallace.

Kaiser and Wallace designed and conducted gender audits in six global corporations in which they analyzed how coworkers rated male and female managers on gender-stereotypical dimensions--the degree to which they exhibited Forceful (using personal and position power) versus Enabling (creating conditions for others to contribute) behaviors. "The findings are the opposite of what you might expect," they say. "Women were more likely [than men] to be rated as 'too much' on such Forceful behaviors as controlling, directive, outspoken, and demanding but 'too little' on the Enabling behaviors hands-off, empowering and receptive to push-back."

But perhaps the biggest news is that Kaiser and Wallace also found something that the current conversation overlooks: The greatest differences between men and women were on non-gender stereotypical, business-oriented dimensions--the extent to which they focused on Strategic (positioning the company for the future) versus Operational (focusing on short-term results) issues. Women were rated better on results-orientation, tactical, attention to detail, and follow-through compared to men. However, men were rated better on strategic behaviors whereas women tend to be rated as "too little" on big picture perspective, growth orientation, and risk-taking.

So it's not how women lead that holds them back, it's what issues they spend their time on. Simply put: women get boxed into the role of implementer, executing someone else's agenda. Successful corporate women excel at minding the details and getting things done--the ideal person to have reporting to you. The trouble is she gets seen as the reliable doer but not strategic enough to lead across the enterprise.

"All is well until you leave for a new role. As a top-performing number two, she expects to get your job. But no one else sees it that way. To them, she is the implementer who gets it done, not the ideas person," wrote Kaiser and Wallace.

"To make matters worse," they say, "the organization assumes she is not ambitious for the top job and that she prefers the role she has because it lets her balance her life."

In all the dialogue on the need for gender parity in leadership, no one seems to be talking about these dynamics. It would help more women get to the top, and succeed there, if some of the energy we spend identifying unconscious bias and other barriers based in stereotypes was redirected into helping women along career paths that expose them to different functions, business units, and geographies so that they could broaden their perspective and cultivate a broader strategic skillset. What's more, this is an empowering message for women. Developing one's own strategic strength is more within our control than changing other people's biases and prejudices.

Jennifer Farrer, the author, is a consultant with the executive assessment and development firm Kaplan DeVries Inc. specializing in helping executives lead better and lead better lives. Rob Kaiser is a Partner at Kaplan DeVries and the President of Kaiser Leadership Solutions which develops and distributes cutting-edge leadership assessment tools. Wanda T. Wallace is the President and CEO of Leadership Forum, Inc., which coaches leaders, builds teams, and consults with organizations on leadership capability and managing diversity.