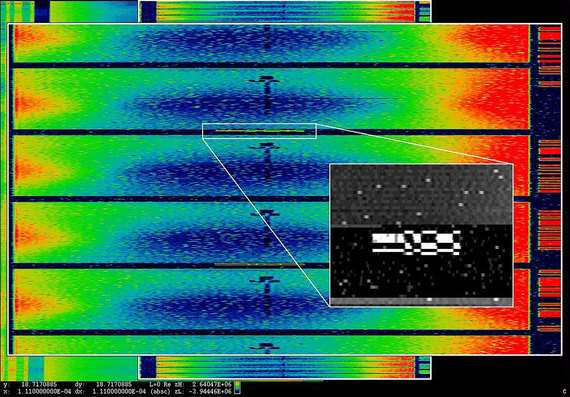 To say that cameras are powerful tools is an aging understatement. Since their invention, cameras have been used to document significant events and moments, providing evidence and illumination intended for critical impact on large audiences. The original violence of the camera was exposure, and then the subsequent incitement of action, such as a riot, or an aggressive political movement. Today, the lens cuts right to the chase and can kill you on site. This intensity of the new power of images and imaging systems is at the core of Astro Noise, the new Laura Poitras exhibit at the Whitney Museum.

More famously known as the filmmaker attached to the Snowden revelations (as seen in Citizenfour, the closing chapter of her post-9/11 trilogy), Poitras has been a forceful character in documentary filmmaking, even before she found herself on a federal watch list. Her films already pushed the boundaries of documentary filmmaking, using various found (intercepted or hacked) footage and images that seemed to want to burst out of the screen; being contained in a narrative film wasn't enough. At the Whitney, they are freed into physical space, and enter a dialogue with dozens of other images, ultimately turning the top floor of the Whitney into a rogue, politically-charged media lab.

The most "documentarian" room in the show is a series of slots cut into the wall (such as would be found in a prison cell door) that reveal an interior space inside the walls. These contain various documents and videos of post-9/11 and post-Snowden memorabilia: top secret documents from the CIA, cell phone footage of drone-strike aftermaths, screens with undecipherable video noise, etc. Curiously, there is one slot just high enough that even the tallest museum-goer wouldn't be able to peer inside. With some jumping you can deduce it's a video, but it's unclear what exactly the video is showing. Perhaps a nod to the show's premise: that even setting out to discover doesn't always yield results. 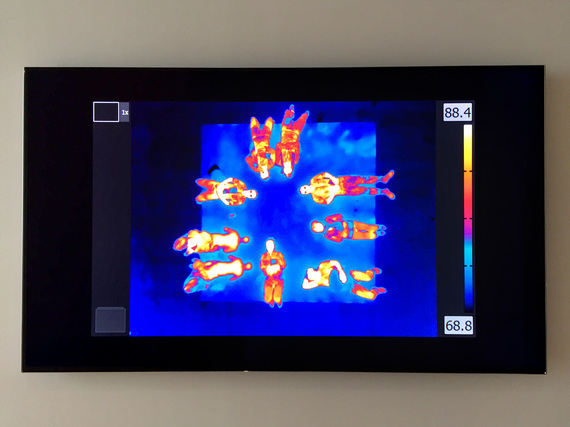 The most mesmerizing of the six rooms is dark, and empty except for a large, carpeted rectangle designed to be laid upon for staring upwards. Above you is a slow moving montage of footage from drone watching and stargazing in Yemen, Pakistan and Somalia-- countries where the U.S. uses drones for targeted killings. It's titled Bed Down Location, which is the haunting military term for where a target sleeps. As if we hadn't felt implicated enough after stumbling back into the light of the next room, a monitor on the wall shows that an infrared camera above us was live-streaming our bodies as we gazed up.

The show has a similar effect that watching Citizenfour for the first time has: the guttural sensation of witnessing something dire unfold before your eyes, tense with uncertainty about what it will all mean. With an entire floor of a museum at her disposal, Poitras nails this feeling again - but this time she puts your entire body through it, letting the images puncture you harder than ever.

Astro Noise is on view at the Whitney Museum from Feb. 5th - May 1st.