In the past few weeks, two stories have come across my newsfeed, stories where a bystander uses his or her cell to take a pic of a mom doing something the bystander deems inappropriate. Then the person posts the mom's picture online where she is subject to being shared and scrutinized by thousands of strangers. These are not celebrity moms. These are everyday women.

First I read the story of a mom child-wearing her 5-year-old while shopping in a store. The store manager took a photo of the pair and posted it on her personal Facebook page along with critical commentary. The photo began circulating online, and the mom later discovered the photo herself.

The second story was a mom who was nursing her baby in a restaurant when a stranger took a photo of her and posted it online, along with a comment stating she needed to "cover up." The mom recognized her own photo after it had gained popularity online.

Moms are used to opinions, often unsolicited, from relatives, friends, neighbors, co-workers, and sometimes more annoying and intrusive from strangers. But taking a photo of a mom and her children and using it to crucify her for her decisions is horrifying and a total invasion of privacy. These are moms doing everyday things: eating, browsing merchandise at a store, walking down a sidewalk.

I'm not only infuriated for the two women, but I felt a visceral reaction to their stories. Last month, my family and I were on vacation on the Gulf Coast. We were walking into a large discount store when my girls announced that they needed to use the restroom. As we walked, holding hands, toward the bathroom located directly across from several checkout lanes, I saw a girl, who appeared to be about 16-years-old, do a double take when she spotted us. She fumbled with the phone in her hand, then raised the phone to face us, ready to take a picture.

We are often the recipients of second-glances, comments, and questions. I'm a white woman, and my daughters are both black. When our entire family is together, it's apparent that our children were adopted, because we, the parents, are white, and all three of our children are black. We are asked what country our children are from, if they are "real" siblings," how much the children cost, why we couldn't have our "own" children, and many more questions.

When the girl tried to snap a photo of the girls, I quickly shuffled them in front of me and through the restroom door. I was livid, fuming as I held the bathroom door stall shut for my daughters. My first instinct was to get my daughters out of the girl's line of vision as quickly as possible. But the more I thought about it, the more I feel I should have confronted her, telling her she was being inappropriate. In essence, she needed a good talking to.

Everyone is subject to scrutiny, but to take a photo of a mother and her children, post it online, and let the flaming begin, is simply unethical if not dangerous. Photos of children, as often reported in the news, can be used by sexual predators for disgusting and inappropriate purposes. As for moms, we face enough judgement for our choices: working outside the home or staying at home, choosing formula or breastmilk, implementing helicopter parenting or free-range parenting, vaccinating our children or not. We certainly don't need strangers to make us even harder on ourselves.

Most moms are doing the best they can. They are making choices, and they are living with the consequences, both positive and negative. They may not make the same choices others would make, but really, why do bystanders care? Don't they have their own life to live? Their own story to create? Their own decisions to make?

Taking and posting photos of women during times when they are mothering in order to shame them publicly is cowardly and quite telling of the person who takes the photo and those who choose to post comments online about the mother and her child. It shows that instead of reaching out a hand to help, a smile, a compliment, or sometimes better yet, nothing at all, some are willing to spend their energies tearing down the women who are raising the next generation. 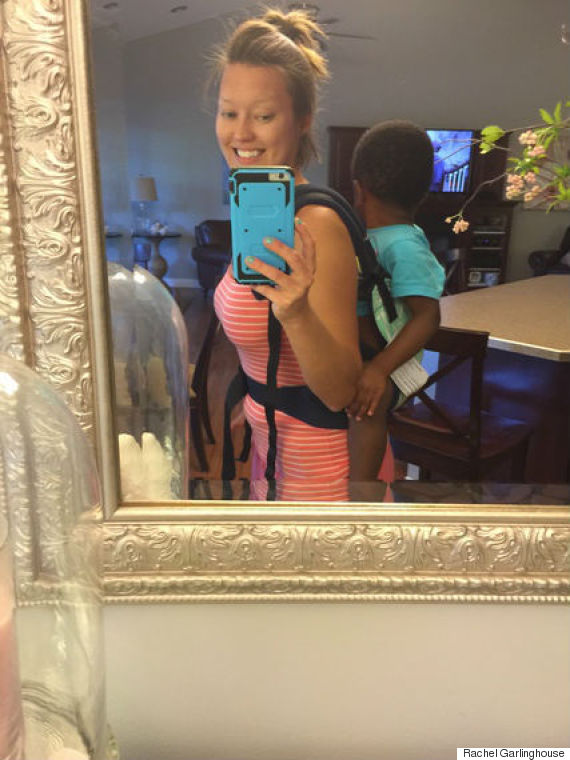