The term n*gg*r is a word that I abhor and a word that I have never used in reference to another. N*gg*r is a word that was NOT used in my home growing up and it's a word that my 9 and 10-year-old daughters have no understanding. For n*gg*r is a word, that alone without provocation, has led to broken spirits, broken bones, whipped bodies, lynched necks, fights, jail sentences and death. In recent weeks, the word n*gg*r has once again shown its power to sift the conscious of our America to reveal lumps of hatred, racism and intolerance. 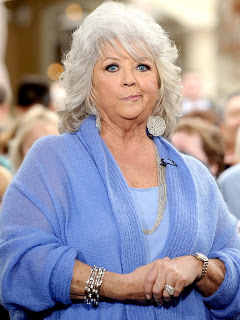 Paula Deen's empire has crumbled because she nonchalantly and callously admitted to using the word n*gg*r; Piers Morgan took time out with Rachel Jeantel, the star witness of the George Zimmerman trial, to ask what the difference between n*gg*r and nigga is; Oprah Winfrey star of "Lee Daniel's The Butler" explained during the movie's promotional tour, why she doesn't use the term n*gg*r; and comedian/actor Tim Allen asked an ill-advised question: "How can 'n*gg*r' be bad coming out of my mouth?"

[I]t (nigger) is arguably the most consequential social insult in American History, though, at the same time, a word that reminds us of 'the ironies and dilemmas, tragedies and glories of the American experience.

In my ignorance, I thought "n*gg*r" was still defined as; " a debased, ignorant, and rather low person", as I was taught as a child. I can only assume Queen Latifah had the same understanding of n*gg*r's definition when years ago she was quoted in Newsweek criticizing the U.S. government saying, "Those N*gg*rs don't know what the fuck they are doing." In fact, the majority of my 35 and older friends agree with David Pilgrim's contention: "Whether used as a noun, verb, or adjective, it (n*gg*r) reinforced the stereotype of the lazy, stupid, dirty, worthless parasite" -- thus "a debased, ignorant, and rather low person."

I have learned, to my great disgust and dismay, that the definition of "n*gg*r" has been altered tremendously. N*gg*r is defined by Merriam-Webster Dictionary and at least 30 other available sources, as "a black person" followed by definitions of: a member of any dark-skinned race and a member of a socially disadvantaged class of persons. Despite Webster and other sources indicating that it is a extremely disparaging and offensive term, and a couple sources taking the additional steps to explain "disparaging and offensive", the first definition of n*gg*r is nevertheless; a black person.

Consequently, if one, especially one who is non-black were to look up the term one might be confused as to WHY calling a black person a n*gg*r is a problem. Merriam-Webster editors don't explain that "n*gg*r" conjures up painful reminders of America's racist past of brutalizing, enslaving and demeaning Africans and Black Americans for hundreds of years. The editors fail to educate the researcher that "n*gg*r" is used with the intent to deliberately make black people feel inferior.

In a quest to know when Merriam-Webster and other sources quietly changed the definition of n*gg*r to validate the racist psyche and language of America's recent past, I scoured online sources -- to no avail. I read Nigger: The Strange Career of a Troublesome Word by Professor Randall Kennedy. I learned much about the word and its origin. The book begins with a brief history of the word "N*gg*r," which appeared in the 1600s and was used without pejorative connotations. By 1837, however, the N-word was commonly used by whites for the purpose of expressing contempt and inflicting pain." Still, I have no better understanding as to when n*gg*r was no longer "a debased, ignorant, and rather low person" but was uniformly defined as "a black person."

I journeyed to books stores that sold old dictionaries and I was shocked to learn that the definition of n*gg*r as "a black person" has been used in our dictionaries from at least 1962, which was the oldest dictionary I was able to locate. What I find puzzling is that I was not yet born in 1962 and yet what I was taught is different from what was defined by the leading authorities in the field. To date, I have not been able to locate a hard copy of the dictionary that defines n*gg*r as I was taught: "a debased, ignorant, and rather low person."

Oprah Winfrey was correct when she stated, "She (Paula Dean) is not the first white lady to use the N-word! Good lord!" Nevertheless, we cannot let this racist mentality and language go unchecked, especially coming from high-profile individuals. Society has spoken very loud and clear that despite a dictionary's definition of n*gg*r as "a black person" we will never accept, nor tolerate its public use. I do not think N*gg*r and N*gga are words that should not be uttered by anyone, including blacks. 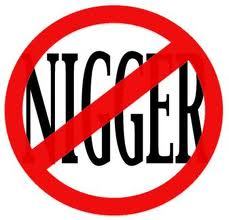 The fact of the matter is that current uses of the word N*gg*r cannot erase, transform, eradicate, or successfully redefine its authentic, ghastly definition. In fact, if the continued use of N*gg*r could eradicate it of its original meaning then I am sure by now it would be okay for a white person to call me a N*gg*r but a white person cannot do that because of the history of N*gg*r.

No matter how Merriam-Webster and other dictionaries define the N-word -- I have never and will never be a n*gg*r -- although I am very proud to be a black person.