We all know from watching the real-life stories of gangsters and cheats that it is often the paperwork that gets them in the end. They are put away for tax fraud or mail fraud, or fined for not including their ill-begotten gains on required financial disclosure forms. To avoid this fate, the wise swindler avoids the paperwork. But if the paperwork is necessary for the con, as in the case of a for-profit college masquerading as a charity, what is a clever charlatan to do?

The New York Times has now given us our answer. Arthur Keiser, friend of politicians, feeder at the trough of federal college aid, apparently told the truth in his IRS paperwork, admitting to the creative abuse of charity rules (excerpt below). A brilliant move, perhaps, since the IRS does not have the resources to audit many charities these days. (He told the New York Times that what he has done must be okay because he disclosed it.) 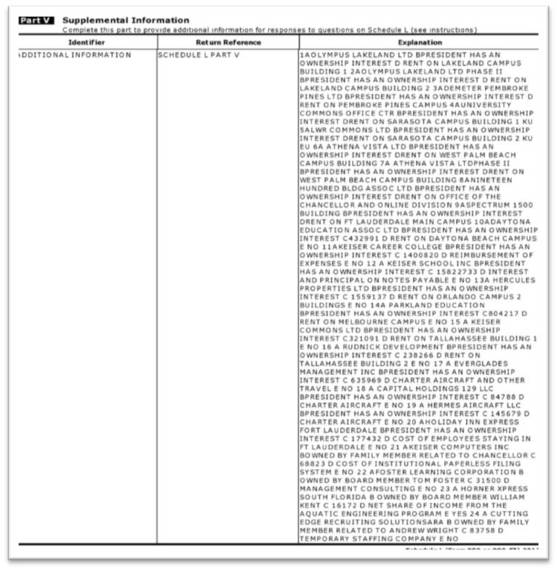 Most people understand instinctively why it is safer for education to be offered through nonprofit or public organizations: there are no owners who would benefit financially from cutting corners or lying, something that is easy to do with a product as amorphous as a good education. To be sure, trustees of nonprofit and public universities do not always make the best decisions, but systematic consumer rip-offs are mostly a for-profit phenomenon.

Because of the inherent hazards of for-profit colleges, their decision to forego trustee control brings on other requirements if they want federal money. Specifically, federal aid can only be used for vocational programs, since it is easier to measure whether someone was trained for a specific job than to tell whether they got a good liberal arts education. And they must demonstrate their market value by demonstrating that there are people who would buy what they have to offer even without federal aid.

Even though those two restrictions -- imposed because of his insistence on rejecting trustee control -- are riddled with loopholes, they were still too much for Keiser. So he declared his enterprise a nonprofit through a lucrative self-buyout as described in the Times article. But instead of giving up control -- as the slide below, from his own association of for-profit colleges, says is required -- the organization is still very much his. 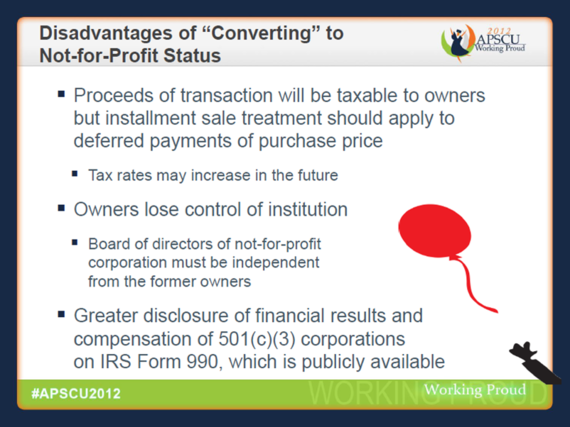 Keiser is not the only one. Carl Barney, arranged for schools he owned to be purchased for $431 million by a small nonprofit organization, according to the group's IRS paperwork. Barney controls the board of the nonprofit that now owes him, with the power to replace the trustees if he doesn't like anything they do. The U.S. Department of Justice is actively pursuing a whistleblower case against one of Barney's schools.

Keiser and Barney may have been inspired by a for-profit called Education America that sold itself to a fledgling nonprofit college for $135 million in 2011. According to its IRS disclosure form, the faux nonprofit pays the school's trustees principal and interest on the loan for the purchase, as well as rent payments for property used by the college but owned by the trustees. The former CEO of the for-profit is now the CEO of the nonprofit, and the for-profit founder is a trustee of the nonprofit.

In January, Henry Herzing's eponymous university announced that it had been acquired by a nonprofit that Herzing also controlled. Herzing is now chancellor of the nonprofit entity and his daughter is president. According to a local press report, Herzing made the change to dodge federal regulations, and probably also to gain access to state funding that is limited to nonprofits. The university claims the deal was made "in accordance with applicable regulatory and accreditation requirements, including the requirements of the U.S. Department of Education" and of the State of Wisconsin (where Governor Scott Walker has proposed eliminating state oversight of for-profit colleges).

For investors, creating a fake nonprofit is starting to look like an exciting business opportunity. Two of the larger, publicly-traded companies that run for-profit colleges recently disclosed they are considering mimicking the smaller pioneers who have so far managed to escape IRS scrutiny (see here and here).

Taxpayers do not need to put up with this. Federal aid is not supposed to go to colleges that are not responsible and capable in handling it. The admissions these college owners have made to the IRS are enough; there is no reason to wait for an IRS audit. Secretary of Education Arne Duncan should immediately cut off their access to government financing.