It's been three years since the divorce, but it occurred to me this morning that I had something I needed to tell my ex-husband.

And it's only this: there were nice times too.

We'd walk down our tree lined street in the evenings, after dinner was done. Our long days, our bright evenings, the broken down cars, all forming into an amalgam of married comfortableness. It was year 7, half the years still ahead and that many behind. We were fine, then. Fine. Still talking about things, still trying. You talk, I talk, we talk. Were we listening to one another or were we only waiting to speak? It didn't matter then. The pace, our feet on the pavement, our voices in the street: all of it was sweet and the air was fine. We were fine, maybe even more than fine.

And even earlier than that, the second year maybe. When we were even more than fine. We found a hundred dollar bill on the ground of a gas station parking lot one evening, after dinner. It was January of that cold year, I was 22. He was 22. I spotted it first, I was always looking down -- but my pregnant body could barely stoop to pick it up. Wrenched with guilt over who had lost it, wrenched with the need for so many things for a baby. Should we ask inside, should we leave it with the cashier? We waited around to see if someone would return for it, sitting in our little Ford Contour, wasting the gas we had scraped up to pay for. Do you see anyone looking for it? We should wait a little longer. And when no one came along, we tied the guilt to a balloon and bought a wind-up swing with a crank handle. We bought packs of baby sleepers and counted out that money and counted our lucky stars.

There was the first night that we brought that first baby home, laying in our big king size bed, her little body wedged between us. Smiling at the smiling face perched on either side of her smallness. We made her, somehow -- impossibly. We did this one thing right. And he was kind, I remember it clearly. And so good to her. Cradling her neck just right, helping lift my sweating, sagging body from the bedside, when the sliced muscles of my belly didn't want to propel me forward. Slow, now. Lean on me. I've got you.

And he had me.

It wasn't all bad was it? Wasn't it just a little bit good, before it was bad?

This is what I'm thinking, now. It took me three years to remember it.

That is where the end of the marriage fails us: we start to believe there was nothing good at all.

And it makes us harder than we need to be. It makes it all so much harder than it needs to be years after it's finally ended.

I read the comments strangers leave on essays on The Huffington Post about divorce. And it seems as though no one, certainly not me, can speak of ending a marriage with relief without the criticism from those still married, that no one divorced can say "We tried" and ever possibly mean it. It seems, to so many, that the real relief, the real "trying" only comes from staying married, forever.

But I have witnessed the last breaths of a dying marriage and I don't think it makes you heroic to say, "I'm staying" no matter what the wreckage. It certainly isn't braver to ignore the badness, just to avoid the break. I'm not certain there's any winner there or any uninjured party -- the quitters or the stayers. There's only two people, in either case, trying to carve out something better for the rest of their days. That's all. And anyone who tells you otherwise is unknowing or unkind.

Life changes people. The road gets rocky, there's an unplanned detour. I do know this though: there's always a reason to begin, in the beginning. No one starts out on the journey of marriage thinking of how they would divide the map, when they came to the end of the road together. It ends, sometimes. It just ends.

But there's usually a love story that precedes the end. After it is all said and signed, maybe it is better that we remember that instead?

I was thinking now, that if we could remember laying there, over the sleeping face of our first born child, maybe we could try a little harder to be kind, as we each sit with our new husband and new wife, in the audience of that same child's band concert.

I was thinking that if we could remember that we had nice times, too -- we might just be nicer to each other now.

And the hard anger that still lingers might fade into something more pliable, and we could find a way to work within the softer space that we have to live now.

Wouldn't that be nice? 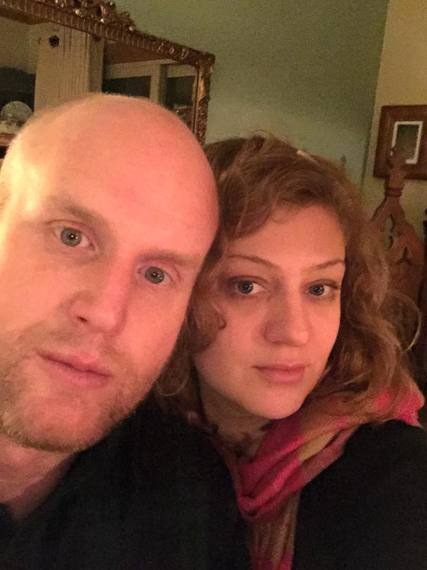 Love After Divorce
More:
remarriage co-parentingdivorceParenting After DivorceLife After Divorce
Newsletter Sign Up
An essential daily guide to achieving the good life
Subscribe to our lifestyle email.
Successfully Subscribed!
Realness delivered to your inbox