The recent box office bonanzas scored by such 3D releases as Avatar, Alice in Wonderland, and Toy Story 3 have inspired many producers to see what properties are adaptable to today's 3D film technology. Some have rolled out so-called 3D products whose use of the technology is pretty lame. Not every film studio has the artistic integrity and financial strength of Walt Disney Pictures, Pixar, or DreamWorks.

The result is that some so-called 3D films get rushed to market in a brazen attempt to cash in on a marketplace where people will buy anything that has the term "3D" built into its marketing campaign. Over the years, I've seen some pretty awful movies (Carnosaur, Rock Haven, Centurions of Rome, Adela, Ciao, The Blood of Rebirth). None, however, has been as expensive, as overproduced, as idiotic, as appalling, or as stupefyingly reprehensible as the giant steaming turd known as The Nutcracker in 3D (which will be released in theatres over Thanksgiving weekend). 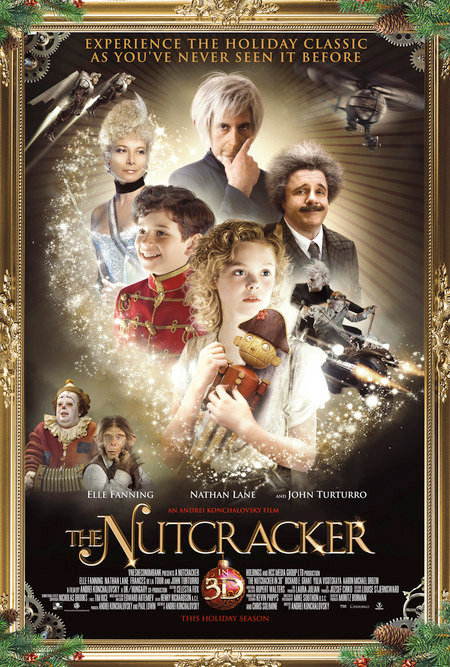 Poster art for The Nutcracker in 3D


How bad is The Nutcracker in 3D? Instead of handing out 3D glasses, they should be handing out barf bags and bedpans at the entrance to the theatre.

If, on the other hand, you're a rational person with an ounce of self respect, don't spend a cent of your hard-earned money on the tsunami of fecal waste that is The Nutcracker in 3D. This is such a heinous and despicably greedy rape of a classic that to call Andre Konchalovsky's film a whopping piece of shit might unintentionally lend it some dignity. In far too many ways, The Nutcracker in 3D is like an afterbirth: something that (despite its purported nutritional value) should be severed and left behind so that life can go on.

Just when you thought that wretched excess could become no more wretched or excessive, along comes The Nutcracker in 3D, a film whose script (written by Konchalovsky) is so sophomoric that it makes Howard the Duck seem downright Shakespearean. The marketing campaign for The Nutcracker in 3D challenges audiences to "Experience the holiday classic as you've never seen it before."

That much is true.

According to the film's trailer, The Nutcracker in 3D is "based on the story and music of Tchaikovsky." However, for the sake of historical accuracy, it should be noted that this film is actually based on E.T.A. Hoffmann's story, The Nutcracker and the Mouse King, that was written in 1816. Tchaikovsky did not compose the ballet music for The Nutcracker until 1892.

Whereas The Nutcracker ballet that is beloved by millions focuses on the story of the Mouse King, Konchalovsky uses Hoffmann's subplot about the Mouse Queen as a jumping-off point to transform the mice into an army of vicious rats led by a campy John Turturro -- in a white Andy Warhol wig -- whose mother (the Rat Queen) is played by the same actress (Frances de la Tour) who portrays the drunk housekeeper.

Don't think that Konchalovsky limited himself to ripping off ideas and images from The Wizard of Oz. In order to appeal to adolescent boys, there are attack helicopters, Star Wars-like air taxis, giant robots stomping around the territory, a battle scene that looks more like a video game, and a scene straight out of Chicken Run. 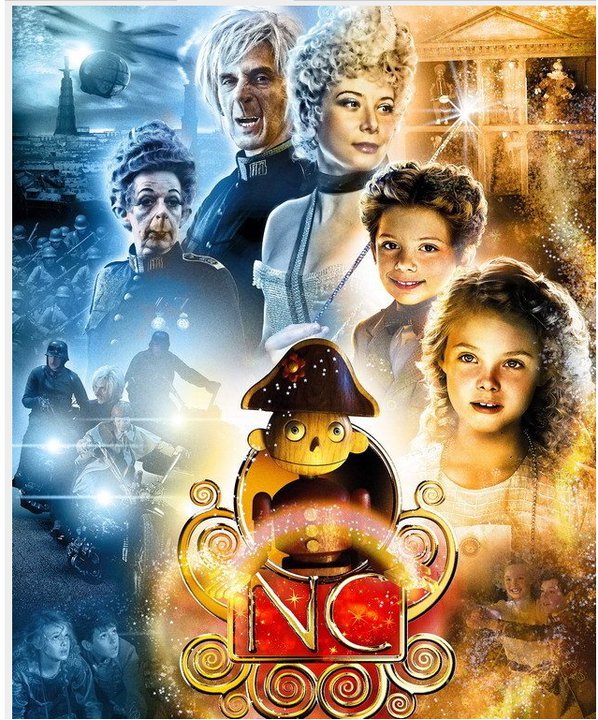 Poster art for The Nutcracker in 3D.


The Drosselmeyer character has been transformed into an Einstein-like Uncle Albert (Nathan Lane in one of the low points of his career). Mary (Elle Fanning) is, of course, delighted with the new dollhouse that contains such curious toys as Gielgud (who becomes a talking monkey). The Nutcracker gets nicknamed "NC" and there are numerous references to Sigmund Freud in Konchalovsky's script (which might seem inspired if it had been written for a high school or summer camp musical).

Once you hear Nathan Lane's Uncle Albert respond to a young boy's question by saying "If I tell you, I'll have to kill you," you might think there would be nowhere to go but up. But you would be wrong. So horribly, pathetically, pitiably wrong.

With the action set in Vienna in the 1920s, it's only fitting that the army of rats should be dressed like Nazi soldiers intent on "rat-ifying" adjacent territories. While reading through Konchalovsky's website, I came across some prophetic quotes from past projects:

There were obvious warning signs that this film might be the Thanksgiving holiday's biggest turkey:

Perhaps it would be wise to apply Six Degrees of Kevin Bacon to The Nutcracker in 3D:

The surest indicator of this film's artistic bankruptcy may very well be Konchalovsky's use of so much music by Tchaikovsky from sources other than The Nutcracker. When someone adapting The Nutcracker doesn't even have enough faith in the source material he is using, it's a sure sign that disaster lies ahead.

Why should you avoid this film like the plague? The Nutcracker in 3D insults the intelligence of people who are just learning how to talk. Here's the trailer.