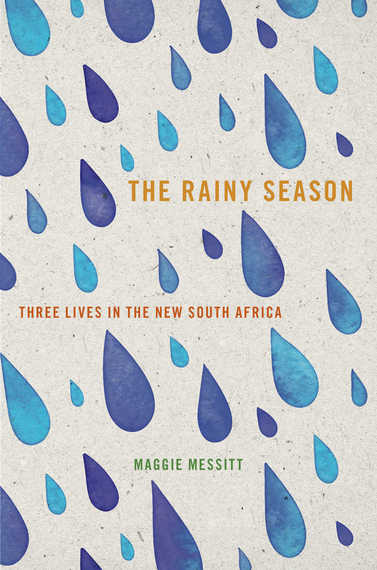 Maggie Messitt is the author of The Rainy Season, a work of narrative journalism that explores the lives of three people living in South Africa after apartheid. She traces the experiences of Thoko Makwakwa, a traditional healer and illegal pub owner, Dankie Mathebula, a high school student facing his matriculation exams and adulthood, and Regina Hlabane, a tapestry weaver in her 60s managing the conflict between her faith and the AIDS pandemic. Messitt spent eight years living and working in rural northeastern South Africa to be able to share these stories.

To begin, what made you buy that first one-way ticket to South Africa? How did the people in your life react? What gave you the strength to follow through with this decision?

I was 24 when I sat at my parents' kitchen table to tell them. I'd just flown back from a month in South Africa, via San Francisco (where I was living at the time) to swap bags and head to the Midwest for one of my best friends' wedding. Let's just say, the room was silent when I told them that I'd taken a new job and I'd be living in a rural village near Kruger National Park in South Africa. My father eventually walked into his den, returned with the largest atlas you've ever seen, plunked it on the kitchen table, and looked at a country he never planned to visit. To make things worse, the town where I'd intended on moving wasn't even on the map. So, I took a pencil and drew a small dot.

On one hand, my move was a surprise. On the other, I don't think it was. This kind of choice is something my family, I believe, has come to expect from me. The reason for my move, however, had many layers. I was an MFA dropout, I'd been teaching in the inner city for a year and writing, and I was desperate to find the place and situation where my undergraduate studies in journalism and human rights could come together. An opportunity arose in South Africa and I took it. While my host organization secured my visa to move there, there wasn't actually a job waiting for me. But, by the time that came to light, I was already there. I'd sold everything else I owned, and I wasn't about to turn back with my tail between my legs. So, I made a life for myself there. I freelanced. I started a writing school for rural African women. I started a community newspaper in Acornhoek. I returned to grad school, this time a low-res MFA, and graduated. And, I worked on this book. 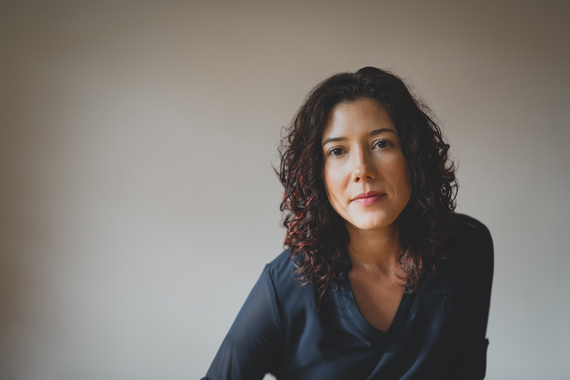 You live in two places, South Africa and Middle America; what do you see these places sharing?

I lived in South Africa for six years, full-time, followed by two years of splitting my time between my home in northeastern SA and my home along Lake Monona in Madison, Wisconsin. Three months here. Three months there. Repeat. Repeat. Repeat. It was a terrible time for me. When I was in Madison, I missed Africa in a desperate way. When I was in South Africa, I missed my friends in Madison and the simplicity of my life in the United States. No matter which place I was in, I was doing work for both locations, so I slept very little. Technology has made the world so small, allowing us to communicate with anyone, almost anywhere. It afforded me the opportunity to be in two places that I loved, to be near family for the first time in too long and to focus on a writing life in both. But, I was never home.

Ultimately, these two places are very different from one another. But, when you get down to it, the issues I covered in Wisconsin and the issues where I live right now in Appalachian Ohio, just a stone's throw from West Virginia, are similar to the concerns in rural South Africa: poverty and the extreme gap between the rich and the poor, unemployment, unions, the right to basic resources and a good education, the divide between the rural and urban experience, protesting against one's government, the rights and desire for a simple and safe life, and a racism that sits inside a country's bones. These are universal storylines.

When did you know that you were "old news" and finally integrated enough into your new community? What clues did you have?

Well, to clarify, I was as "old news" as any white person was going to become inside a village that was once part of an Apartheid homeland. For those who aren't as familiar with South African history, the homelands were similar to Native American reservations and, legislatively, they were considered their own countries within the larger country of South Africa. There were a total of ten. They had their own governments, school system, etc... But, ultimately, they were still South Africa and they were still under Apartheid. A now peri-urban community, Acronhoek was actually divided down the middle, via the railroad tracks, with Lebowa (the Northern Sotho homeland) on one side and Gazankulu (the Shangaan homeland) on the other. It was a community in which I invested my professional life as an editor, teacher and writer. I lived about fifteen minutes away, almost equidistant between Acornhoek and Hoedspruit.

So, I was as "old news" as I was ever going to get in this situation, particularly inside Rooibok, the community where Regina, Thoko and Dankie reside. It's hard to even remember the exact clues, but I will never forget the day that Anna Mdlulu was telling a story (to someone else) and she stopped in the middle to clarify, "I told him, "Maggie isn't a malungu. She is one of us." And, while I knew I wasn't, I understood what she meant. She and others in Rooibok didn't see me as someone from whom they could get a job or someone from whom they could expect money. I was just around, listening to stories. I was there to understand. And, this played out in real conversations about the past, hopes, and worries. I could step inside Thoko's homestead and people had learned to ignore me. It's only natural for people to notice the only white person around, but if they saw it was me, they responded much like Anna had. I had somehow slipped into this netherplace. I was an outsider, but I was a welcomed guest. I had stepped inside the grapevine and knew what was happening. I was welcome inside both traditional and family events. I could walk into a home with Regina, Thoko, or Dankie, and, even if I didn't know the family, everyone knew me, what I was doing, and that I was "okay."

Truthfully, about a year into my reporting, I grew significantly aware of just how unusual this was and that, while Rooibok accepted me as a fixture, it wasn't easy for other outsiders to accept me inside. On the mission, there were priests from Spain and Germany. They would stay for four or six year appointments and then move to a new location. Focused on Sunday evangelism over week-long service, the priests said mass on Sunday and the rest of the week, mass was conducted by residents. Regina would sometimes say mass. As a result, I attended (on those days and sometimes Sunday), sang, and had my own mass book in xiTsonga (Shangaan). One Sunday, I left mass, spoke with many of the women in the churchyard, and then climbed into my car to head home. The priest approached me and told me that he thought there were churches better suited for me. He recommended that I no longer attend mass at the little yellow chapel and rather attend mass in someone's home in Hoedspruit where mass would be in Afrikaans. "You'd be more comfortable there," he said. In moments like this, I understood how integrated I had become. What he'd requested represented his own inability to accept my presence in Rooibok while the residents had long passed that barrier.

The old feminist adage, "the personal is political," resonates with me in terms of The Rainy Season. We see the lives of three people and can't help but reflect on the larger political implications. I am curious about your choice to use narrative in this way, and if you see your work as shedding any light on the politics of this place.

I think every story, if told well, has larger implications -- political or otherwise.

This is the reason I'm most interested in tackling complex issues through the lens of every day life. I don't tell you how to think, feel or interpret the experience. I'm more focused on bringing you inside a story and the lives living it.

You clearly believe in the power of story working as a journalist, writer, and writing teacher; what advice do you have for other writers you want to share the real life stories of other people?

I think, too, many writing students see creative nonfiction as an avenue through which to tell their own stories. And, while it is, and many people are doing it well, I see it as way to give voice, a way for outsiders to step inside for a short time, a way to bridge some gaps and understand others who may be different from you, a way to identify universal stories where one least expects.

I spent years reading (and rereading) the work of Thomas French, Alex Kotlowitz, Jonathan Kozol, Susan Orlean and others, aspiring to do what they did. This isn't something I learned inside a classroom. Ultimately, I had to figure it out on my own. And, truthfully, it starts with learning to sit still, be quiet, porch-sit. While I had already started this kind of work in small ways before moving to South Africa, my life and my experiences there taught me the value of slowing down. The story isn't going to come in one visit. It may not come for eight.

My advice: Listen more, think cinematically when you report and get outside. Get out of the newsroom. Get out of the classroom. Get out of your apartment. Go hang out with people. And, when you do, record the experience (and, of course, take notes). When you return home, listen for your voice on that recording. Unfortunately, you'll hear it. Now, the next time you go out, tell yourself to shut up, and listen. Let there be silence. Others will eventually fill it. It is in these moments that the real story will start to unfold.