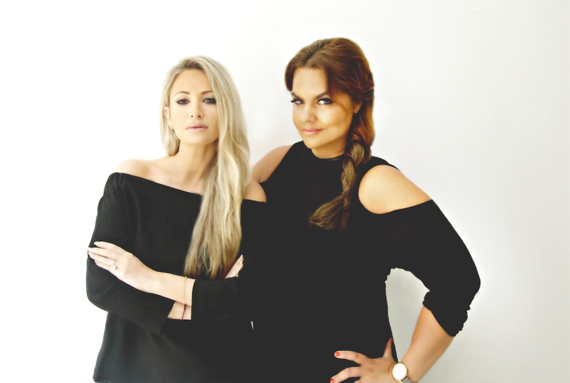 It happens all the time. A woman leaves her gig to have a baby or raise a kid or follow her partner in his or her career. Then, when they are ready to get back in the game, every door shuts squarely in her face. No one may say it out loud. But what they're thinking is clear. Too old. Too out of touch. Too focused on family.

Gwen Wunderlich and Dara Kaplan founders of Wunderlich Kaplan Communications, an NYC based public relations company, found themselves witness to this phenom again and again with friends and colleagues alike. So often that they decided it was time to take matters into their own hands. That's when the duo created The Enternship.

"The Enternship is for women over forty who have either been pushed out of or have had a hard time re-entering the workforce. It's a six-week paid internship to get women in the mix. We are also offering a four-week seminar of night classes for women who are unable to do The Enternship, as well as launching weekend seminars in LA, Miami, and Chicago.

"It's crazy how hard it can be for women to re-enter the workplace. All these insanely awesome women can't get jobs because they are deemed 'obsolete.' We want to smash that to pieces! That's what this program is all about."

The two were inspired by other female powerhouses looking to help women make waves. Women like Sara Blakely from Spanx who implemented the Leg Up Program; Nancy Meyers, who wrote and produced the "The Intern;" and Sallie Krawcheck who founded ElleVest, a digital investment advisor for women.

Applications opened on the morning of June 1st and came rushing in by the hundreds. The need and interest is clear and neither Wunderlich nor Kaplan are a bit surprised. The two talk about their own experiences and how and why they came to create The Enternship.

What did you dream of being when you were growing up?

What made you think you could start a business?

Kaplan: Neither one of us thought anything less. Both of our parents instilled in us a "can do" attitude. I grew up with a father that was the ultimate entrepreneur, he ventured away from a safe and successful family business to follow his heart in the movie industry and then on to many others non-traditional businesses. He is still doing the same, I just followed his lead.

Wunderlich: Everything I did was entertaining, so I always just had a "why not give it a shot" attitude.

What was the biggest challenge you faced?

Kaplan: We both lost our mothers at a critical stage in our lives, when we were in our early twenties. I was just graduating college.

Wunderlich: And I had just started my first business. Neither of us had someone to fall back on. We both had a choice -- pick up the pieces, move ahead, and succeed -- or not.

What was the one thing you wish you had known?

Kaplan: How many times you have to fall down on the way to the top and pick yourself back up.

What is the Enternship program that you're starting?

In one sentence, we are creating a program to help women who are over 40 who have either been bought out of their companies, chose to jump the corporate ship or just looking to change careers or otherwise break back into the workforce. We know how hard it is. Millennial is the buzz word du jour, and we happen to not agree with the idea that they are the only game in town.

Women over 40 have a lot to offer and they being cast aside for millennials, which often later bites their employers in the butts. We know. We have been there. The Enternship program allows women to still have an income while learning the tools, skill and trade during flexible hours of their choice.

Kaplan: Additionally, blogging, vlogging, emerging communication technologies and the ins and outs of social media will be explored. Not only will the women gain hands on experience, they will also begin to make new connections in the real world, which let's face it, we all know is key in the business of public relations.

Any options for women who whom the Enternship is not possible for whatever reasons?

We are also holding a 4-week, night course intensive called PR 4.0 and Social Standards: The Next Generation.

Wunderlich: We have gotten such a great response already that we will be doing weekend intensives to expand in LA, Miami, and Chicago

What made you decide to start the program?

Wunderlich: We have witnessed our friends unable to dive back into work, uncertain on how to approach the workforce after several years at home. We have observed friends and family members get bought out of their contracts; be passed over for their younger counterparts or denied jobs because of having too much experience. It is estimated that today, in the United States, there are upwards of three million women that have advanced college degrees trying to re-enter the workforce.

Kaplan: We can't help all three million, of course. But if we can help just these eight women we are starting with, we will be happy.

You know, women become mothers, one of the most important jobs in the world and then employers are less likely to hire them because they fear mothers will put their children first, making that woman's performance suffer. Men, on the other hand, do not face this. They don't have to choose. They have children and go on with their daily business like nothing ever happened, while women's careers are left in pieces. We want to support these women, help these women that have made the choice to bring humans into the world.

What are your hopes for the Enternship?

What kind of change do you hope this program will create on a larger scale?

Kaplan: We hope to not only empower women in the workforce but to urge other PR firms and women owned businesses as well to hire these talented, experienced, capable women who will truly bring value to their workplace.

Wunderlich: This has taken months of planning, and we can't believe the interest we have gotten from requests to teach at local schools, TV segments and hey, even a reality show. So who knows where this will go! Just within hours of the launch, we received over 300 resumes!

Wunderlich: This is a two prong answer. We are doing it for them, and we are doing it for us. As small business owners, it is extremely difficult to find smart, capable, resourceful, motivated, worldly women in the under twenty-five set. Not to say they don't exist, but they certainly are hard to come by. Millennials are on their own path, traveling, wanting freedom, building apps, which is great for them. But it's not what most business owners need.

Kaplan: Women need this. There is so much knowledge that this segment of women holds. People are forgetting that just because you don't Tweet does not mean you don't know what's up.