If you like things made out of copper, you'll love the little village of Santa Clara del Cobre out in the boonies of the western Mexican state of Michoacan. Here, the cobbled streets are lined with hundreds of shops selling everything from copper jewelry to copper vases, pots and frying pans to huge copper bathtubs -- and all at stunningly low prices, perhaps half of what you'd pay back in the States. If you could even find such goods back home. 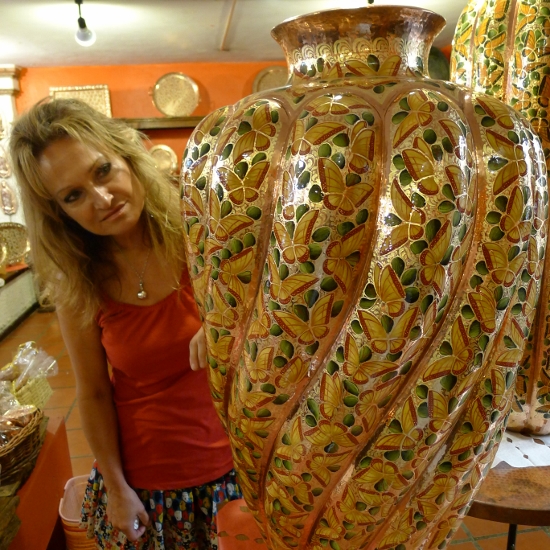 Where does all the copper come from? At one time there were copper mines around these parts, but they petered out long ago. After that, the town got the word out that it would buy all the scrapped copper it could get its hands on. Like old copper wiring, cables, pipes and tubes, rain gutters, roofs and even tossed out building domes and spires.

Today, truckloads of the shiny metal pour into Santa Clara, much of it sent by electric companies from around the country. Here, pieces of the scrapped metal are first melted down in foundries into pure copper ingots, typically the size of a loaf of bread. Particular articles are then pounded into shape by teams of sweating guys taking turns whacking the red-hot ingots with sledge hammers. A single item, perhaps a large bowl, might be fired, hammered and dunked in tubs of water a dozen or more times before it's finished. 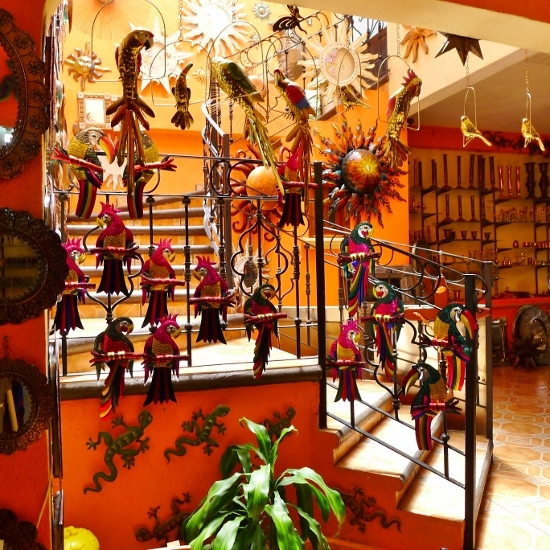 One shop specializes in copper birds.

A spokesman at Casa Felicitas, one of the town's largest craft shops, said the shaping process "can take as little as a day to as long as a month." He said a copper sink, for example, takes three days to make. 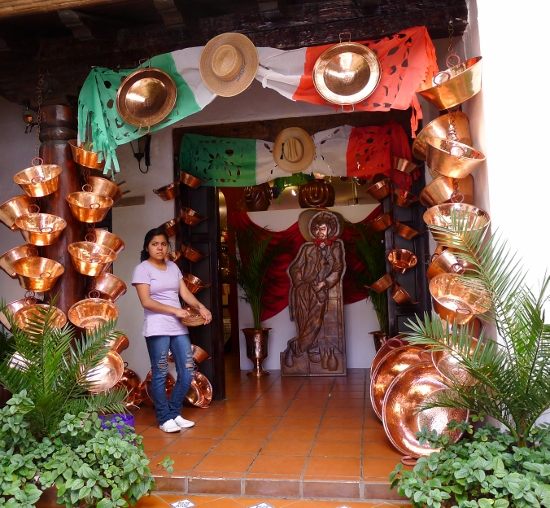 Just about everyone in this town of 10,000 people makes his or her living from the copper business in one way or another.

"Coppersmithing at Santa Clara has been going on for centuries," says historian Jaime Capulli in Mexico City. "In pre-Hispanic times the native Purepechas were the tough kids on the block because this area was one of the few spots with the ore needed to make metal weapons."

Santa Clara del Cobre, named for St. Claire (the town's patron saint) and the Spanish word for copper, was founded in 1553. Its heritage, culture and colonial ambiance helped the city qualify as one of 57 pueblos magicos (magic cities) across Mexico. 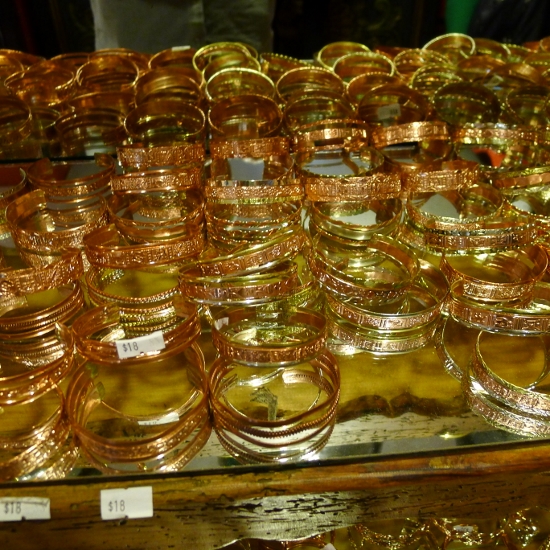 Copper shoppers from the U.S. and other countries often fly to Morelia, the state capital of Michoacan, then either rent a car or a pickup truck for an hour's drive to Santa Clara. Purchased goods can be hauled back to the airport at Morelia to be shipped home or shipped directly from Santa Clara.

Serious shoppers can opt to spend the night at a handful of tourist-class hotels around Santa Clara including the Camino Real and the Cabanas Mi Betania .

Visitors staying in Morelia have a choice of a dozen or so upscale boutique hotels, mostly in the city's colonial district, or at the award-winning Villa Montana on a hillside overlooking the town. Day-tours from Morelia stop at Santa Clara along with other small cities in the area such as the World Heritage site at Uruapan and another pueblos magicos at Patzcuaro.

Getting there: Besides nonstop flights to Moralia from Mexico City and other domestic airports, the terminal is served directly from U.S. hubs such as Dallas/Ft. Worth and Houston.

All images by Bob Schulman.