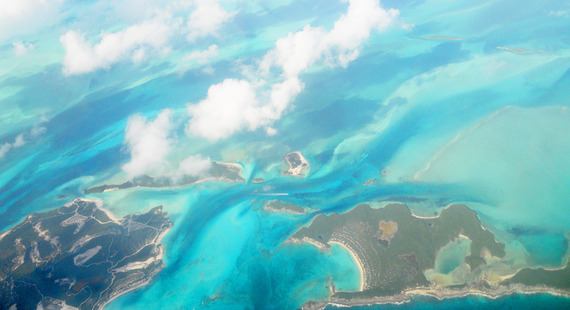 The biggest problem is global warming. Corals are delicate creatures -- animals, actually -- and even minor gains in temperature can wipe them out. Rising ocean temperatures and acidity levels have "bleached" the reefs, killing off the colorful corals that form them.

Erich Mueller watches over these reefs. He doesn't need a White House announcement to know global warming is real. All he has to do is look down.

Mueller runs the Perry Institute for Marine Science, a nonprofit research organization studying the coral reefs of the Bahamas. The station used to be affiliated with the National Oceanic and Atmospheric Administration, but federal cutbacks in the wake of the wars in Iraq and Afghanistan cut off funding, leaving the organization struggling to stay afloat and pushing Mueller from biologist to fundraiser. 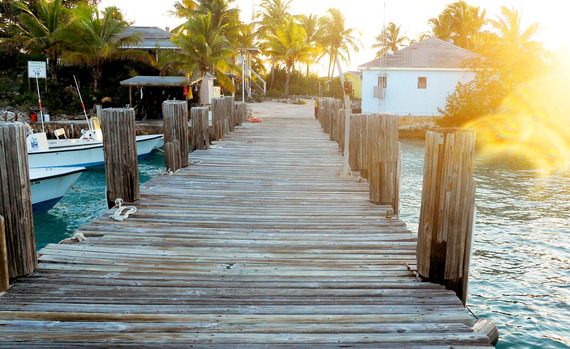 Over the years, he has also tilted from scientist to environmentalist.

"My career was looking at the basic biology of corals. I wasn't interested in saving coral reefs or anything else. A lot of us switched to a conservation perspective as we watched the reefs degrade. It's hard to watch something that's failing without wanting to preserve it."

I came to Lee Stocking Island at work on a book on what has become of the places Hemingway lived and loved. In his book Islands in the Stream, he wrote of goggle fishing along the reefs, "seeing the big brown coral heads, the black sea urchins on the sand, and the purple sea fans swaying" with the tide.

The island sits in the midst of the chain of pristine Bahamian islands called the Exumas. It's like a summer camp for marine biologists and their graduate students. Staying here was like having a private island getaway, with bad pizza in the cafeteria, plus a Jack Russell named Bones who dove from the pier where the research boats docked and chasing the fish below, through water so clear and blue I could sit on the dock and watch the fish and stingrays chase each other. 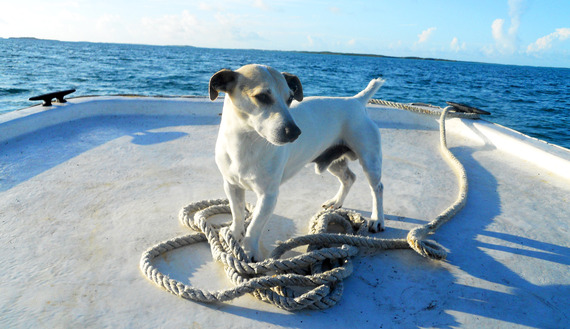 Researchers spend weeks living beneath palm trees, conducting scientific research in bikinis and wetsuits, swimming among reefs to get a glimpse of how they're doing.

They're not doing well.

When I visited the island, Mike Lesser, a University of New Hampshire professor working at National Science Foundation, was leading a team on long dives to study deep reefs, the reefs you need scuba gear to see. He was concerned. The changes in water temperature and acidity look very small, he told me, "but from a historical perspective, the rate of change is unprecedented in the last million years."

The problem: Reefs seem to live at the edge of their comfort zone. Even in a slightly warmer summer, they grow less. Turn up the heat even more and they die wholesale. More important than the reefs may be what they tell us about the warming world. They are the canary in the coalmine, and they're gasping.

"I'm a pessimist," Lesser said. "Everyone talks about the year 2050 being a tipping point as far as getting greenhouse gases under control. If we go past that tipping point, the reefs that have already changed will probably die. I have almost zero hope that we will change our ways in the next forty years. I don't know what that's going to mean."

His hope lies in those deep reefs, which seem less affected by global warming. Maybe if they survive, they can help repopulate the surface reefs. Maybe. But even down there, coral coverage is down.

Lessing shook his head. "But how can you convince somebody in Nebraska that coral reefs are important?"

Mueller spent part of his childhood in Key West, but he fled the tourists and resort development. The vibrant reefs he knew there are gone. In the Keys, the reefs are only about seven percent covered with living coral. In the Bahamas, the average is around fifty percent.

"When I take kids out on the reef, I cannot show them the reefs I saw when I was a kid and I cannot tell them in their world there will be hope of getting it back, not even in their grandkids' time," he said.

Still, Mueller is philosophical about it. The dying reefs are a problem from a human perspective. From an ecological perspective, things change.

"Why is the long term fine?" I asked.