"I've heard some folks try to dodge the evidence by saying they're not scientists -- that we don't have enough information to act [on climate change]. Well, I'm not a scientist, either. But you know what? I know a lot of really good scientists at NASA, and NOAA, and at our major universities." -- Barack Obama 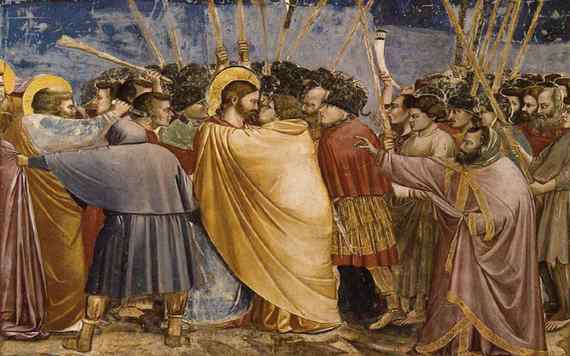 You've got to give the GOP credit: its members sure know how to tow the party line.

In case you haven't noticed, the GOP has a new mantra, and every bona fide member of the club is required to recite it: "I'm not a scientist." Those who dutifully parrot the mantra expect a free pass on dealing with the most pressing issue of our age: climate.

February's National Geographic features Miami in an article titled "Treading Water." In Florida's four southernmost counties, 2.4 million people live within 4 feet of the mean high-tide level. King tides already flood Fort Lauderdale, Miami Beach, and Hollywood. By 2100, according to the National Climate Assessment, seas will have risen one to four feet above present levels. By then -- without drastic action -- much of Miami-Dade will be regularly inundated.

Does the fact that his state is being submerged bother Florida Governor Rick Scott? "Well, I'm not a scientist," he replied last May, changing the subject.

Superstorm Sandy of October 2012 was the second costliest hurricane in US history -- after Katrina. Its massive size and record low barometric pressure created a storm surge four feet above previous records. Because of a warming climate, mean sea level along the New York and New Jersey coasts has risen nearly a foot in the last century. As a result, Sandy flooded 25 more square miles and destroyed 70,000 more homes that it would have otherwise.

According to the New York Times, in 2011, prior to Sandy, New Jersey Governor Chris Christie acknowledged climate change and the human role in it:

When you have over 90 percent of the world's scientists who have studied this, stating that climate change is occurring and that humans play a contributing role, it's time to defer to the experts.

But that was before he set sights on the White House. Since then Christie has been mum on the climate.

In 2004, Republican Senator John McCain, leading the fight against climate change, opened a prestigious hearing on the issue with these words:

There is strong scientific consensus about the fact that global climate change is occurring, and occurring as a result of human activity. Those few scientists and those in industry that claim otherwise do so despite their lying eyes.

McCain considered the threat so serious he challenged Democratic colleague and presidential hopeful John Kerry to raise the issue on the campaign trail. In February of last year, when Kerry, as US Secretary of State, did just that -- calling climate change "the world's most fearsome weapon of mass destruction" -- McCain ridiculed him, asking, "On what planet does he reside?

Newt Gingrich, terming Kerry's statement "delusional," called for Kerry's resignation. This is the same Newt who joined forces with Nancy Pelosi in April 2008 for an infomercial to focus national attention on the urgency of addressing climate change.

A short list of prominent Republicans who've recently chanted "I'm not a scientist" (or the equivalent) includes the following: presidential hopeful Marco Rubio, Senate Majority Leader Mitch McConnell, House Speaker John Boehner ("I'm not qualified"); Louisiana Governor Bobby Jindal ("I'd leave it to the scientists"); Iowa Senator Joni Ernst, who would abolish the EPA ("I don't know the science behind climate change"); and New York Rep. Michael Grimm, whose district, which includes Staten Island, was devastated by Sandy, and who just resigned his seat due to pending perjury and tax evasion charges.

"Personal Responsibility" is an important value, and another popular Republican mantra. The irony, however, is self-evident: These same folks who claim not to be scientists, for the most part, are not educators, medical doctors, or economists either. But this does not stop them from regulating education and medicine, or from advocating trickle-down economics. Only on the issue of the climate is the claim of ignorance considered a free pass to do nothing. For an incumbent lawmaker, "I'm not a scientist" should be seen for what it is: a contemptible evasion of responsibility.

Not only a colossal dodge, "I'm not a scientist" is slap in the face of the National Academy of Sciences (NAS), America's most prestigious scientific body. Abraham Lincoln established the NAS in 1863 to advise the nation on scientific matters of extreme national importance. So, what does the NAS have to say about the climate?

Ten years ago, the NAS concluded "Climate change is real" and "The scientific understanding of climate change is now sufficiently clear to justify taking steps to reduce the amount of greenhouse gases in the atmosphere."

In the decade since, the evidence has continued to mount: humanity is on collision course with disaster. Warning bells now go off daily. My previous post addressed three major alarm bells within a two-week period in January.

If the evidence of looming climate catastrophe is solid, and is accumulating rapidly, why has the GOP committed to lock-step evasion of responsibility, including those like McCain and Gingrich, who once-upon-a-time had seen the light?

Follow the money. Today's GOP primarily represents the interests of corporate America -- especially big oil and gas -- not the American people. According to the non-partisan Center for Responsive Politics, the fossil-fuel industry contributed more than $70 million to federal candidates in the 2012 campaign cycle. Ninety percent of those contributions went to Republicans. Heading the list at $6.5 million was Koch Industries. Koch money is particularly tainted: it funds attacks on social security, education, health care, and the EPA, in addition to promoting disinformation and denial regarding human-induced climate disruption.

Climate catastrophe is no longer on the distant horizon. The future is now. Hurricane Katrina took 1,800 lives and 250,000 homes. Sandy killed fewer people, 233, but damaged or destroyed 300,000 homes in New York State alone. Droughts, floods, wildfires, rising seas, and spreading tropical diseases -- all exacerbated by climate change -- are destroying lives around the globe. Those who prevent decisive climate action -- by ignorance real or feigned -- have blood on their hands.

History has provided a poignant object lesson for persons who would sell out -- for a few pieces of silver -- those they are supposed to love, serve, and protect. Such people are called Judases.

The GOP has become a party of Judases. There are Judases in the Democratic party as well, but only the GOP has made being Judas a prerequisite for membership.

Next time you hear the dodge "I'm not a scientist," you are witnessing what 30 pieces of Koch silver can buy.

___________
The author is grateful for the historical perspective and editorial suggestions of Doug Hendren.