The philanthropist sighs and says she has money to give, but no nonprofit will agree to carry out her intent as she envisions it.

The executive director commiserates, saying he has a program that really helps the community, but he can't find the right donors to provide the money his nonprofit needs to keep operating.

The bartender approaches and waits for them to stop talking. Then he asks if they would like a hammer.

They look at him incredulously.

"What about a pair of pliers?"

They shake their heads.

"How about a crescent wrench?"

Irritated, they both say, "No!"

The bartender pauses and wipes the bar thoughtfully. It's a slow evening.

"If you don't want a hammer, pliers or a wrench, what do you want?"

"A drink would be nice," says the executive director.

The bartender takes their order and swiftly fills it. His customers take their first sips of micro-brew. The philanthropist catches the bartender's eye and asks, "What was all that about the hammer, the pliers and the wrench?"

The bartender smiles. "I have a little Internet hardware business on the side. Most people come in here for drinks, but I ask them anyway. I know chances are slim for a sale. And I get rejected a lot, but I almost always learn something."

"What have you learned?" says the executive director.

"The only real mistake is to stop asking."

"Why is that a mistake," says the philanthropist.

"If I don't ask, I can't listen to the answer. And the listening is the best deal-making strategy I've ever found."

"I thought everyone tells you no," says the ED.

The philanthropist shakes her head. "Then how do you make deals?"

"By finding out what they do want. By having a conversation. There was this guy. He didn't want a hammer or a drill. But when I asked him what he did want, he told me he needed a birthday present for his ten year-old son. So I suggested he take him to the Lion King."

"Did you get a commission?" says the ED.

The bartender smiles. "I got something better - a relationship. Turns out the kid loved Timon and Pumba. Dad was a hero. Three months later, I got an order for 200 carpenters' tool kits. The guy ran a construction company that built high-rises."

A silence falls over the three people.

The bartender straightens. "Anything else?"

"Have you ever considered a career in fundraising?" says the ED.

"I'll have a screwdriver," says the philanthropist. "And two more beers." 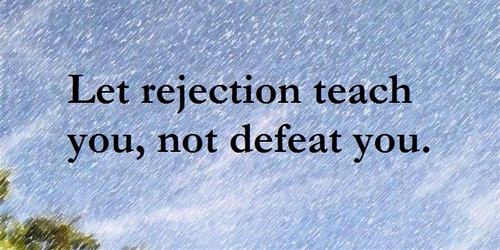