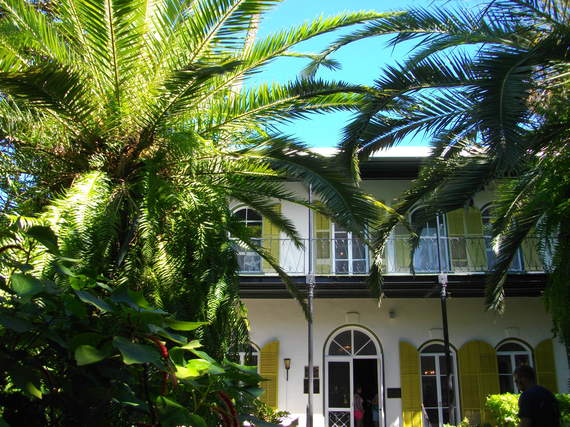 A few facts about The Hemingway House at 907 Whitehead Street: It's one of the most popular tourist attractions in Key West. Originally built in the 1870s in the French Colonial Style by Asa Tift, a prominent Key West citizen, the house was given to Ernest Hemingway in 1931. His wife, Pauline, had a wealthy uncle who purchased the home for a mere $8000 and gave it to the couple as a wedding present. At the time, the house was in poor condition, in foreclosure and desperately needed restoration. Hemingway lived and worked in the house until the late 1940s when he and Pauline divorced. She continued to live there until her death in 1951. Hemingway owned the house until 1961, and after his death, his three sons auctioned it off for $80,000. In 1964, the new owner turned it into a museum. Photo: Susan Fogwell 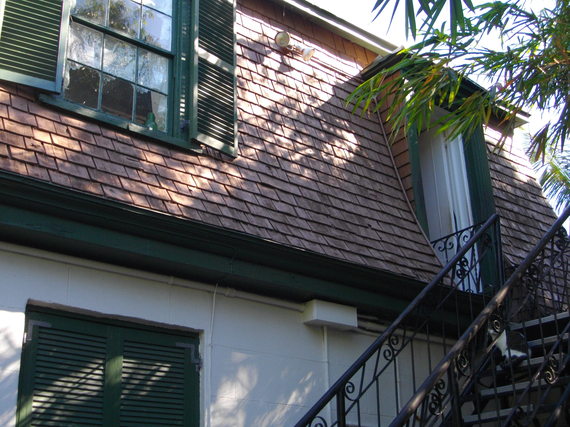 Hemingway's writing studio is on the second floor of a former carriage house. It happens to be only one of two houses in Key West with a mansard roof; the other one is the J.Y. Porter House. Hemingway wrote many of his best-known works here including "Death in the Afternoon," "For Whom the Bell Tolls," "The Green Hills of Africa," "The Fifth Column," "The Snows of Kilimanjaro" and "The Short Happy Life of Francis Macomber." After Hemingway's death, the unpublished manuscript that was to become "Islands in the Stream" was found in a vault in the property's garage. Interestingly, the studio overlooks Key West's first swimming pool. Pauline had the pool built as a surprise for Hemingway while he was away covering the Spanish Civil War. The cost of the pool was $20,000, an astronomical sum at the time. On the tour, the guide will point out a penny imbedded in the cement. Apparently, Hemingway had taken the penny from his pocket, angrily tossed it to the ground, saying Pauline had spent his last cent. Photo: Susan Fogwell 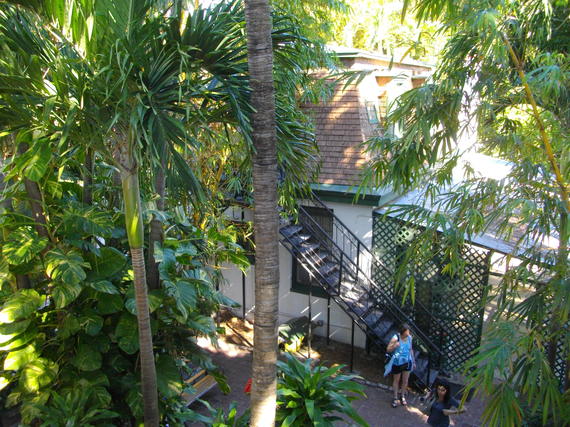 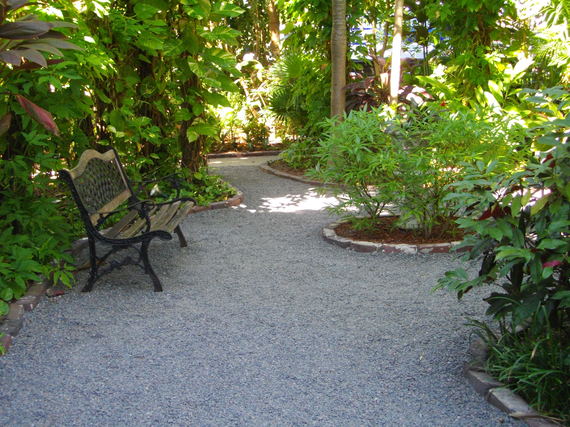 While exploring the grounds, you'll come across many six-toed cats; some are descendants of Hemingway's cat, Snow White. Photo: Susan Fogwell 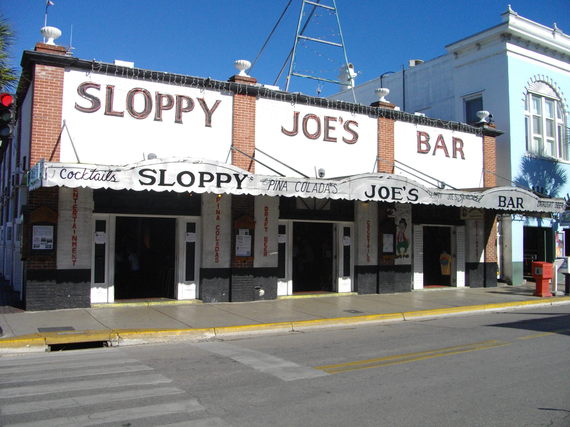 Hemingway frequented the original Sloppy Joe's in Havana during prohibition. In the 1930s while living in Key West he was a regular at Sloppy Joe's on Duval Street. It was at Hemingway's suggestion that bar owner Joe Russell name the saloon after the one in Havana. (The Sloppy Joe's in Havana closed more than 50 years ago and recently re-opened in 2013.) Plan a visit to Key West in July 2015 when Sloppy Joe's will host its 35th Annual Hemingway Look-Alike contest (July 23-25). Photo: Susan Fogwell 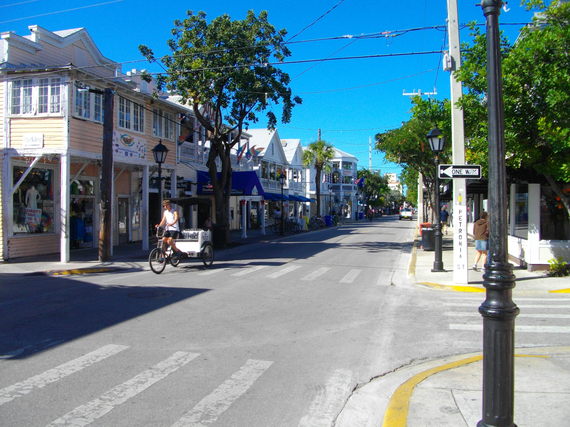 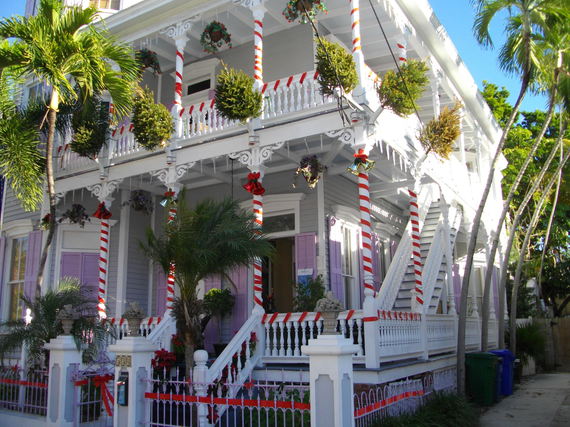 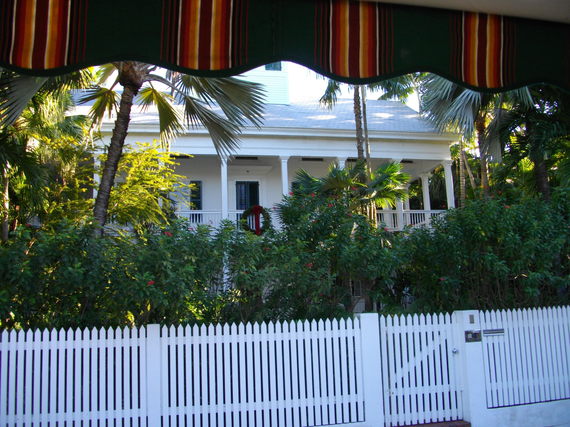 A visit to Key West isn't complete until you take a 90-minute narrated Conch Train Tour. The history and architecture of the Conch Republic is covered along with hearing all sorts of Key West tales. This is an absolute must-do activity as it gives you a solid overview of Key West packed with information. Between December 13-22, an evening Holiday Lights Tour is scheduled. Photo: Susan Fogwell 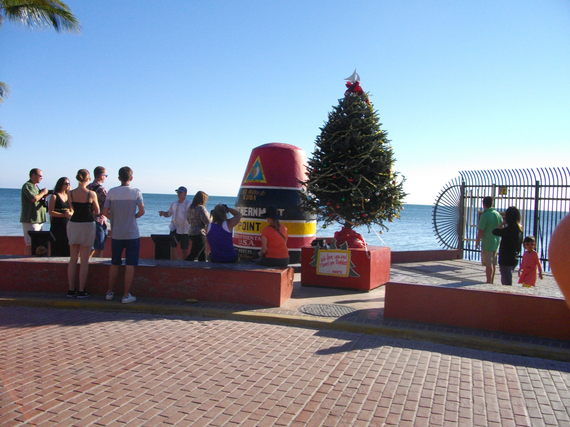 For a Kodak moment, every Key West visitor heads to the concrete buoy marking the Southernmost Point in the continental United States (only 90 miles from Cuba). The famous monument was erected in 1983 and is one of the most visited attractions in Key West. Avoid crowds by going early in the morning. Photo: Susan Fogwell