Jeffrey Hatcher's "A Picasso" begins as Miss Fischer (Natalia Lazarus), a Nazi cultural attaché (how's that for an oxymoron?), interrogates Pablo Picasso (Vincent Lappas) in an underground vault in Paris in 1941. She wants him to authenticate three of his pieces for inclusion in a degenerate art show curated by Joseph Goebbels. He does whereupon she informs him, oops, that the work will fuel a degenerate art bonfire. You might think that Fischer holds all the cards -- she is, at that moment, Chief Curator of Picasso's life. But wily, at times desperate, Picasso plays his hand well. What follows is an intriguing story that pits duty versus desire as Fischer, a strong, ambitious woman, and Picasso, an inveterate womanizer, take turns holding each other in thrall. 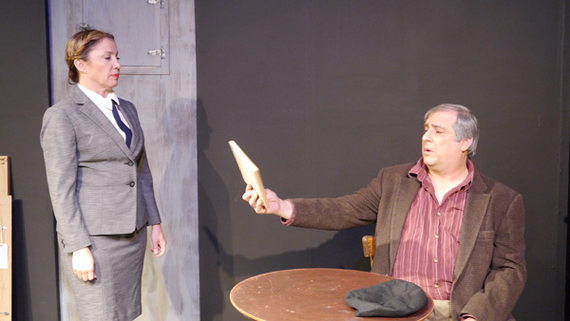 Directed by Lazarus for the Promenade Playhouse, the story is nicely staged. Street scene projections on the wall and popular music make Nazi occupied Paris seem bohemian and breezy, at least until we can hear the goose step clamor of Nazis soldiers on the street above. The room in which the story plays out is appropriately claustrophobic and dingy, which makes you think a lot more is at stake (torture, betrayal of friends, extortion) than some simple matter of authentication. As the story develops -- there's a lot of seeing and sawing as each protagonist seeks an advantage -- it turns out a lot is at stake, if we're to take Winston Churchill at his word. When asked why he doesn't cut Britain's arts budget to fund the war, he replied, in a quote that resonates to this day, "Then what are we fighting for?" 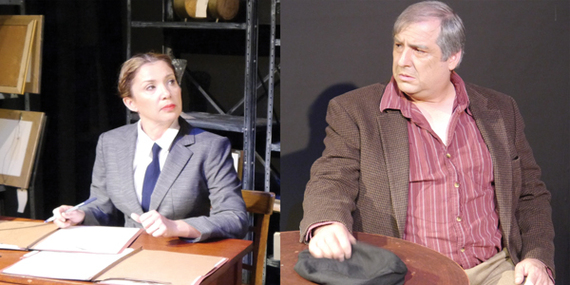 It's a good pairing, Lappas with Lazarus. He's cheeky and mischievous, on good behavior for the time being, while she's a snow-capped volcano. Lappas makes his Picasso a subdued Lothario. This isn't a salon ripe with nubile models and patrons, so hitting on Fischer isn't going to get him very far. That doesn't mean, though, that the passion with which he describes the creation of the three pieces doesn't infect his inquisitor. In other words, his Picasso is seductive even when he doesn't try. Managing to throw in a few zingers, he doesn't lose his composure, even when he learns the intended fate of his three children. 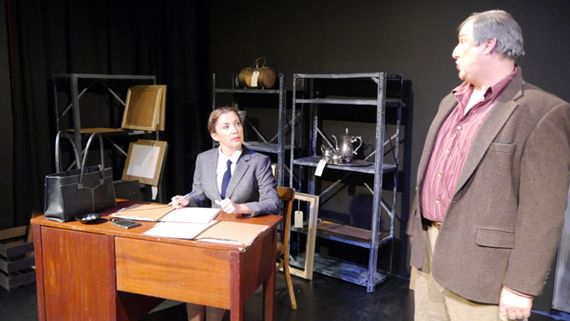 Lazarus's Fischer is terse and officious, at least at the beginning. Fischer manages to seamlessly convey her character's complexity. Like a Trojan Horse, she starts as a dowdy Frau whose ingratiation into the Nazis' pathological fascination with modern art is actually a shrewd career move. She ends as a giddy fangirl, in a former life an art scholar and critic, who has always admired the Spaniard's work.

Nothing really gets resolved, which is another way of saying that war is perpetual, culture and the politics thereof are institutional and personal, that freedom of expression is primal but not guaranteed. It shows us how, in the aggregate, Nazis and their ilk may be like a formidable facade but that, individually, with their various motivations and passions, they are as imperfect and insecure as everyone else. 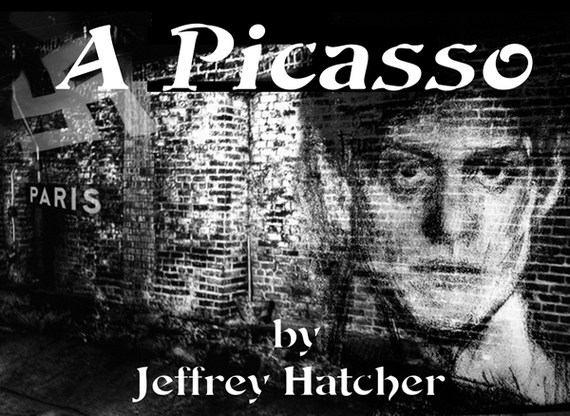