India. It's not for every traveler. To quote a friend: Side by side, it has Eastern spirituality and material civilization, brilliant intellectuals and crooked politicians, breathtaking vistas and destroyed natural environments.

The noise in the big cities is deafening. It's as if you were set down in a field with hundreds of honking geese, each aggressively pushing its way through the crowd in different directions.

"We honk when we drive," our guide smiled.

The cars and trucks even instruct you to do so. 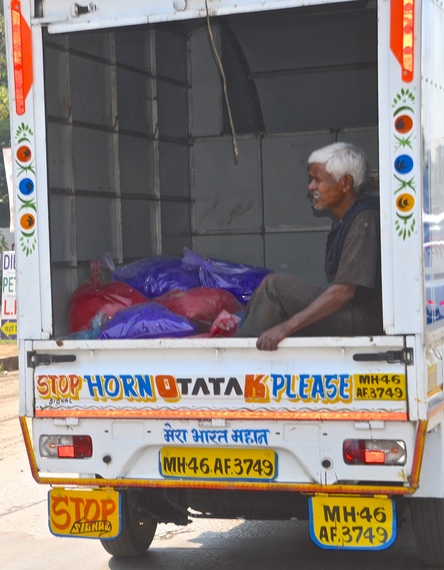 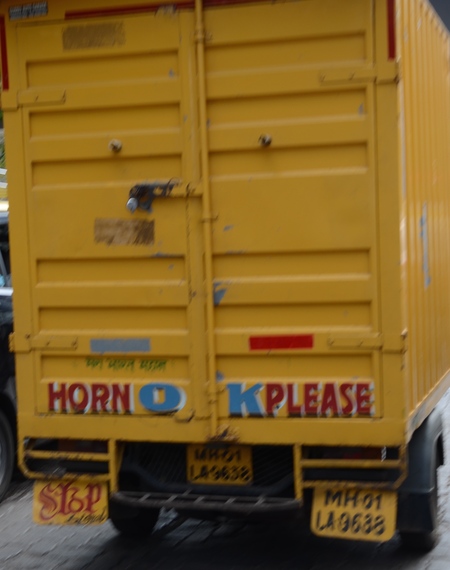 But the honking in Mumbai is less insane than the driving in Myanmar. After the British left, the Burmese decided that, to show their deep anti-colonial sentiment, they would give up driving on the left and drive on the right. But someone forgot to change the steering wheels on the cars, so now they drive on the right with right-hand drive cars. The result is that, in order to pass, the driver has to put the entire car into opposing traffic before he can see a car coming in the opposite direction. The bus doors, on the left of the bus, let everyone into and out of the bus directly into the opposing traffic lane.

Nonetheless, the driving in India competes for craziness. They do drive, in theory, on the left. But they drive on the right too, and in the middle, and on the shoulders in each direction. This is a country made for Jim Stark in Rebel Without A Cause.

Like most every child, I used to have a fantasy about becoming an all-powerful being for a single day in which I could make decrees that could never be changed -- God, Buddha, Shiva, Vishnu, Queen, Empress . . . whomever.

But now I'm an adult and I've put away childish thoughts. All I want is for one day to be the world's traffic commissioner. 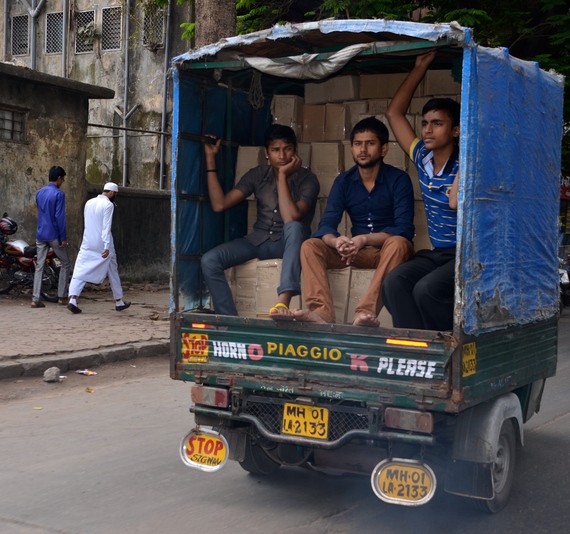