"We take off our shoes because feet have many, many nerve endings," said our guide in Madurai. "Stress and sadness leave your body through the soles of your feet."

We were standing in the Meenakshi Amman Temple. It was dark outside. Inside, it was cool and smelled of incense. We had come for the evening ceremony of Shiva's going to bed. Our daughter Willa who is teaching on Semester At Sea had joined us during her port time in India.

This is how she described the event.

The complex was vast - a city of marble, which blocked out the traffic and horns of Madurai; a city more ancient than Rome, the trading partner of Greeks, the 'Athens of the East.' On the long walk in towards the dual sanctums, vendors sold offerings, paintings of Shiva's avatars, and marriage threads. Conversations faded into echoes of whispers, bouncing through pillared halls.

From deep inside one of the sanctums (Shiva's sanctum), past the sign that banned non-Hindus from proceeding further, we heard the drums. Then we heard a horn, one, then two, then three and four and five. The blasts were each a single, long tone, like six shofars played together. The beats grew closer, the horns deafening. The first man with a horn emerged in a white loin cloth, the marks of Shiva on his forehead in yellow. His long white beard reached down to his chest. Behind him came another dozen men with drums and horns, and four carrying a palanquin, only large enough for a baby, carved in marble.

We followed the procession around, our guide hurrying us from place to place. We stopped behind an urn with holders for a hundred tiny oil candles. The procession wound around and stopped in front of us, placing the palanquin on a table outside the second sanctum, the temple dedicated to Parvarti, Shiva's wife. Men came out and placed a footstool covered in pounded and worked silver beneath the door of the palanquin. A man sprinkled incense. Another laid three wreathes of jasmine on the stool. A minute passed. Two. Then the drums, the horns and the men recessed into the second sanctum. Shiva had gone to bed.

The ceremony transported me to a different time. I was a child standing in another sanctuary; the smoky interior of St. Barnabas Church in Omaha, Nebraska. I remembered a priest wearing crimson robes and two nuns in full habit taking me and other children through the stations of the cross. It was close to Christmas and the church was filled with dozens and dozens of undecorated pine trees, a tradition at St. Barnabus. Someone was swinging the thurible and the deep scents of frankincense and myrrh were thick in the air along with the smell of the evergreens. It was very safe, strange and magic. I wanted it to go on forever.

The cool of the Meenakshi Amman Temple felt wonderful against the soles of my feet. I wanted to never put my shoes back on. 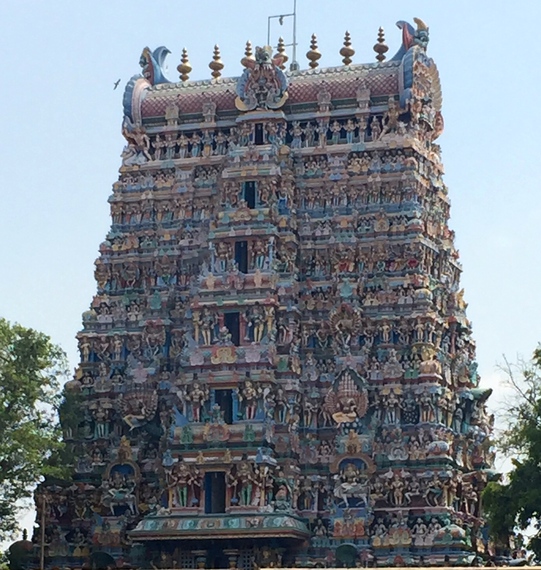 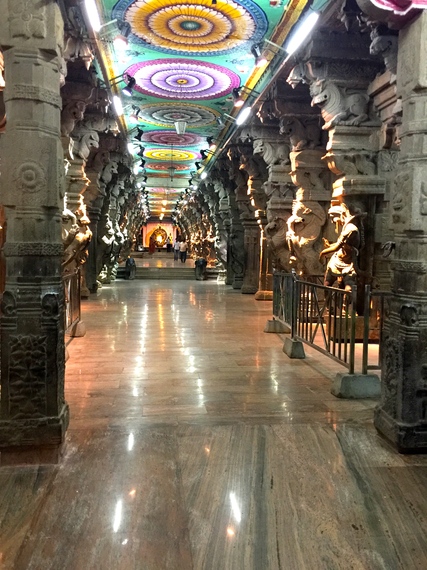 This is the Thousand Pillar Hall, which lost 15 somewhere and, apparently, has only 985. It reminded us of the main hall in the Cordoba Mosque, which is so large that, after the reconquista, a Gothic cathedral was built inside it. 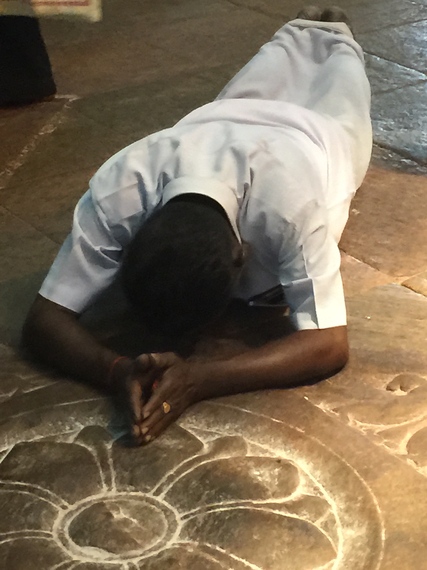 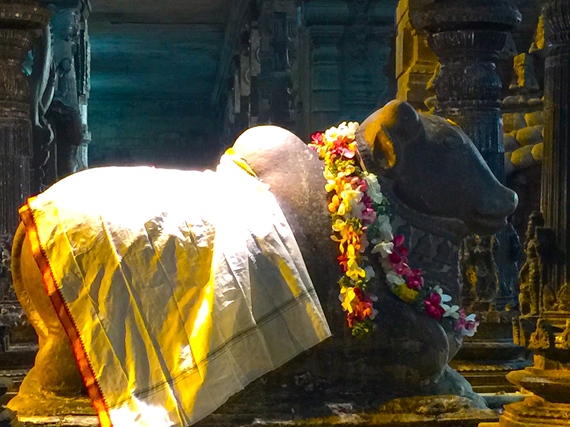 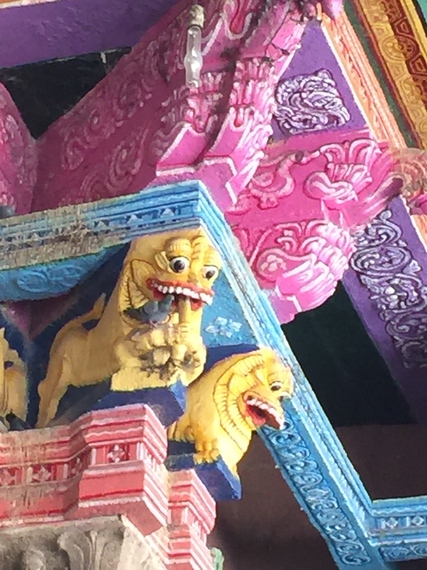 Voting Made Easy
Register to vote and apply for an absentee ballot today
Register now
More:
travelIndia
Newsletter Sign Up
An essential daily guide to achieving the good life
Subscribe to our lifestyle email.
Successfully Subscribed!
Realness delivered to your inbox