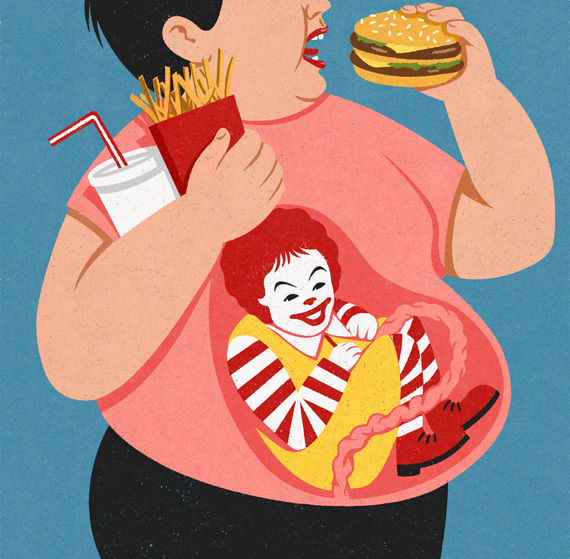 John Holcroft's work resonated with me immediately. I like art that tries to disturb and disrupt. Holcroft's illustrations would literally reach out and grab you and shake you were they given arms. Without them, they still do this, albeit more figuratively. These brilliant illustrations are like a mirror - a mirror showing the world to itself, us to ourselves. And John Holcroft does this brilliantly. 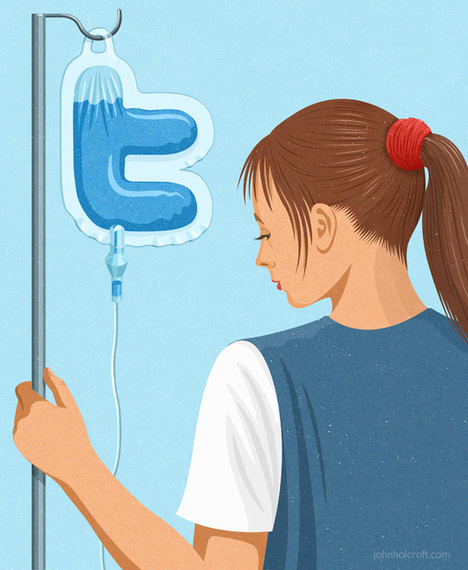 Michael Ernest Sweet: John, how did you get into graphic design and illustration work?

John Holcroft: I've always liked drawing from an early age and had pretty much a clear idea what I wanted to do. When you're young and you know nothing of the industry, you go along with what your art teacher at school suggests and she suggested I pursue a career in graphic design. I did just that and after leaving my college in the middle of a bad recession there was very little work around.What little work there was, was being snapped up by experienced designers. Also it was the early 90s and computer technology was becoming prevalent. My college portfolio with cut paper and hand drawn text looked quickly out dated next to mac generated imagery. I mooched around aimlessly from job to job for the next 4 years until I decided to go freelance as an illustrator. Nowadays I'm 100% digital, back then all I had were some paints. It took a couple of years and several trips to London financed with the money I got from painting portraits of people's kids and their homes. Over the years it's been a struggle and even now I never take my steady work load for granted, you can become yesterday's news very quickly. 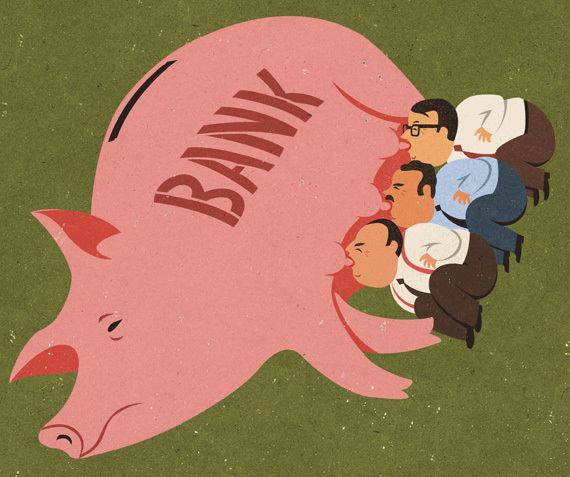 Michael: Your work is powerful and political, do you do commercial work of a less political nature also?

John: I don't set out to create political work, half of my work you see around is paid commissions and the rest is self promotional. It's the self promos that I use to generate work and when I have a great idea I create a piece of artwork and see how it turns out. My concepts just happen to be mostly to do with society and politics. When creating work for paid commissions, usually they're quite specific about what they want and it's the reason why I always create self promos to generate work, my paid work is too specific and doesn't resonate with anyone but the readership of the publication it was meant for. Occasionally I might have a commission with the freedom to do what I want, but these come rarely.

Michael: In terms of the political work, you make very poignant statements about society and the world in general. What motivates you to take this on?

John: When creating self promotional work I have to create work will interest commissioning art editors. It's only been noticed within the last couple of years and now when I'm creating unpaid work, I consider whether my concepts will understood in many different cultures. I sometimes get emails from people who have been offended by some of my pieces because of cultural misunderstandings. An example would be a piece I did on corruption and bribery, and I had to illustrate a man in an airport security uniform taking a bribe. He was wearing generic uniform and a made up badge. Some guy saw this and thought that I was mocking his country because his badge was the same colors as the country's flag. 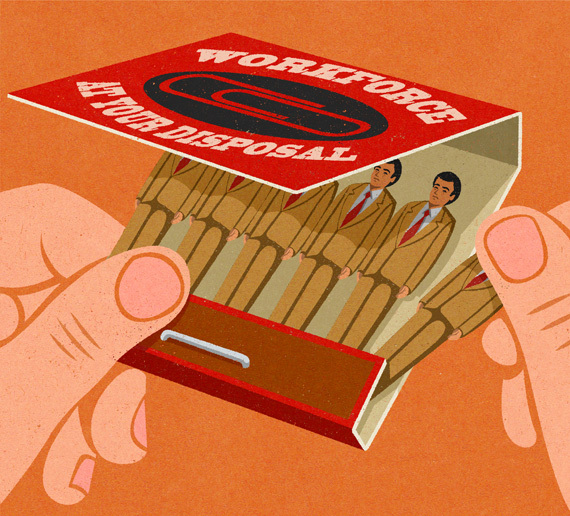 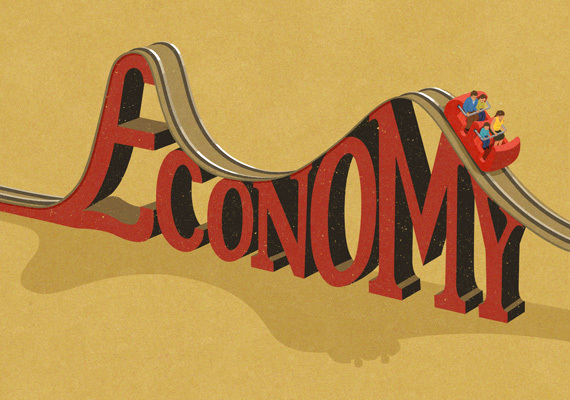 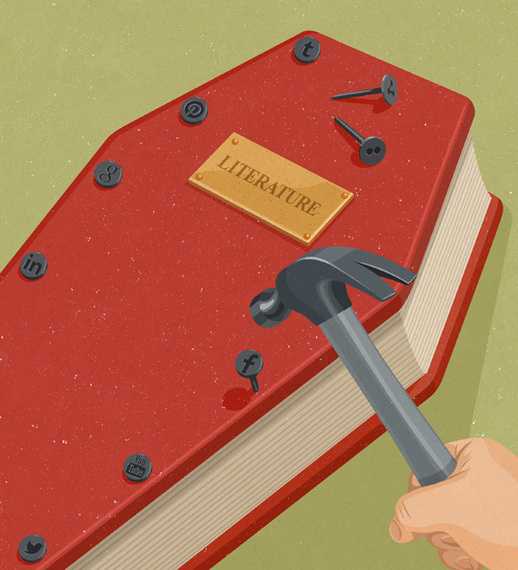 Michael: Do you think art can change the world, even in today's society given our general attitude toward the arts?

John: Art is a powerful medium that surrounds us all and we are affected by art whether we like it or not. Adverting is the biggest example of this.
Whether you can change the world is another matter. I certainly feel that art can make people think and possibly change people's mindsets. Politically, the world is in the hands of the corporate big boys and the only way something can change is when there's a profit to be made. 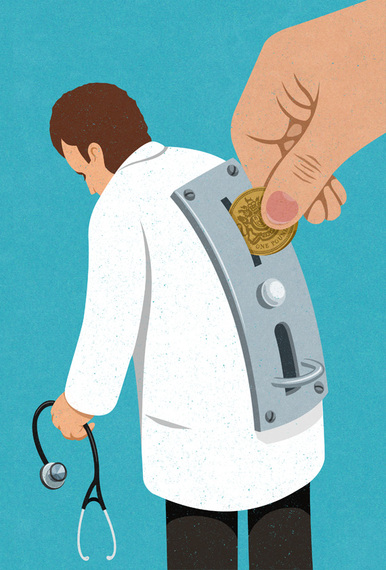 Michael: What do you do with your work? Where does it end up?

John: With my work being all digital, it ends up sitting in my hard drive and occasionally printed off when someone wants to buy a signed print. Some of my work goes into stock to be used.

Michael: Many of the political and social messages in your work are blatant and obviously true. In other words, there is little debatable content, in my opinion. Given this, why do you think society is so reluctant to see its ills, to address these most obvious problems?

John: To be honest, most people either don't care, ignorant to it or they've given up trying to do something about the problems because it's out of their reach. Using world poverty as an example, this is something that can only be solved by governments internationally and no amount of charity fun runs will even scratch the surface. Unless there's something to gain these problems will never be solved over night. It doesn't take a rocket scientist to work out what we need to do to combat global warming, but because of greed and power we will still be facing the same quandary in 20 years. 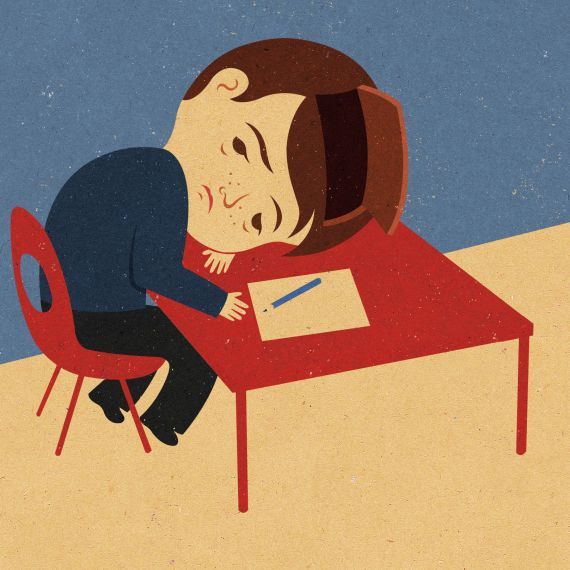 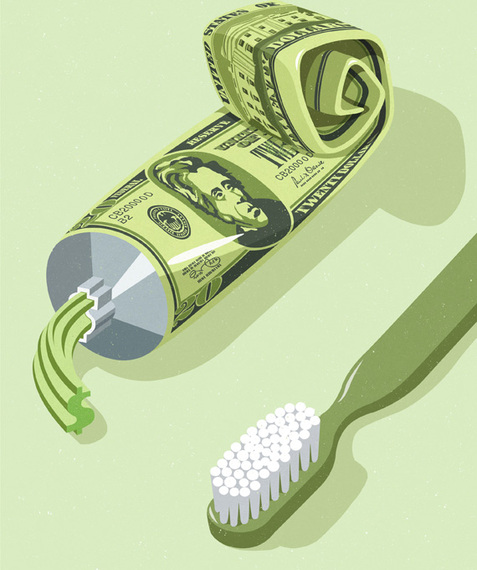 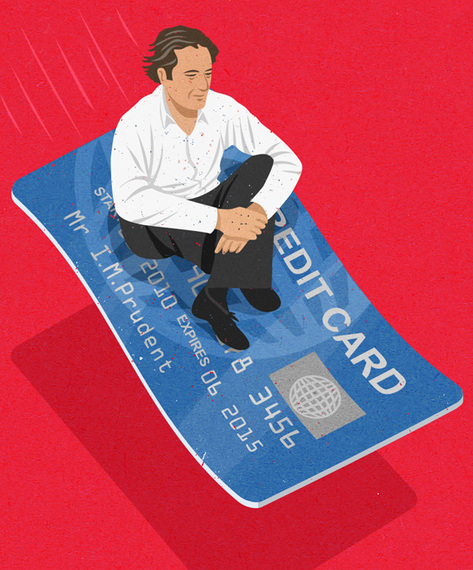 Michael: You've illustrated the covers of some really iconic books (Of Mice and Men, The Chrysalids & Animal Farm). This work is not as profound in terms of its message. Do you ever feel conflicted between doing the political work (which I imagine is more personally motivated) and this other commercial work?

John: The book covers I have illustrated were never commissioned, just self promotional. I don't wish to be typecast and just known for the conceptual illustrations, I have to earn a living and set my stall out, and if anyone likes what I do along the way that's a bonus.

Michael: What are your aspirations for your work long-term? What do you want the name John Holcroft to symbolize ultimately?

John: I might at some point go back to my painting on canvas and have some tangible work rather than pixels. I'm not that egotistical to want my name to become anything great. I would just like to earn a living as long as I can and if I can make people think then I can pop off this mortal coil happy knowing that I've made a contribution and hopefully be remembered. 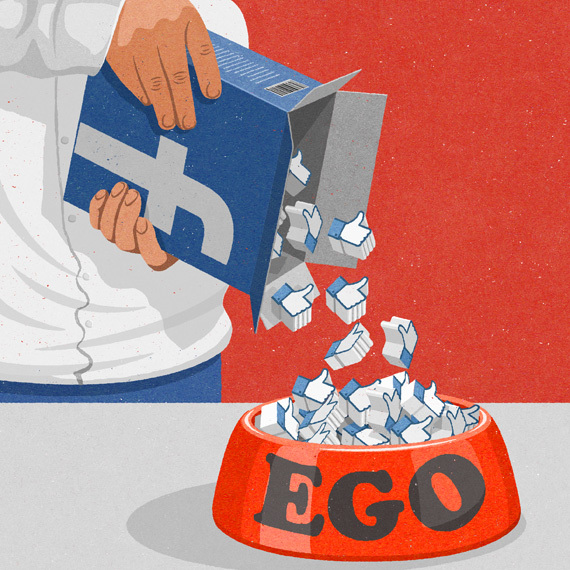 John Holcroft grew up in Lancashire, England, where he still lives and works today. Holcroft wanted to be an artist from the very beginning and completed a graphic design degree in the early 90s. Following various struggles and hard times, Holcroft eventually developed a distinct "winning" style which continues to garner him attention on the world stage. See more of Holcroft's work at his website.

Michael Ernest Sweet is a New York City-based Canadian writer and photographer. Follow and learn more through his website.