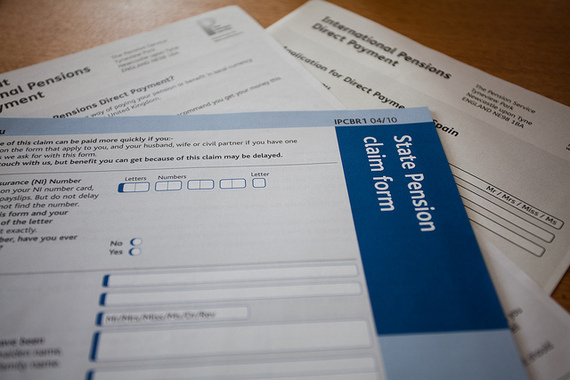 It's small consolation that your broker is only harming one client at a time by claiming the ability to "beat the market." Recommending actively managed funds, private equity, individual stocks and alternative investments is the tried-and-true Wall Street way of transferring wealth from you to them.

If you need more convincing, I highly recommend this report from Vanguard. Its conclusion is sobering: "However, as a result of the zero-sum game, costs, and the general efficiency of the financial markets, consistent outperformance of any one active manager has been very rare."

It's simply not responsible or intelligent to premise your investing strategy on a "zero-sum game."

Many pension plan sponsors take the rip-off of investors to another level. As an individual investor, at least you have a choice about how you will manage your money. If you are a participant in a defined benefit plan (which include pension plans), that choice is made for you by the plan sponsor.

There's big money to be made from "advising" these plans. A study from The Maryland Public Policy Institute looked at data from 33 state pension funds. In last fiscal year they examined, researchers found these pension funds paid collective fees of $6 billion!

The Wall Street firms that collected these fees touted their ability to pick stocks and bonds that would "outperform a given section of the stock or bond market." They were handsomely rewarded for this alleged prowess. Unfortunately, it was a myth.

The study found an inverse relationship between high fees and returns. The median five-year return for the pension funds in the study was 12.83 percent. If plans had fired their high-priced Wall Street investment bankers and instead invested in low-management-fee index funds, the annualized five-year return would have increased to 14.45 percent.

The study found no evidence that alternative investments, such as hedge funds and private equity, beat the market.

The resistance to change

Given this data, you might think the switch from actively managed funds to passive ones would be uppermost in the minds of pension plan sponsors. If you reached this conclusion, you're likely discounting the role that politics and self-interest can play in these decisions. Moving to an indexing strategy would mean many of those tasked with managing these plans would lose their jobs. In addition, there are wonderful perks that go with making these decisions, like travel to exotic locations for "conferences."

Politics also plays a role. A recent study by Edward Tower, a professor of economics at Duke University, addressed the issue of whether the stocks in the North Carolina State Employees' Pension Fund should be actively or passively managed. This has become a political issue in the race for Treasurer of North Carolina. One candidate, R. Ron Elmer, has pledged to replace the active management of stock mutual funds, private equity, real estate funds, real estate partnerships, hedge funds and commodity funds with an index fund-based investment strategy, managed in-house.

Professor Tower looked at how an indexing strategy would have impacted the state pension fund's past returns. His conclusion was staggering:

A plan of action

There's only one way to stop the plundering of pension fund assets. Plan sponsors who continue to implement expensive, discredited investment strategies should be held personally accountable for the difference between the returns earned by the pension fund and what could have been obtained using a simple, low-cost index strategy. Plan participants should insist on regular reports from plan sponsors comparing the returns of fund investments to their benchmark indexes as part of routine reports from the plan.

Without personal accountability, the gravy train will continue for plan sponsors and Wall Street. The beneficiaries of these plans will be relegated to hand-wringing.

It's just not right.