A remarkable new play, Turning the Glass Around, by Pia Wilson, fearlessly plunges into the ever-morphing conversation about immigration, race and class. Turning the Glass Around evokes images of Death of A Salesman. Wilson creates a nuanced pressure cooker played out when an economic and emotional meltdown befalls a young interracial couple striving towards the American dream. They forge ahead in spite of their difficult financial circumstances and their parents' cultural expectations of them. 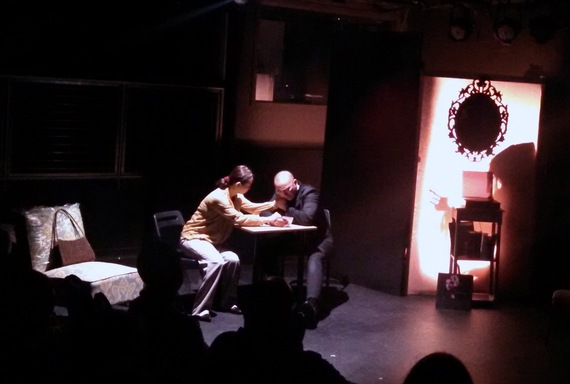 Daina Lee ( Carmen Gill) is an African-American woman who grew up in wealth and privilege. Much to the chagrin of her parents, she married Korean-American, Philip Lee ( Don Castro ) whose mother (Kristen Hung) doesn't hesitate to express her harsh feelings about Daina, and about his decision not to marry a good Korean girl. Very soon into the play, Philip loses his job in finance during the recession. His job loss occurs just after his father dies. The sting of this loss is coupled with the fact that Philip is convinced it was a racially motivated firing having to do with the discomfort that the traditional Korean mourning ritual caused others in the office.

Riding the subway to and from endless job interviews, he becomes obsessed with the idea that he has discovered his doppelganger in the form of a blonde-haired, blue-eyed man (Topher Mikels). His descent into this delusion only exacerbates the financial struggle that losing his job already caused in their marriage. Daina stays home all day, becoming increasingly concerned about her husband's mental health, but also tormented because she can't ask her parents for help. In Philip's mind, assistance from her parents will prove that he is incapable of living up to the American dream.

Daina went to the best private schools and hails from a prominent family who clearly never approved of their daughter's marriage to the son of Korean immigrants. While she is able to talk easily about their differences, he harbors a grudge against his public school education -- a reminder of the fact that she "married down." To make matters worse, Philip's imaginary "doppelganger," suddenly arrives at their house, angry and threatening to call the police because, as it turns out, Philip has been spending his days not on a job search, but following this white man around and taking pictures of him on his cell phone.

Philip's white "doppelganger" meanwhile, takes an interest in Daina and his visits become frequent. Daina herself realizes that she has more in common with this well-bred white country club hedge fund manager than her own husband. Their parents, it turns out, even know each other.

Added to the domestic chaos, Philip's father appears as an apparition to him (Sam Gold) and forces him to confront his deepest fears and failings directly. In these poignant dream sequences, Philip recognizes that he has an obligation to make the ancestral spirits happy even though he has chosen a path that he knows they cannot understand. The ghost is more of a monster, one who is shaken by all that he sees. 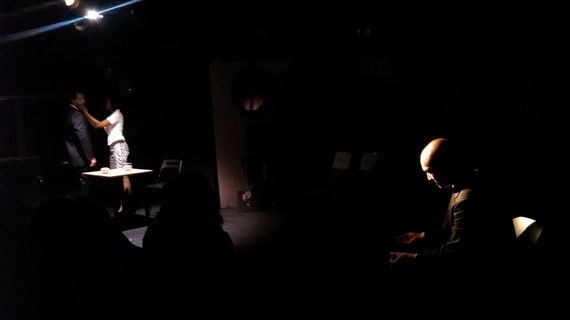 The brilliance of incorporating such phenomena as ghosts into the story is that it points to the spiritual dimension of the American nightmare (Philip's mother's term for the American dream). Ghosts stand in for all that we don't see and cannot, as mere humans, simply work out and resolve in our blindness. In our contemporary recession-slapped America, many tensions involving differences of all sorts, not just ethnicity, class and race, but also gender, age, religious and educational differences bubble to the surface. This portrait of one such complicated dynamic gives a glimpse into this unique moment in our history.

And as such, I can only say, this is just great theater. You experience life from another point of view and recognize what is happening right now, in the world in which we live. Wilson's prose is effortless. She writes with grace, empathy and brilliance about what we think of when we say we are American. Kevin Spacey should be very proud of having helped give this play its debut, as the production was supported by his foundation. Having just completed its run at Teatro Círculo in New York, I look forward to the next production of this play, and of course, seeing whatever Pia Wilson comes up with next. 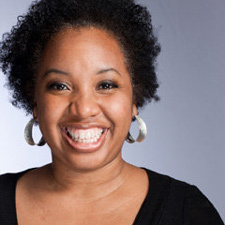