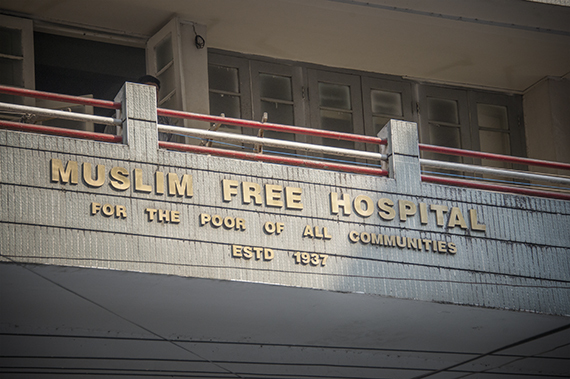 In 1937 the Muslim Free Hospital was established in Rangon, Burma. It was created by a group of Muslim leaders to care for the poor of Rangoon that had no other access to medical care. The initial investment came entirely from Muslims. 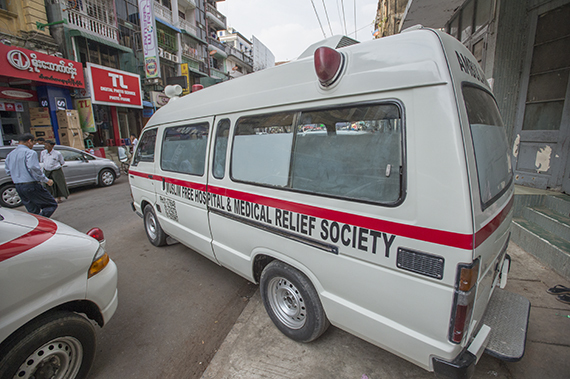 From to the beginning the hospital did not discriminate on the basis of religion, ethnic group, or income. The Muslims of Myanmar have been and still are paying for the medical care of poor Muslims, Buddhists, Christians, Hindus, or member of any religion.

It is particularly remarkable that this is occurring in Myanmar. Muslims are a minority in Myanmar, about 4% of the population. Many Muslims in Myanmar live in fear. Violence against peaceful Muslims is on the increase. Militant Buddhist monks openly incite violence against Muslims. In parts of Myanmar businesses and homes are burned. Muslims are killed. Buddhist monks openly ask all Muslims to leave their country and call them animals. A 2013 Time Magazine article describes the terror being created by a Buddhist monk in Mandalay. Since that article the situation continues to worsen.

This tolerance of religious diversity is also displayed in the employees of the Muslim Free Hospital. Muslim, Buddhist, and Christian doctors and nurses all work together with respect.

The quantity and quality of care given with the hospital's limited resources would be unimaginable in the United States. Muslims in Myanmar donate $400,000 a year. If the patients have money they pay what they can. If they have no money they pay nothing.

The outpatient clinics care for 450 outpatients a day. The hospital has 160 beds. In the year 2000, a year for which there are statistics, there were approximately 6000 cared for as inpatients. The hospital has medical, surgical, maternity, and a special unit for eye patients. Currently an average of 220 deliveries occur a month. The hospital has x-ray facilities, pharmacy, ultrasound unit, and operating rooms.

There are a total of 45 doctors working and donating time to the hospital. 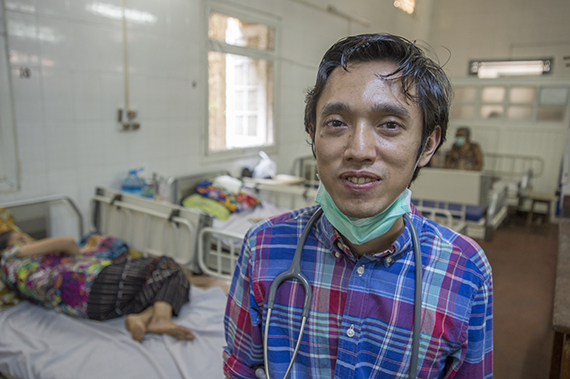 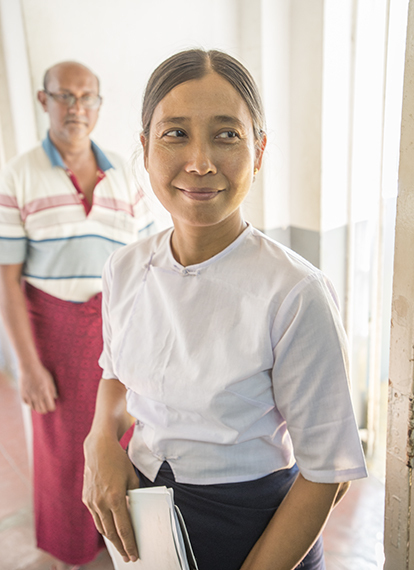 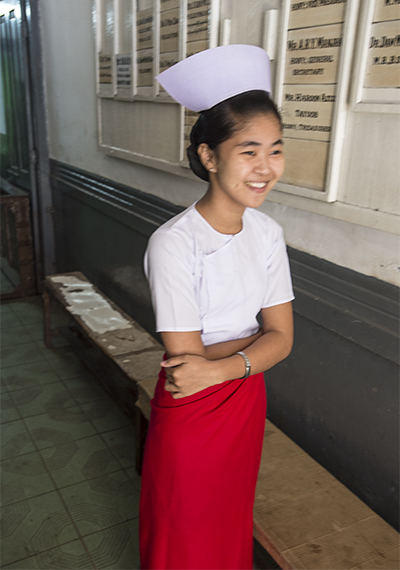 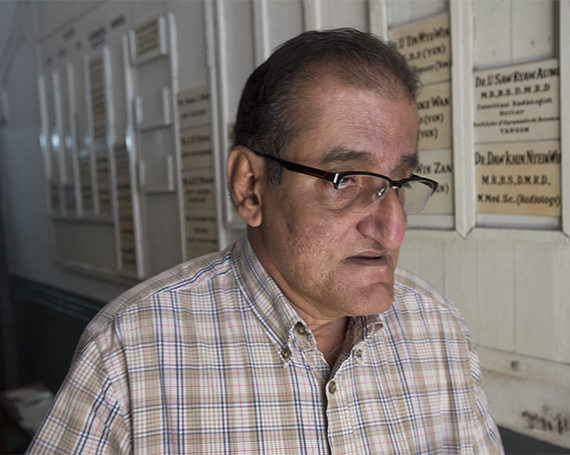 Mr. Moosa Madan- Grandson of the founder of the Muslim Free Hospital and current President of the Board of Directors. A businessman in Yangon.
Photograph by Stephen Wallace, M.D., J.D. 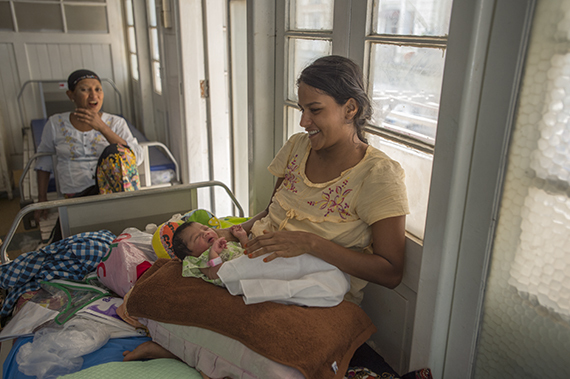 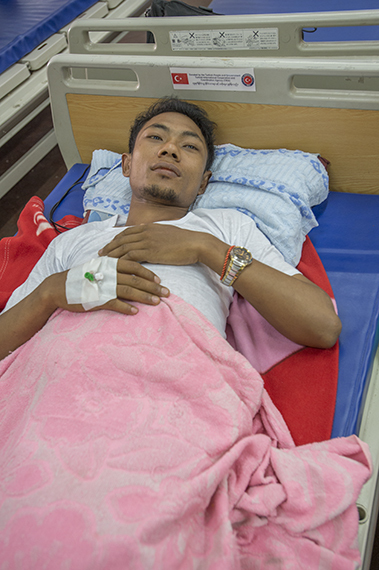 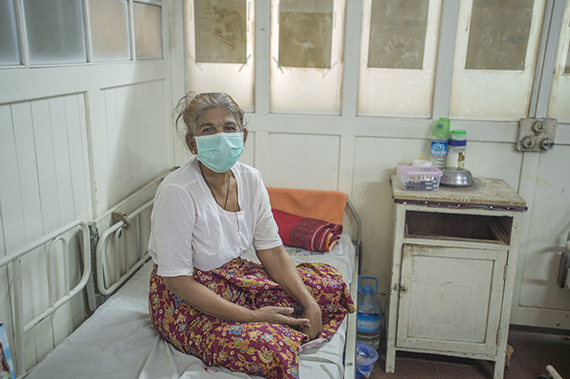 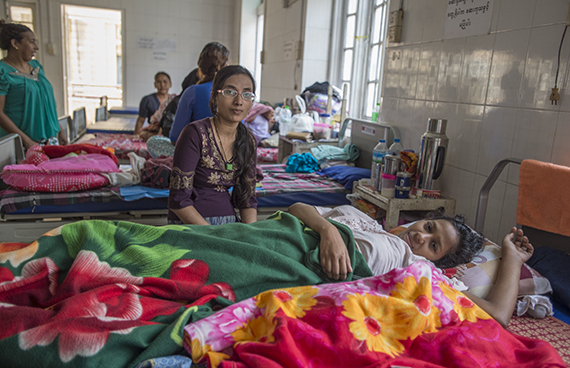 In a complicated world with horrendous events occurring daily its nice to see one shining light coming from a group only concerned with helping others. It is also a reminder to never over generalize.