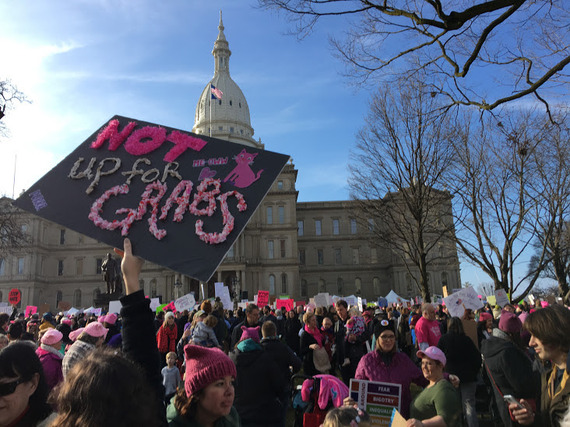 Last week, in an unprecedented move, Republicans on the Senate Finance Committee voted to suspend the rules requiring a quorum for votes on nominations, allowing them to push through US Representative Tom Price's nomination as Secretary of Health and Human Services (HHS) without the committee's Democratic members present. That move led, eventually, to this morning's 2 AM roll call, where the Senate voted on party lines to confirm Rep. Price's nomination. But let's not get distracted by how we got here. The real issue is that Price is a bad choice for Secretary of Health and Human Services. We must keep our opposition firm and fight to protect health care programs and services under his purview that he has pledged to decimate.

Secretary Price has a record of strident opposition to the basic mission of the Department of Health and Human Services. No doubt chief among his qualifications for his new post is that he voted to repeal the Affordable Care Act more than 60 times, voted at least 10 times to shut down Planned Parenthood, and would gut Medicare and Medicaid -- programs that disproportionately serve women.

By confirming Price, the Senate empowered someone who has said "there's not one" woman who can't access the contraception she needs. But we know that half of all women aged 18-34 have had difficulty affording prescription birth control, with greater disparities experienced by Latina and black women. Price wants to end the access to preventive care that nearly 56 million women have gained, without added costs, under the Affordable Care Act. He has repeatedly voted to push safe, affordable abortion out of reach, especially for women struggling to make ends meet, with far-reaching consequences for women and their families. And, Price, deeply committed to dismantling the separation of religion and state when it comes to health care, is now in charge of regulations governing contraceptive access. Further, he is profoundly committed to shredding the social safety net, including health care programs that protect the most needy among us.

What will women lose if Secretary Price has his way? Gender discrimination in health insurance could once again be legal. Charging women more than men for comparable plans could come back. Bans on denying coverage based on pre-existing conditions could disappear, including such "conditions" as having given birth by Caesarean section; being pregnant; having survived domestic violence and received treatment related to abuse; or having received medical treatment after sexual assault. Other achievements of the Affordable Care Act may well vanish, including guaranteed maternity coverage for all and recommended preventive care, including contraception, domestic violence screenings, Pap tests, and mammograms.

Price cosponsored legislation to enshrine into law his particular religious view about when life begins, as well as bills to allow doctors, insurers, and other health care entities to deny any care or coverage that doesn't align with their religious doctrines. Adherence to the views favored by Sec. Price could outlaw several forms of birth control and create barriers to other key services.

His basic attitude toward ending discrimination is actually hostile. He cosponsored a constitutional amendment to bar marriage equality and condemned the US Supreme Court's historic decision affirming same-sex marriage. Price also voted against efforts to make existing anti-discrimination laws more inclusive. He opposed legislation that ensured protections against hate crimes based on gender, gender identity, sexual orientation, and disability. He also opposed reauthorizing the Violence Against Women Act -- a law that has provided support for survivors of violence for decades -- with new protections based on immigration status, for Native Americans, and for those in same-sex relationships.

All of this should have been disqualifying, but there's more. Made wealthy by his career as an orthopedic surgeon before entering Congress, Price is alleged to have exploited his position as a congressman to invest in pharmaceutical and medical-products companies. To be an effective member of the cabinet, Price must not only meet all the ethical standards prescribed for members of Congress, but he must avoid the appearance of any conflict of interest if he should serve in the executive branch. Questions like these sparked the Democratic boycott of his committee vote.

According to the HHS website, the department's mission is "to enhance and protect the health and well-being of all Americans....by providing for effective health and human services and fostering advances in medicine, public health, and social services." Shame on the Senate for confirming someone who has demonstrated minimal or no commitment to that mission. He's been confirmed, but we must be vigilant if he starts to degrade that mission. Though the vote occurred while many were sleeping, make no mistake we are wide awake and will be working to protect the programs and services that are critical to our families and communities.

Nancy K. Kaufman is the chief executive officer of the National Council of Jewish Women, a grassroots organization inspired by Jewish values that strives to improve the quality of life for women, children, and families and to safeguard individual rights and freedoms.