Innovation is taking centre-stage in governance in India. Prime Minister, Narendra Modi recently wrote in an op-ed in the Wall Street Journal, Sept. 25, 2014:

A young nation with 800 million people under age 35, India is brimming with optimism and confidence. The young people's energy, enthusiasm and enterprise are India's greatest strength. Unleashing those attributes is my government's biggest mission.

He later added, "I also strongly believe in the possibilities of technology and innovation to transform governance, empower people, provide affordable solutions for societal challenges..."

Modi has brought into sharp focus the potential of a young and massive country and the demographic dividend that could be harnessed, but equally, the possibility of a demographic disaster. His statements suggest that unleashing the attributes of 800 million young people will not happen with simple tweaks, but would require innovation and creative disruption.

Modi is acutely aware of the need to instill a culture of innovation within the various ministries and departments of his government. As the Indian Express headlined an article, "PM Narendra Modi tells Secretaries: Give innovative ideas for next Budget." Bureaucracy tends to be status quo-ist so his attempt to infuse an innovation-oriented dynamism in the government is a welcome and necessary change.

A critical challenge in unleashing children and young people's talents is to ensure that they attain genuine basic literacy, as opposed to nominal "literacy," latest by the end of primary school. While India's official literacy rate is 74 percent (2011), it is not often acknowledged in official circles that the majority of "literates" in India cannot read simple texts in any language, such as a newspaper.

In a population of a billion people over the age of 6, roughly 400 million can read functionally but 600 million cannot (Kothari & Bandyopadhyay, 2010). Many studies have shown that despite five years of primary education nearly 50 percent of children cannot read a second grade text. The "attributes" of youth, thus, cannot be unleashed unless they acquire functional literacy. If an ability to read and write is not in place at the core, it is practically impossible to overlay on it a decent quality primary or secondary education, let alone more grandiose plans of achieving universal digital literacy.

Today, almost every child in India enters primary education but the majority exit this pipeline without basic literacy skills. It will take decades before quality improvements in primary schools can guarantee that most children become good readers. Disrupting this status quo will require the government to put some innovative ideas in play.

An innovation we have researched and developed, leverages the letter knowledge acquired in school with parallel everyday reading practice at home. Same Language Subtitling (SLS) of Bollywood songs on mainstream TV, in every language, is simple but not simplistic. SBS Dateline (Australia) tells the story of how SLS might work among weak readers in Indian villages. 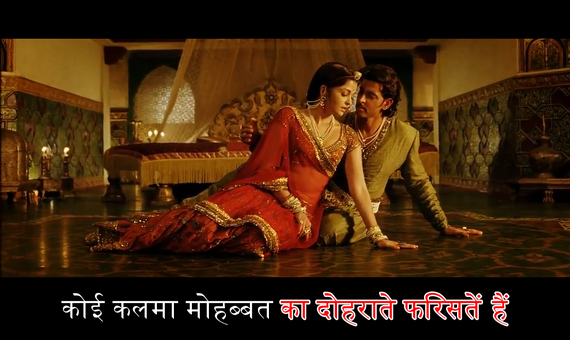 The SLS innovation scales because it instantly, automatically and inescapably gets the already 750 million TV viewers in India to read. At least 15-30 minutes of reading, in Karaoke mode, is assured for every TV viewer, all through life. Several studies have found that daily exposure to SLS, in concert with school, results in functional reading ability for most children (Kothari & Bandyopadhyay, forthcoming 2014; Kothari et al., 2004; Kothari et al., 2002). A child in cannot but become a good reader.

There are several lessons to be drawn from advocacy of SLS in broadcast policy in India, over the last decade. Ministries generally do not to have a budget for innovations. The entire budget is generally committed to heads that serve to maintain existing programs. An innovation, by definition, cannot have an a priori budget allocation.

After years of policy engagement, backed by research studies, the SLS innovation succeeded in getting "in-principle" acceptance from all the concerned broadcast institutions. However, the institutions have not been able to come up, so far, with the financial resources required for a national scale up. And yes, SLS is inexpensive, very inexpensive!

Policy-makers are right to demand evidence when an innovation knocks on their doors. But when that evidence is presented, it requires technical expertise to understand and evaluate it. Over the years, the SLS project has conducted and shared several research studies with policy-makers. While the studies have overcome the requirement for evidence, the evidence itself has never been weighed seriously. This is a pity because the power of SLS to impact literacy only becomes patently obvious if the evidence itself, which in this case is strong, is carefully examined.

Modi's innovation infusion in the government has some ways to go, but to his credit, he's got the ball rolling.