What is the difference between gender identity and biological gender?

What typically happens when a child identifies as transgender?
AIDAN KEY: For transgender people, claiming our authentic gender identity is very challenging. For children, that's especially true. Our voices are silenced very early. Any expression of our true gender has been typically characterized as confusion or even mental instability. The child who declares I am not a boy, I am a girl, often experiences a particularly harsh invalidation of this expression because femininity expressed by males can inspire fear, anger and revulsion, even from parents.
JOE WENKE: Unfortunately, for many transgender people, that treatment continues. In fact, many transgender people are marginalized and victimized throughout life. 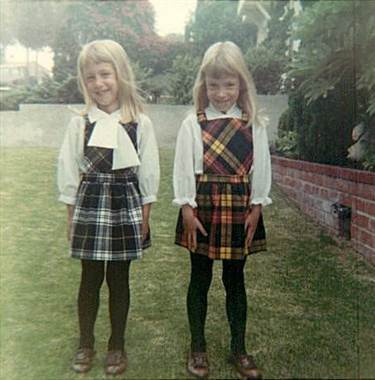 Over the years, how has the medical community viewed transgender people?
JOE WENKE: For many years the medical community has pathologized being transgender. For decades they've imposed on transgender people the so-called diagnosis of "gender identity disorder." Now they're telling transgender people that they suffer from "dysphoria," meaning that they are necessarily afflicted with discomfort with their bodies when in fact being transgender is an identity, not a disorder.
AIDAN KEY: That is true. So my message to the medical community, to educators and to everyone really is that gender identity exists, and it is not a mental health issue. Once we understand that, we can begin the real work of addressing problematic gender systems in society. Our schools, playgrounds, clothing, toys -- you name it -- everything is arbitrarily assigned a gender designation. Children articulate at a very early age that our gender systems are unfair and need to be changed. We need to listen to them. We are making progress and are now more tolerant about who can express and what it means to express masculinity. We also need to rethink what it means to be feminine and that it isn't something to fear when a biological male communicates femininity or actually identifies as a woman.

What is the typical outcome when transgender children are loved and supported by their parents, their siblings and others?
AIDAN KEY: These kids begin to thrive. When families support their child's gender identity and the exploration of that identity, they create an optimal environment for that child, one that lays the foundation for building a child's core sense of self.
JOE WENKE: Yes, transgender children are fundamentally just like any other children. They do great when they are loved unconditionally for who they are.
AIDAN KEY: In the work that I've done with the families of these transgender children, I've witnessed hundreds of kids who have been offered this kind of love and support. I can't tell you how many amazed parental faces I see as they talk about the positive changes in their children, kids who at 5 or 6 are starting to smile again. They start making friends and improving their grades. They feel they actually have a place in the world as themselves and that they belong just like everybody else.

This post first appeared on BookTrib.com. Aidan Key was a participant in Joe Wenke's new book, The Human Agenda: Conversations About Sexual Orientation and Gender Identity.