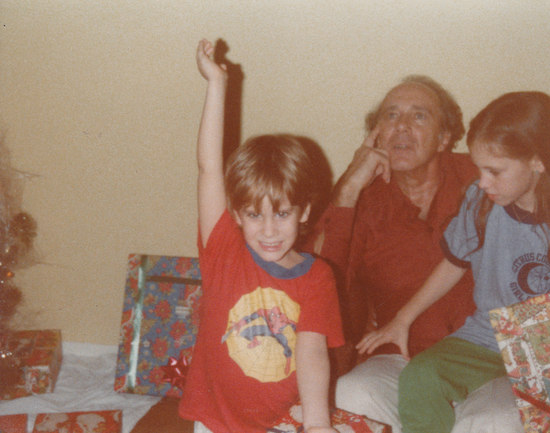 Matt Smith is no longer The Doctor, but at Wizard World Louisville Comic Con last Saturday, the actor who recently retired from long-running sci-fi series Doctor Who was still performing the role of a healer.

As I sat alongside Smith on stage, in the role of panel host, fans shared touching stories about how the show, and Smith's work, had improved their lives.

Among the more impactful was a woman who revealed she was going blind and Smith would be the last Doctor she'd ever see, and that she was happy to see him in person. Another admitted she had been contemplating suicide last year and it was Doctor Who that brought her back from the brink. Then there were the children who were inspired to meet their hero, and the parents that drove 10 hours so they could.

Over the course of a weekend, I witnessed similar scenes play out, whether it was with Smith's former costar Karen Gillan, or Sean Astin from Rudy and The Lord of the Rings trilogy, or other actors, artists and creators. In fact, I have witnessed it at more than a dozen conventions in the past year alone, and expect I'll witness it a dozen more times before 2014 is over.

I am a professional nerd. My work involves writing and talking publicly about things I love and their impact. For me, that largely includes super heroes, zombies, science fiction, horror and the paranormal.

But this past weekend, I found myself vocalizing in a new way something I've inherently known for a long time: Nerd matters. If you are indeed a nerd, this won't be much of a shocker. But if you have someone in your life you suspect might be a nerd, or if you just don't get this stuff, listen up.

I grew up kind of a weird kid (as shown striking a Spider-Man pose above). Though I never felt like a complete outsider, I knew there was clearly something a little different about myself, and my core group of friends. We grew up living in the worlds discovered within books, comics, television shows, movies and video games. We expanded on those worlds, and created our own, through stories we wrote, adventures with action figures and role playing games. Along the way, I logged an Indiana Jones-style warehouse worth of encyclopedic knowledge on a lot of nerdy topics. I did not necessarily think of myself as socially awkward, but I never quite felt as much as myself as when I was connecting with other over the things I loved. Sure, maybe some teachers or peers thought I was strange, but get me around other nerds who wouldn't judge me, and I would fit right in.

Whether you want to call it fan culture, nerd culture or geek culture, it matters. But it doesn't only matter commercially because The Walking Dead, based on a comic, picked up 15.7 million viewers for Sunday night's finale, nor because five of the top 10 highest grossing movies of 2013 (like sequels to Iron Man, The Hobbit and The Hunger Games) fit within the genre. And although it is cool that nerds, geeks and fans are main characters on several sitcoms (and famous nerds like Patton Oswalt, Felicia Day, Wil Wheaton, etc achieve prominence partially because of their self-confessed nerdiness) and see the iconography utilized across the fashion landscape - on everything from faded tees to leggings and more - that's not really why it matters, either.

Nerd matters because it provides a sense of community for those that need it. In a landscape where it is easier than ever to feel isolated, it welcomes in anyone who wants to express enthusiasm, and gives them a place to share it. It makes you feel better about who you are, and gives you a venue where you can drop the guard a little and just "be." There is a communal knowledge and familiar language among the members, but there is no requisite for entry aside from love for a thing. And though there are those who are fiercely protective of that community, nerd matters because it is a celebration of simply being a nerd. My particular streak of nerdery tends to revolve around speculative fiction, but you can find nerds across the spectrum of science, math, politics, sports, beer and more.

Eventually, as I got older, it continued to matter to me, but I also learned to adjust outside of my nerd life. I continue to celebrate my inner, outer and all-around nerd, and now do it professionally. But I truly believe that sense of nerd community also allowed me to move outside of it.

This is what is visibly present at the comic cons and nerd events mentioned above. People are celebrating community and forging new relationships in a space without judgement, but they are also learning to move beyond the con. And while the conventions, which are certainly a profitable industry, do not serve as a substitute for necessary medical treatment in those aforementioned situations, they offer up the community of the nerd and provide something of an arm around the shoulder.

But nerd matters outside of the events as well. It matters at home, at work, at school -- and involves more than celebrities like Smith. And it should matter even if you do not consider yourself a nerd, but you have them in your life. They aren't strange; it's just how they are. Moreover, you don't have to speak the same language or share the same enthusiasm, but should support that excitement and encourage their interaction in that community.

Most of all, just throw an arm around the nerds in your life and let them know it is OK to be one, and that nerd matters because they matter to you.