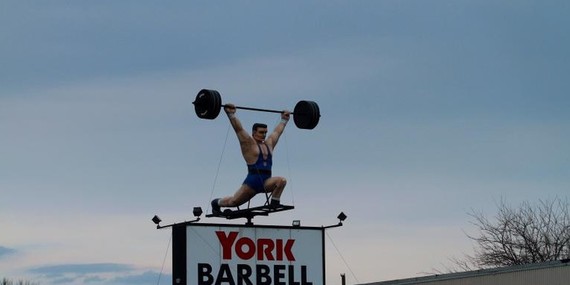 This story originally appeared on Fatherly:

Maybe your kid wants to dominate the playground or get a jumpstart on your dream of them becoming a pro athlete. (Your dream? Their dream. Definitely their dream.) Maybe they just don't want to inherit your dadbod. Whatever their reason for trying to get big and strong, the whole "Just eat your vegetables" thing won't cut it for long. Eventually, they're going to want to lift some weights.

If you're concerned about how they can do that effectively and safely, without stunting their growth or crushing a big toe, meet Mike Curtis. A former Memphis Grizzlies strength and conditioning coach who now oversees the boys-to-grown-ass-men-ification of the University Of Virginia basketball team. Curtis also runs a training center for kids in Charlottesville and just had a kid of his own.

So, when does Curtis think your kid can safely start strength training? Pretty much as soon as they can walk, which doesn't mean what you think it means. 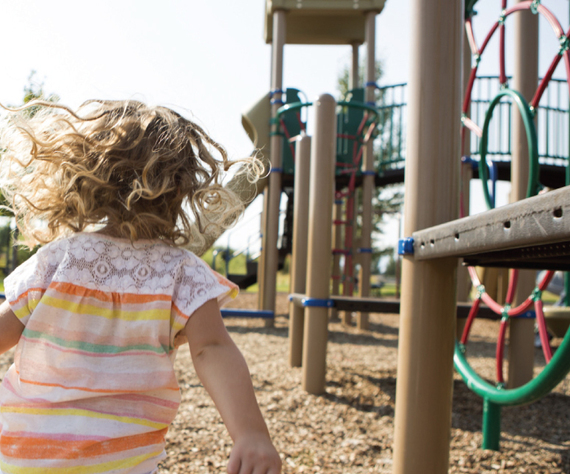 "The best thing you can do early on is promote free play," Curtis says. "Find a field, find objects, and let them throw and catch and run and play games and have fun. That needs to take place early on to make sure we're giving our kids an active start." Granted, this isn't really something you should need to be told to do with your kid, but there it is.

Once they've perfected the whole knowing where their feet are thing, you can start cultivating your little athlete. Curtis' approach is "Long-Term Athlete Development," a term cribbed from a book of the same name. He believes parents drive their kids to specialize too early, resulting in repetitive movement syndromes, injuries, and burnout. At this early age, they should play as many sports as possible with less emphasis on winning and more on learning to move. That includes basic calisthenics and bodyweight movements: squats, lunges, pull ups, chin ups, and planks. Eventually, they'll be well-rounded and proficient enough in those patterns to safely load them with weights. "It's a slow-cooked approach," Curtis says. "Let kids develop movement literacy and movement competency first before lifting seriously." 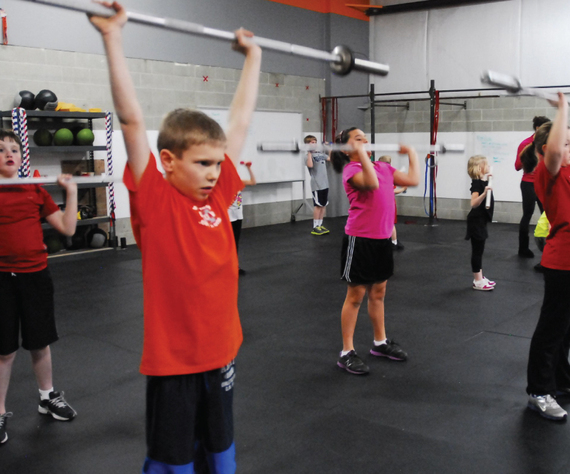 If, by this point, your kid has done enough solid physical activity to develop what Curtis calls "a robust movement vocabulary," they can start with bodyweight exercises and basic medicine ball carries and throws. If they insist that these aren't "real" weights, maybe Curtis can get them to listen: "My response will always be, 'Let's lay a foundation first and then we can build a stronger house on top.' I've seen professional and high level athletes lose that foundation and it actually shortened their careers," he says. Yeah, the pro athlete bit ought to do it. That's why he's a coach!

Here's a novel thought: progress logically over many years through free play, movement competency, multilateral training, and competition, and by the time it's appropriate to specialize in a particular sport, you'll actually be good enough to select it yourself!

There's also science that backs up the virtue of patience. The developmental window around kids' teenage growth spurts known as " Peak Height Velocity" (which you can predict here) is the ideal time to incorporate running and sprinting into their training. "That's going to be the time you start to develop speed qualities," Curtis says, "and in most sports if you're the fastest person you're usually the best person." Touche, salesman.

Curtis notes they should wait until PHV ends and growth plates close before loading on the heavy weights (Immediately after for girls, 12-18 months later for boys); by this point your kid will be ready for a quality weight lifting program that sets them up for high level competition.

"Long-term athlete development ... is a slow-cooked approach. Lay a foundation, then build a stronger house on top."

Ultimately, it comes down to capitalizing on each of the above windows and exposing your kid to the appropriate stress (or lack thereof) at the appropriate time. Of course, kids don't always rely on the logical half of their brains, so they might not appreciate this very sensible approach. Just remember: it's all strength training. "Even if you use your own bodyweight as an external load, you're going to get stronger," says Curtis. "You're going to improve the neuromuscular efficiency first and then all of a sudden you're going to have structural changes because you've increased the volume by which you've done those exercises."

If coachspeak didn't inspire them, all those big words will at least keep them confused for a few more years.

Voting Made Easy
Register to vote and apply for an absentee ballot today
Register now
More:
ParentsFitness and ExerciseHealthParenting
Newsletter Sign Up
Raise the kind of person you'd like to know
Subscribe to our parenting newsletter.
Successfully Subscribed!
Realness delivered to your inbox