San Francisco Ballet recently announced the promotion of Wei Wang to soloist for the 2017 Season. That means he's staying. Thank you, SF Ballet! Wei has been a member of the corps de ballet since 2013 - grabbing my attention throughout a wide variety of assignments and in a long list of diverse repertoire. We met during the company's run of Nutcracker, the day before his first appearance in the Grand Pas de Deux. The excitement was high. I saw Wei in the role on the last day of the production which featured Angela Watson as Clara and soloist Lauren Strongin in the Grand Pas de Deux. The teaming was ideal. Wei Wang arrives as a versatile leading man. 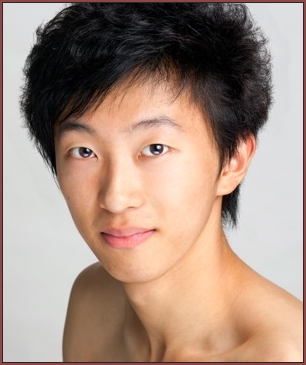 Wei is now preparing for his role as the creature in Liam Scarlett's Frankenstein coming up in February (Program 3). Time enough to get acquainted with Mary Shelley's life-altering Gothic novel, yes?

"It's a huge deal for me," said Wei. "I'm lucky to have been chosen by him. I've always looked up to Liam Scarlett's stuff. Beginning with the first steps - I knew I was going to like his Hummingbird, also Fearful Symmetries which is being done again this year [Program 5]. It's a very interesting piece."

Also fearful, I added. "What is fearful about it for you?"

"Ahhh," sighed Wei. "Liam described it as very sexual. It's physical, sexual - for all the dancers. He wanted the audience to feel that thrill, to feel the sexual tension. Coming from very classical Russian training, that was hard for me to explore."

"You mean exhibiting that particular side of you? To just call it up and enter with, 'Here I am!'"

"Yes. That is the hard part. It's a very important quality onstage - and it's a huge stage! You want that energy to be out there - to have the people know you are there. I need to work on that." 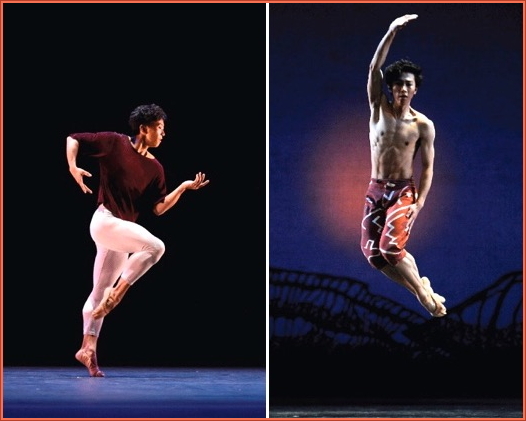 Wei's driving interest in creating choreography definitely affects his technique and sense of storytelling. That aspect of his talents was kindled in 2010 when he attended the Youth America Grand Prix (YAGP) ballet competition in New York. Film director Bess Kargman's award winning documentary First Position deals with this incredible annual week-long event. During my interview with Kargman, I concluded there was only one way to describe the competition's overall atmosphere: Fierce.

"I studied at the Beijing Dance Academy for seven years. My teacher, wanting me to step it up a bit, decided to take me to New York to do the competition - to make some improvement. My choreographer, Disha Zhang, inspired me to do something myself, to create some steps. She had very interesting ideas about moving, about approaching contemporary movements - a different way than a classical dancer normally moves - with some Hip Hop in there. It got a lot of attention from the other dancers. No one remembered my classical variation. So, I started thinking that maybe I could create something myself." 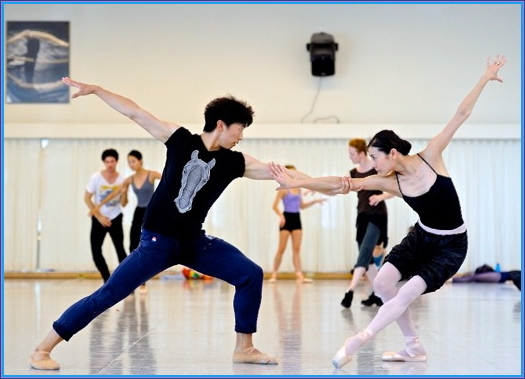 "About two years later I was in the summer training program at San Francisco Ballet and Helgi hired me. I then met Yuri Possokhov and Liam Scarlett. I decided to make a piece. Patrick Armand [Associate Director at SF Ballet School since 2012] was my teacher when I was interning. He trusts me so much that all he said was, 'Do it.'

"The name of the piece was Focus. It's those parts of my life where I need to focus, what I need to work on the most. It's a self-involved piece. I used some contemporary movement with classical technique. I decided to use movements that the dancers here don't use, to develop those movements and use them in the training program. I chose Beethoven's 'Moonlight Sonata' and added some sound effects in the background. Focus has three guys, two girls. Everyone has a solo and their own style, everybody dances with everybody. I put that all together so they dance as one while dancing individually.

"Sean Bennett was helping me to rehearse the trainees. We talked about which way it should go, how to approach these movements, how to make different combinations. We discovered an easier path for them and for me - what to focus on. We struggled a little at first, so I gave the dancers more exercises to get into it and slowly get the movement into their bodies. It all came out, it was all worth it. I'm thinking of doing another piece this year - so I can get the ball rolling." 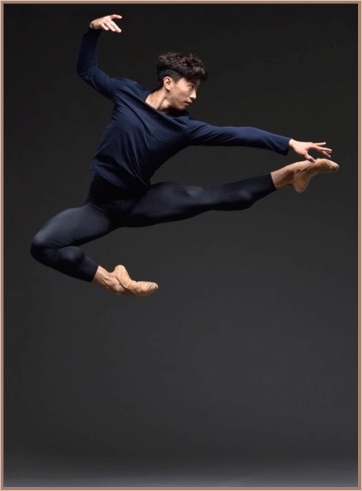 "When you were a young child in China, were you just one of those kids with a lot of excessive energy - bouncing off the walls?"

"Since I was a child my whole focus has been on dancing. When I was little, my parents saw that I liked to move. My mom said it was the way I reacted to music. So, they just threw me into the studio to see what I could do. 'I'm taking him to Beijing!' said my mom. She decided everything for me. I went to an audition at the Beijing Dance Academy. It was simply one step after the other. At the beginning, I found it difficult. I didn't think I could make it. But my teacher really kept pushing me and I started enjoying it."

But where did he think all of this physical workout was headed? Did he have a finished production in mind? Had he seen any ballet, perhaps on TV or in a movie?

"Nothing! This is interesting. There are two majors at the Beijing Dance Academy - Chinese traditional dance and Ballet. I was aiming at Chinese traditional. My teacher in my hometown called me and said, 'If you choose ballet, you have the possibility to make dollars.' There was a click in my head. That sounds interesting. Now I'm on the right track! That's how I chose it. Before that, I knew nothing about ballet. So, I left home. I was ten. My grandfather said, 'He's going to cry and come back at some point.' My mother said, 'No. He's going to make it.' I was happy. Later on, I became very appreciative of my parents' decision." 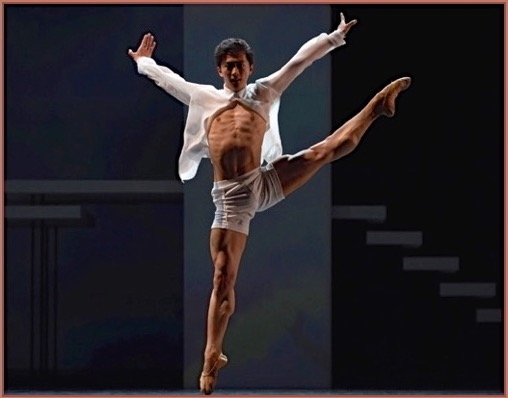 "Have they seen you dance professionally?"

"Yes, the company went to China in 2015 for Helgi's twentieth anniversary. We did Giselle, I danced one of the pas de cinq variations. They were so proud. None of my family are into the arts, so it was, 'Great job! You look amazing onstage!' You have to really love what you do. You really have to love the character and love the dancing of the part. That way you can approach what you want to achieve. That's the idea of classical ballet. It's not just the technique."