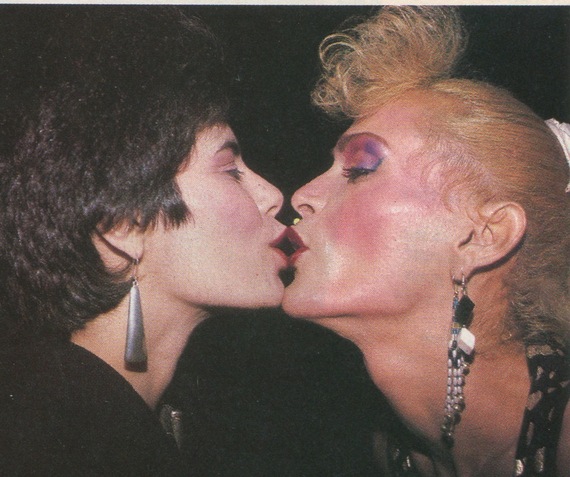 "Am I doing it right?" This is the question that Caitlyn Jenner asks of the transgender community in the initial post to her
blog
. As a trans ally with nearly 40 years experience in the field of human sexuality and gender, I've come to know personally individuals who represent many different segments of this vast transgender community. I've witnessed transgender culture go from underground to mainstream. These people include youths who ran away or were thrown away from home, sex workers, porn stars, artists, activists, philanthropists, and professionals of every category as well as thousands of transgender or cross gender individuals whom I have met in my travels or who have enrolled at
Miss Vera's academy
. Caitlyn Jenner was never one of my on-campus students, but she well might have been. 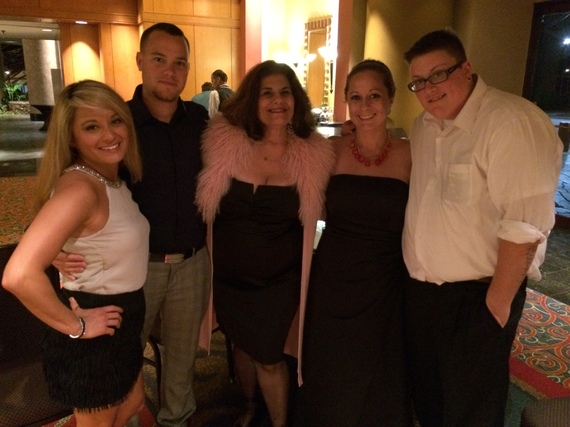 Is she doing it right? Recently, I was asked my opinion on Caitlyn's physical presentation. The outer appearance seems to always be an easy starting point for the press. On her make-up, her clothes, the way she walks in her heels, - Caitlyn received high marks from me and all who were interviewed for a
piece in the NY Daily News
. Far more important, Caitlyn's overall poise in the face of all of those cameras was not only admirable, it reflected the kind of confidence born of much inner personal work and strong and loving support. Caitlyn has done her homework. While exulting in the freedom to finally have her outward appearance reflect the woman who has lived within and to do so with the tremendous resources she has as a Hollywood star, Caitlyn so far, lives up to the responsibility that accompanies her fame and fortune. Photographed with transgender thought leaders such as
Kate Bornstein
, ground-breaking actors like
Candis Cayne
and outspoken community leaders, Caitlyn increases their visibility and acknowledges the contributions of those whose efforts give her the courage to be seen. Her media reach is extraordinary. Because of this, Caitlyn has the ability to help unite a community that like all movements, is often at war with itself. There are the language wars, the debates about who has the right to speak on trans issues; who is trans and who isn't. Any politician would be thrilled to have have her approval rating. Caitlyn's blog offers a budding list of resources which no doubt will grow and be even more inclusive. 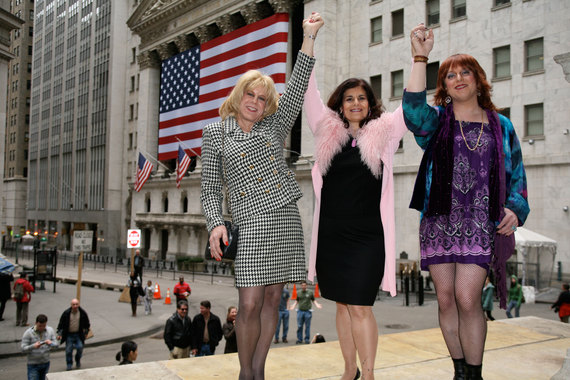 The interview with Diane Sawyer was excellent. Bruce lived with "white male privilege." This is the world inhabited by many crossdressers who might not identify with the term transgender. Originally chosen as the umbrella term to unite a movement, the term transgender has become associated with people who transition. The term cross gender might feel a better fit for some, who for very strong reasons want to live in both genders. To me, these individuals are also transgender. Caitlyn's honesty with regard to her cross dressing history makes it easier for those who go back and forth across gender borders to identify as members of the transgender community. Many such members are in a position to make contributions of professional services, jobs and money that will benefit trans people in need. My hope is that Caitlyn will reach out to those who still live in their very well-appointed closets, like she once did, to open their purses and help. 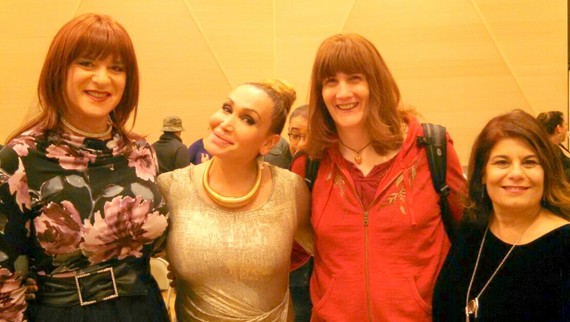 A doctor of human sexuality, I have never totally excluded sex from discussions of gender. Transgender experience is full of stories of people whose sexual practice proved a key to unlocking the door to their authentic identity. In the Jenner/Sawyer interview, Jenner identified as "asexual....for now." Will Caitlyn one day introduce us to a new love, someone with whom she is intimate. I hope so. Maybe there will be even more than one: a man? a woman? Another trans person? May the seeds of love and acceptance she sows today, come back to her a thousand fold. We will all be the better for it.
Download
Calling all HuffPost superfans!
Sign up for membership to become a founding member and help shape HuffPost's next chapter
Join HuffPost