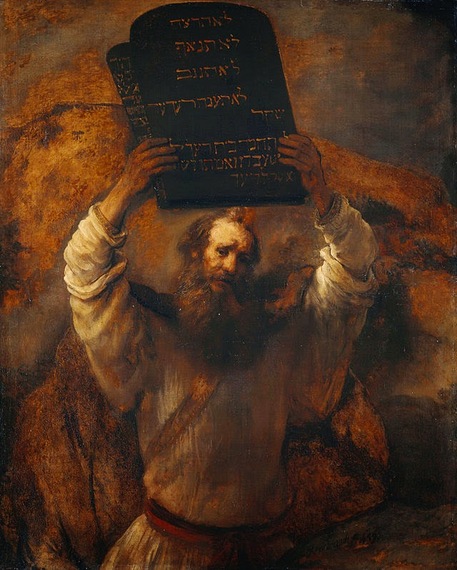 You frequently hear that painful and difficult experiences are opportunities for spiritual growth. Rejection in the form of being let go at work or being left by a lover who decides he or she is enamored with someone else is painful. But it's supposedly less painful if it you regard it in a new light, ie as a chance to discover something or do something that you might not have chanced to attempt before. People who are addicts or alcoholics have to give up the thing they love and are addicted to, but in the process they get to join AA or NA and learn to derive pleasure and satisfaction from helping people and developing the kind of spiritual life they might not have known before. Nietzsche famously said, "that which does not kill us makes us stronger" and there's the old saw, "one door closes and the other opens," with the period of uncertainly termed as "being in the hallway." That was the position of the Jews when they left Egypt. They were freed from slavery which was a good thing, but then there was a period of darkness and dejection, a downward turn in which they had no idea where they were headed, if anywhere. The Red Sea parted, but then they were in no man's land, the ultimate "hallway." If you're a biblical fundamentalist you adhere to the notion that they were wandering for 40 years. But biblical time is often a metaphor. For all we know, they were lost for a geologic age that might have seemed like an eternity (at least something beyond hope)--before they found the Promised Land. And according to the biblical narrative there were many dissenters who wanted to give up before the miracle took place and even worshipped idols like the Golden Calf, rather than having faith in the God who had already rescued them from slavery. The Exodus story is potent not only because it's a narrative of freedom from oppression, but because in microcosm it's about how human beings deal with freedom and negotiate the difficult life passages that occur once they receive the gift of choice.

"Moses Smashing the Tablets of the Law" by Rembrandt