In the summer of 2012, as Gathr was building out its idea for Theatrical On Demand®, I reached out to Ric Robertson and Tom Sherak (The AMPAS' respective COO and President at the time) in order to describe to them the bottom-up democratized approach to film distribution that we intended to take; and specifically how it could provide a meritorious alternative to the financial challenges of documentary awards qualification.

In light of Richard Brody's spot on criticism of the crippling effects that the traditional theatrical distribution model has on independent films and awards recognition (New Yorker, April 26th, 2016), and harkening back to Bryan Glick's excellent piece imploring docu filmmakers to save their money on OSCAR® campaigns, proposing qualification via marquee film festival wins (Indiewire, January 13th, 2016), I thought I'd dig my own proposal up and share it with you.

A bit of 'inside baseball', but the core idea is that now that we have populist demand-style theatrical distribution models, some minimum, geographically-agnostic box office threshold should also (by no means, exclusively) be an adequate litmus test for Academy Awards consideration:

Thanks for speaking with me on Monday. Following our conversation, I am reiterating much of what we discussed so that you can share this information with your team:

Currently, as you know, the eligibility requirements for a documentary include:

As you're also aware, these requirements have resulted in limiting documentary qualification to one of three possibilities:

However, to put that in perspective, of the 610 movies released in theatres last year, 106 of them were documentaries (according to Box Office Mojo). The Academy's shortlist of 15 did not include any studio, specialty division or mini-major's documentaries. And, only 7 of the 15 short-listed films were distributed by notable independents (e.g., IFC, Roadside, Zeitgeist, Oscilloscope, Arclight, RumuR, First Run). The other 6 were self-distributed.

This is a wonderful way of getting the Academy's attention. It is any filmmaker's honor to have his/her film curated by the IDA. The only drawback is that not all filmmakers can afford the costs of participation in Docuweeks. Notably, 2 of the documentaries on the Academy's short-list also played at the IDA's Docuweeks (out of the the 24 films shown).

Note: The IDA replaced DocuWeeks in 2013 with its terrific Documentary Screening Series.

The remaining 5 of the Academy's short-listed documentaries (one-third of the Academy's total) have no theatrical financial data reported. They were most likely 'four walled' between NYC and LA in order to qualify at a significant cumulative cost. However, many more filmmakers, no doubt, four-walled in an attempt to qualify. In fact, the Quad Cinema in NYC is exhibiting at least one four-walled documentary per week. 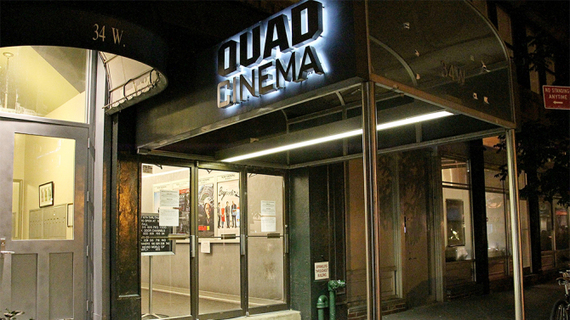 As you know, Theatrical On Demand® provides a new model for theatrical distribution that works from the bottom-up, so that it will enable movies -- especially documentaries -- to be seen by smaller audiences, everywhere in the country. Theatrical On Demand distribution can effectively get at the audiences to whom particular films are relevant. Cost-effective online and offline outreach has enabled our industry to expose films with limited appeal to target audiences; but until now there hasn't been a model capable of facilitating theatrical distribution/exhibition in a cost-effective way.

Now that a documentary filmmaker can, at no financial risk, use crowd-sourcing demand-style platforms to set up and to 'greenlight' commercial theatrical screenings anywhere a critical mass audience requests/reserves them, in addition to the current ways of qualifying, filmmakers should be able to qualify for Academy consideration by a film's using their market-agnostic box office gross as a measuring stick for quality, and thus, an acceptable prerequisite.

The Academy can set the gross revenue bar where it sees fit. Let's say that bar is $25,000.00. During the Academy eligibility period, a filmmaker would employ Theatrical On Demand as a tool to facilitate theatrical screenings in order to achieve that gross before the eligibility expires. This process is quite similar to a Kickstarter campaign. The filmmaker uses outreach and community to demonstrate worthiness. Theatrical On Demand creates a meritocracy for these films.

The Academy could achieve an enormous breakthrough for documentary filmmakers, because it can finally level the playing field for all. Additionally, allowing for a documentary's community to prove a film's worthiness with their wallets (instead of the filmmaker's) provides a winning proposition for the Academy because documentary filmmakers want most of all an opportunity to have their films seen by as many people as possible, and an endorsement by the Academy through a short-list announcement, a nomination, and most importantly, an OSCAR®, is the most effective means to achieve that goal.

I'd like to discuss the specific proposal I have in mind before I formally send it over. Please let me know if we can schedule a call/meeting with you/your team early next week.

Although Ric politely responded to my proposal, it never went anywhere. However, since then Theatrical On Demand® has demonstrated substantive success. Despite never playing a film festival or doing a traditional qualifying run, in 2013, the first film we distributed, GIRL RISING, earned $1.7M at the box office, averaging 174 people over ~1000 screenings across all 50 states. Whether worthy of an award or not, that documentary surely should have qualified for consideration. Similarly, the latest documentary film that we are distributing, MINIMALISM, doesn't screen until May 24th and has already grossed over $120K, having 'greenlit' 75 screenings averaging 145 people per screening. 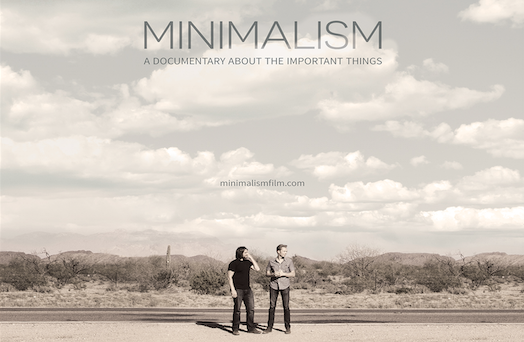 MINIMALISM, like so many docs that use a financially risk-mitigated crowd-sourced approach to theatrical distribution, has found and corralled its audience. What better temperature read of a film's authenticity and credibility than an endorsement (of a ticket purchase) from the base. Surely a minimum gross theatrical box office threshold, no matter where in the country it may be derived, should constitute Academy qualification.

*Featured image shows the 2014 contenders for Best Documentary OSCAR®. Though GIRL RISING out-grossed 3 of the 5 on the list it did not qualify for consideration because it did not play traditional runs in New York and Los Angeles according to Academy rules.
** Roadside is now owned in part by Lionsgate, a "mini-major".
***The Quad Cinema is currently under construction.

An earlier version of this post originally appeared on the Gathr Films blog.