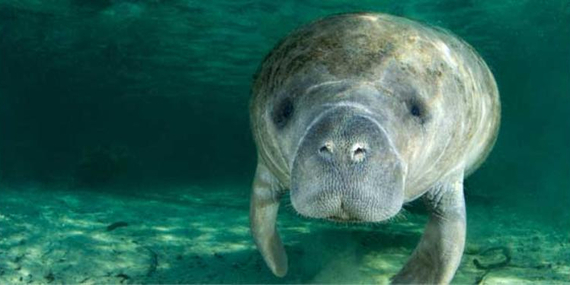 A foundational observation of ecopsychology is that mental health is intertwined with the health of our planet. As Theodore Roszak, a spokesman for the field, stated in his 1992 book The Voice of the Earth:

"Ecopsychology holds that there is a synergistic interplay between planetary and personal well-being. The term 'synergy' is chosen deliberately for its traditional theological connotation, which once taught that the human and divine are cooperatively linked in the quest for salvation. The contemporary ecological translation of the term might be: the needs of the planet are the needs of the person, the rights of the person are the rights of the planet."

Andy Fisher expressed this concisely in his book Radical Ecopsychology: "Ecopsychology is a psychological undertaking that essentially says 'we too are part of nature.'"

Why, then, don't we feel responsible for how we treat nature, place, and Earth? Perhaps because since the Agricultural Revolution of ten thousand years ago we've shifted, as a species increasingly dependent on mechanized farming, from revering the world as sacred to objectifying it as a resource. Institutional religion and scientific industrialization cooperate exactly here, where the first demeans Earth as a stage prop for divine doings and the second digs it up for the furnaces of mass consumption. The argument that humans are separate from or somehow high above the rest of nature always works in the end as an apologetics for nature's exploitation.

Those of us who read the news know we all face catastrophic climate change, but we see few reports about the decline of our oceans. The sea around and below us forms a kind of collective unconscious, out of sight but not out of psyche.

The depths that absorb the outpourings of carbon we pump into the air are acidifying and overheating. Most of the large fish are gone, and the rest are perishing rapidly. Agricultural runoff combines with oil spills to open enormous oxygen-absorbing dead zones as coral reefs and other habitat decline. Human noise sends dolphins and whales off course; some strand themselves and rot on the shore. False islands of discarded plastic gather offshore like complexes: centers of psychic trauma spinning out of control.

It's difficult to see how any of this destruction will stop until we realize, in the heart as well as in the head, that we are the sea. The earliest forms of life on Earth sparked in saline deeps. Declining plankton still feed plants and animals even while replenishing the atmosphere. The sea gives us minerals and medicines, moist clouds and mild climates. We can breathe because of it.

Beyond all this, the sea rises and drops, pulses and crests as a living planetary unconscious. What we do to the sea we do to ourselves, individually, nationally, and irrevocably.

For we are not separate from our home world, nor can the refusal to acknowledge our interdependence with the rest of nature lift us magically above it. Everything flourishes or expires together. Global warming is an overheating of the human mind, a fiery internal combustion not only in our carburetors but in our bypassed hearts. Plastic islands mirror our commodified isolation; vanishing biodiversity echoes what Vandana Shiva calls a "monoculture of the mind." The zombie-like desolation of dying reefs signals a depletion of the human spirit hanging in anxious limbo somewhere between life and death.

Quite a few ocean restoration and advocacy groups at least implicitly speak to this connection of inner and oceanic. The Blue Ocean Institute, Oceana, Greenpeace, the Sea Shepherd Society, the Blue Frontier Campaign, the Ocean Conservancy, the Deep Sea Conservation Coalition, and other such organizations always need the support of citizens willing to spend some money and time to heal the sea. One need not be an activist to join. 350.org has made big strides in persuading companies, schools, and even governments around the world to stop subsidizing fossil fuels that render Earth uninhabitable before our eyes. National governments will not act effectively until responsible citizens demand it.

To demand it requires a psychological transformation in our relationship to the natural world. "The way we think of Nature affects the way we treat her," explains Janine Benyus in the film The Nature of Things. "When we see nothing but resources, everything is at our disposal. But when we begin to see organisms and ecosystems as mentors, we become students, and our relationship changes: from hubris to humility."

One might start with two simple questions: How do I feel my attachment to the sea? How does this connection show up in my life?

For some of us it shows up in acts of appreciation, as when we admire the sun rising and setting over the watery horizon. Our culture tends to either depreciate esthetics or reduce them to a theory of art, but esthetics of the heart connect us directly and powerfully to what we see and sense and feel.

When our relations with Earth and sky and sea remain unconscious, however, they show up instead as emotional discomforts and even symptoms we often fail to understand. "My" depression, "my" anxiety, "my" bewilderment and inner deadness: what on Earth is the matter with me? Perhaps the matter is outside as well as inside. "I believe," writes ecopsychologist Sarah Conn, "that each of us now experiences in some way -- physically, psychologically, economically, or politically -- the pain of the Earth." Perhaps the matter is actually connection, resonance, empathy for the troubled depths.

Some years back I received a jolting reminder of this connection from a dream so troubling I doubt I will ever forget it. The dream was not an ordinary nightmare. The sense of responsibility it gave me has been difficult to shoulder, so I don't try to alone. As trauma never seen before reaches around and into the world, the species featured in the dream is perishing in record numbers. My impression is that more and more people suffer dreams like this as the life of the world calls out to us to change course.

Here was the dream:

"I am swimming in the ocean. Before me a manatee looms into view. To my horror I see that its skin is falling off. The entire body deteriorates before my eyes.

As I watch, the manatee turns toward me and directs a thought at me. One word, telepathically conveyed in the way dreams sometimes do: 'Hurry.'"