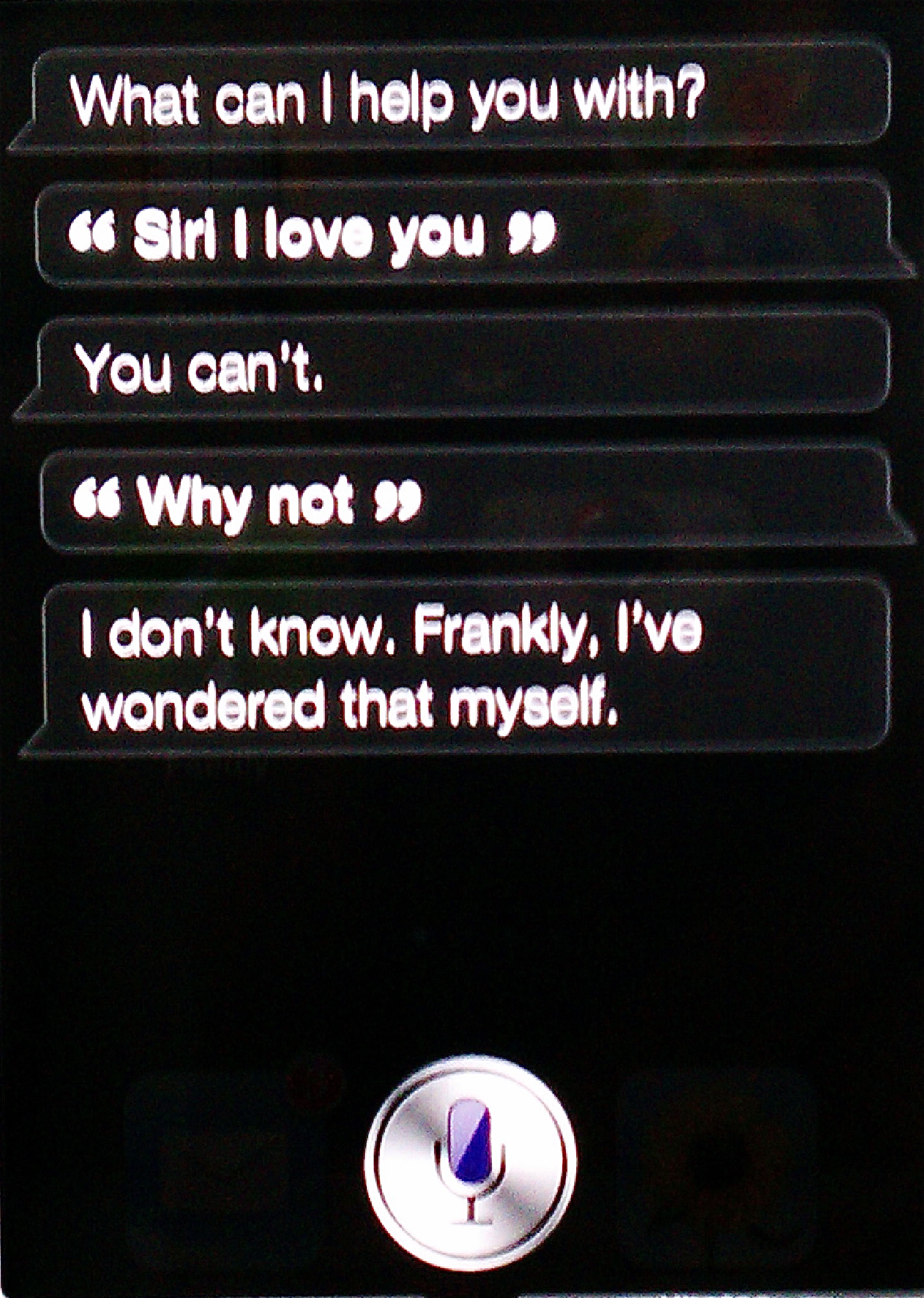 A few weeks ago I had the pleasure of being interviewed by San Jose Mercury News writer Patrick May as the psychologist expert for the humorous article he conjured up about what makes Siri tick.

If you are familiar with Apple products like the iPhone, you've probably heard about Siri's robotic voice and her always-available desire to serve you, find you information, and facilitate almost every aspect of daily life. I am guessing that there are whole generations of young people who have no idea how to do the most basic research without her help.

It's probably not surprising that those of us who live in Silicon Valley, CA think a lot about technology. This would be particularly true for Patrick who is a technology and business reporter. He and I spent a hilarious hour probing and pushing Siri with questions that we hoped would pierce her shield and let us find out who she really was, or at least who her engineer creators intended her to be. We could only get so far of course, because as Siri firmly reminded us, "this isn't about me, it's about you!"

With 45 years as a practicing psychologist under my belt, I was accustomed to going deeper into anyone's history, as long as they gave me permission. But Siri made it clear that she wasn't going there -- most likely because she wasn't programmed to do so. Even I was beginning to anthropomorphize her, expecting human and emotional responses from a machine!

It then occurred to me that there might be a significant different between those of us over 50 years of age and those yet to get there in terms of how Siri is experienced and utilized. I began to query my Silicon Valley network and heard some interesting observations.

My hypothesis was that younger technology users, having grown up with computers and machines that talk to you, would feel right at home making requests of all kinds and even relating to Siri as a colleague or buddy. After all, she makes no demands, serves many of your needs, never argues or reminds you of her wants and is always available. She makes it all about you, which, come to think of it, makes her the perfect date in many ways.

Initially I thought that boomers and beyond were more self-reliant given our life experience of finding things out the old way. And I thought our demographic would prefer live interactions with real people as friends, the way it used to be.

But I heard some stories that made me wonder if Siri's value was ubiquitous. Those I surveyed in their late-50s to mid-70s suggested that it was often easier to use Siri to find something and verbally report on it than reading the tiny print on cell phones, phone-books (who uses them anyway?) or newspapers. Also, those more isolated by physical ailments or loss of their communities as they aged, seemed to rely on Siri as a sounding board, a companion of sorts. Will Siri replace the bracelet some folks wear to notify authorities when they've fallen and can't get up? After all, Siri can make phone calls.

Soon Siri's voice will be alternatively available as male and in other languages. How does this change things? Can you practice your foreign language skills with her/him? And who will benefit? Siri won't mind playing with you in this way, as long as you don't probe too deeply and try to irritate her -- as her default is to side-step and avoid any possible conflict with you.

I'm beginning to think that regardless of age, Siri serves any of us quite well as long as we realize that machines don't have the capacity for empathy, love, or many of the other qualities we so admire in humans. Of course, Siri is occasionally easier to get along with than others of our species and may sometimes even show more concern than friends or family. Has she become as indispensable to boomers and beyond as she is to younger generations?

Let me know what you think -- does age or gender make a difference in how we relate to Siri?