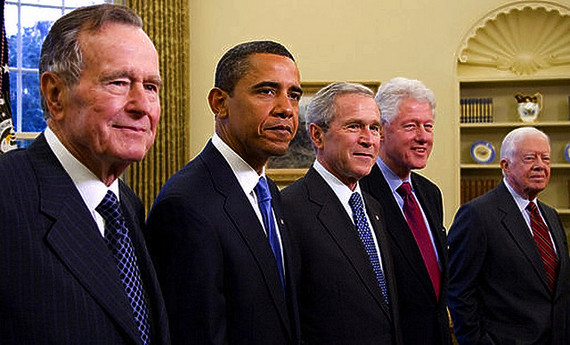 I've been watching all the presidential candidates with great interest--and deep concern. Concern for us. Concern for the fate of our country. Concern for our world.

As a narcissism expert, I'm not especially worried that narcissists might make it to the White House. According to research, they've always been there. And that shouldn't scare us anyway, because just to be clear: narcissist is not a diagnosis. It never has been. Narcissists are people higher in narcissistic traits than the average person, and while they may or may not be disordered, they all share one thing in common: they feel special. Some feel special enough to lead a nation, in fact.

So what we should be far more concerned about is not whether or not politicians are narcissists--most are--but how healthy they are. And that's where you come in. You have the power to shape the future of this country.

Politicians are groomed by us--by our applause, by our polls, by our votes. Whatever you seem to love or hate, they'll embrace or reject. So be careful what you applaud or attack. That what's they--and all the little future leaders watching them--will think you want in a leader.

That's why this won't be another rant about Donald Trump being a narcissist because: a) Did you really need an expert to tell you that?; and b) We don't need another article or book about obvious narcissists because apparently we're pretty good at recognizing them already.

Instead, I offer a guide, based on research, for what keeps leaders healthy, so you can applaud the right behaviors, and--I hope--punish the dangerous ones.

People high in healthy narcissism inspire without undermining; they lead with conviction not cruelty; they bring out the best, not the worst in people around them. That's who we need leading the nation, so here are some dos and don'ts:

It's up to you, America.

Narcissists will always be drawn to politics. But you have the power to make sure the narcissist in the Oval Office, as well as in any elected post in the country, isn't so addicted to feeling special that they forget the needs of the people who put them there in the first place.

Sign up for my newsletter, for more tips and advice, as well as information on my book, Rethinking Narcissism: The Bad -- And Surprising Good -- About Feeling Special, devoted to understanding and coping with narcissism in all its forms, in our friends, lovers, colleagues-and even ourselves. On sale wherever books are sold; Harperwave and Harper UK