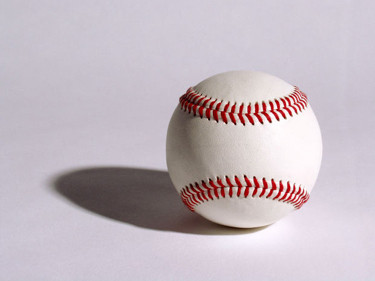 In 2002, Billy Beane, General Manager of the Oakland A's, created "Moneyball," a method of using statistics to evaluate the performance of ball players and hire the most productive players for the least money. John Bridgeland and Peter Orszag wonder if government can equally play "moneyball." They made similar arguments in an article in The Atlantic over the summer. Bridgeland and Orszag were, respectively, top officials in the G. W. Bush and early Obama administrations' Office of Management and Budget (OMB), so they write from deep experience. In a nutshell, their point is that evidence of effectiveness matters very little in government funding, but should matter much more. Readers of this column will not be surprised to hear me applaud this position.

However, I am concerned about one aspect of their articles, the notion that evaluations of federal funding streams are needed so that ineffective ones can be terminated. Sometimes this is true, but in reality most federal social funding supports investments in purposes that have a value for most Americans. Specific programs are then funded within these streams to accomplish the goals represented by that value. In a time when many politicians are looking for things to cut to reduce taxes or deficits, it is dangerous to put everything on the evaluation operating table. Individual programs (such as "Scared Straight," the delinquency prevention program proven to increase delinquency) can and should be evaluated and cut if they are ineffective. However, "reducing delinquency" is a valid purpose that is a worthwhile investment of federal dollars. This purpose should not have to meet an evidence standard in the same way "Scared Straight" or all other specific delinquency prevention programs should.

In an earlier blog, I discussed this distinction, contrasting Title I (a funding stream for the widely shared value of improving achievement in high-poverty schools) and specific uses of Title I funding (such as specific after-school tutoring programs). My argument was that a "moneyball" approach, in which rigorous research is used to determine the impacts of specific Title I expenditures was necessary, feasible, and in an ideal world acceptable to politicians and taxpayers of all stripes, who share an interest in cost-effective government. However, Title I itself is a funding stream, not a specific program, and it exists because most Americans agree that schools serving children in poverty need extra help. Title I has specific rules and procedures, but at its core it provides funding for a valid purpose that probably will always exist. For this reason, giant evaluations of Title I are not valuable. Instead, we need substantial investment in development, evaluation, and dissemination of specific approaches proven to actually fulfill the good intentions of Title I funding.

The same logic would apply to all government social programs. Each has a set of outcomes that are worthy of federal investment: reducing delinquency, hunger, homelessness, unemployment, teen pregnancy, and so on. Few would argue that these goals are unimportant, and a great, modern nation should surely be investing in them. But in each case, that investment goes into many specific programs, and the effectiveness of these programs ultimately adds up to the effectiveness of the funding stream. Further, improving the evidence base for proven individual programs (and weeding out ineffective ones) is uniquely a federal role, which states and localities are unlikely to do very well. When federal R&D identifies effective social programs, that information potentially magnifies the effectiveness of social spending at all levels of government.

In the case of the original "Moneyball," evaluating the whole of the Oakland A's would not have made much difference; they were already being evaluated (harshly) in their league standings. Yet using statistical evaluations of current and potential players to improve the quality of players on their roster gradually improved their overall performance. In the same way, social programs need to build up rosters of proven programs to improve their overall outcomes. A purpose-driven government does not cut funding for valid purposes if they are not being adequately attained. Instead, it improves the programs that help achieve widely supported purposes, using good science and scaling up effective innovations.