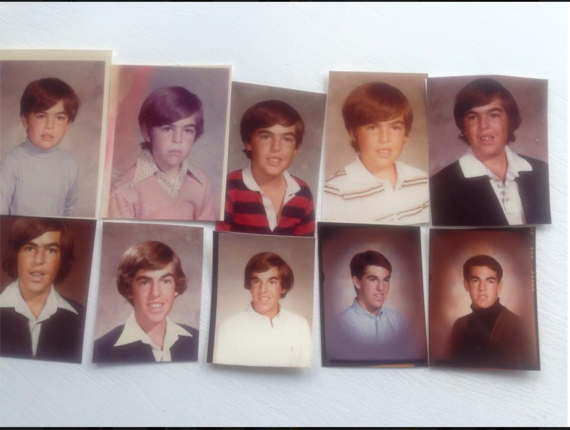 As anyone who's caught a glimpse of my biceps can surmise, I'm not a violent man. The closest I came to playing a contact sport was Model U.N. Yet, at risk of sounding too Degrassi, in 8th grade I was teased so mercilessly, I started carrying a knife to school. In fairness, it was a Swiss Army Knife. I was more likely to trim my bully's cuticles than stab him. In more fairness, it was a bar mitzvah gift. My other weapon options were a Cross pen, a magnetic backgammon set, four savings bonds and a forest outside of Haifa. I wasn't going to hurt anyone. But helplessness was real. I'm still writing about it, and my therapist can afford a house on the West side. Seems real to me!

So, a couple months ago, when I ran into my 8th grade tormentor at the supermarket checkout line, I did what anyone would have done -- I hugged him. And introduced him to my wife. It turns out he (and many others that I had cast as villains in the '80s teen movie of my memory) was actually a good guy. What happened to my decades-long fury? Forgiveness? Lexapro? Amnesia caused by a coconut to the head? (Yes, yes, maybe). But also the demystifying power of Facebook. Yes, THAT Facebook.

There are as many reasons to hate Facebook as there are users: The incessant invitations to play Candy Crush Saga. Solicitations of "anyone know a contractor who can tear down my mansion to build me a bigger mansion?" The minute-by-minute updates of Jakey's soccer goals/bowel movements. People you respect using phrases like "amazeballs" or calling their spouses "wifey" or "the hubs." Yet Facebook has allowed me to make peace with my past. Plus, you can see pictures of girls you made out with at Dartmouth Winter Carnival.

Confession: I'm not sure I'd have thrived at any middle school. I was like a more sensitive version of Caillou in a Dorothy Hamill haircut and tight tennis shorts. That said, I'm not sure an all boys, Episcopalian, wildly-competitive, recently-military school was the exact fit for a sensitive, catatonically-shy, half-Sephardic kid with eyebrows rarely seen outside of a Sesame Street skit or a Dukakis rally. 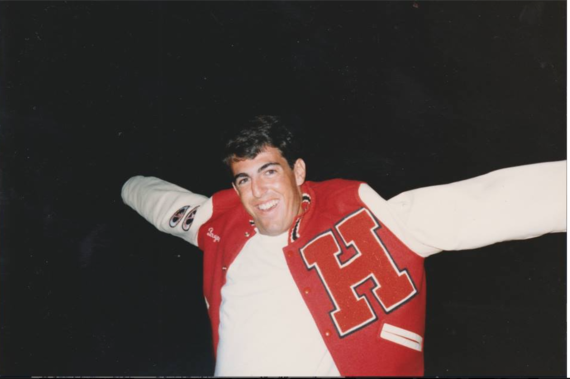 I had my crowd of Ivy-destined Hebrews. All was fine until 8th grade, when a classmate spread the rumor that the reason I rarely spoke was because I was a drug addict. And in 8th grade, when a popular guy spreads a rumor, other popular guys repeat it. Ironically the same group made fun of me in 11th grade for NOT being a drug addict. It didn't seem worth pointing out the logical incongruity or saying "logical incongruity."

Remember, this was a different era: I didn't feel like I could tell anyone. Not my parents, who I think were shopping in Italy. Not the babysitter, because she was too busy hitting me with Hot Wheels' tracks. And I couldn't tell the school. There was still a Lord of the Flies, boys will be boys vibe. So I kept the torment to myself. My grades plummeted. But unlike today, no alarm bells sounded calling for testing, nobody said, "Hey, you dropped two full letter grades in a month, is everything okay?"

Instead, I kept my feelings buried and practiced roundhouse kicks watching Bruce Lee tapes. And I started bringing a knife to school, in my pocket, with the blade open. It's a miracle I didn't re-circumcise myself. One day, the same guy made the same joke and I threw him off the lunch table, pounced and said something like, "I will fucking cut you if you say that again." Or that was dialogue from a Steven Seagal movie? Either way, the bullying stopped. Mind you, I went from "quiet guy" to "crazy guy." But in the hierarchy of middle school archetypes, it's still a step up.

I enjoyed high school more as I got older. My grades gave me confidence. As did Jewish girls noticing my mock turtlenecks. My 9th grade speech teacher was the first person to make me believe I could write. But over the subsequent decades, I had genuine ambivalence about that time. Not indifference, intense feelings in both directions. I skipped my 20th reunion. Dreaded my 25th. But couldn't wait for my 30th. I even postponed my gallbladder surgery so I wouldn't miss it, yellow skin and all.

I was the last person on Earth to join Facebook. Frankly, I was terrified the same people who booed me when I ran for 10th grade class office would boo me as 45-year-old man. But I forced myself to join and it's been life-changing.

First, it reminded me no one goes through adulthood unscathed, free of loss or hardship. When I posted about a classmate's passing, the guy from the knife incident wrote me a thoughtful note about brotherhood and the passage of time. Even the guy who tried throwing me in the pool at parties for wearing penny loafers "likes" pics of my kids. "Popular" classmates share painful memories. Time demystifies the past. And people get nicer.

Second, I finally feel "known." I don't mean liked. Or popular. Or famous. I literally mean that people can now say, "Oh I have some idea what that guy is about. " It doesn't sound like a lot. But to me, it's everything.

Last year was my 30th reunion. I closed the place and not just because there was a free buffet. The closest thing I got to annoyance was a guy asking me to "say something funny." I didn't care. Nobody would've asked me to say something funny back then. Nobody knew me well enough to ask. I'd been too shy and closed-off as a kid to realize how many good people we went to school with. I stayed at the reunion for seven hours. And this time, I didn't even bring a knife.