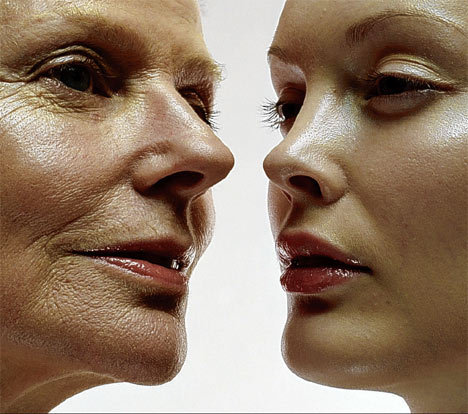 Most articles that find themselves under such a headline are not based in good science. Products promising long life and physical transformation usually generate profit and disappointment in equal parts. The eternal success of such sales represents a triumph of hope over experience, a very large category in the human playbook.

The following story however is grounded in good data that has not yet trickled down the slow and meandering path from research laboratory to clinical specialist to mainstream medicine to its ultimate target: you.

The anti-aging medicine is metformin, a drug that has been prescribed for Type 2 diabetes since the 1960s. This is the type of diabetes caused by obesity and lack of physical activity. Some 95 percent of all diabetes in the United States is Type 2. Metformin increases insulin sensitivity, decreases glucose production in the liver, increases glucose uptake in muscle and induces weight loss in large part by reducing body fat. It does this with remarkable efficacy, low risk of hypoglycemia and a surprisingly clean side effect profile. Not bad, eh? And we haven't gotten to the good stuff yet.

Why would a drug for diabetes have the ability to increase life span and prevent age-related disease?

Diabetes provides a model of accelerated aging. Impaired wound healing, cataract, and cardiovascular damage are manifestations of both diabetes and aging. Recent research suggests diabetes also increases the risk for cancer, a disease associated with aging. Elevated blood levels of both glucose and insulin appear to up the tempo of growing old.

Over the past decade a growing literature has documented the protective effects of metformin on a broad spectrum of age-related disorders and on lifespan. This includes cancer. Diabetics treated with metformin have between 25 percent and 40 percent less cancer than those who receive insulin therapy or take drugs that increase insulin secretion. Lewis Cantley, director of the Cancer Center at Beth Israel Deaconess Medical Center, part of Harvard Medical School, recently was quoted saying, "Metformin may have already saved more people from cancer deaths than any drug in history." About 120 million prescriptions for metformin are dispensed annually.

A 2014 study comparing all-cause mortality in diabetics treated with metformin or sulfonylureas (another commonly used drug class) had startling results. Not only did metformin outperform sulfonylureas. Diabetics on metformin lived longer than matched, non-diabetic controls. This research falls into an evolving area of research documenting the life-extending powers of metformin.

Research in the field of aging has consistently shown caloric restriction (CR) to be the most successful method of increasing both lifespan and healthspan. While without an exact definition, something that has made it sometimes difficult to compare studies, CR entails a radical reduction in caloric intake (20 percent - 30 percent). The deprivation of CR makes it an untenable option outside the laboratory. CR's anti-aging effects have been observed in a wide range of organisms, from yeast to mammals. These findings have launched the field of CR mimetics, the search for compounds that mimic the actions of CR without the draconian diet.

Metformin, a medication that has been on pharmacy shelves since the 1960s, appears to be the front runner in the CR mimetic sweepstakes. Research published this year in the Proceedings of the National Academy of Science by De Haes et al, clarified how metformin extends lifespan. In doing so they suggest that the classic oxidative stress theory of aging (the idea behind the craze for anti-oxidants) is false. That theory stated that reactive oxygen species (ROS, damaging byproducts of metabolism) cause the deterioration that characterizes aging. They propose exactly the opposite. ROS activate stress defenses that prevent age-related diseases and prolong lifespan. Metformin was shown to increase ROS and trigger these defenses. When ROS was blocked the lifespan-extending effects were abolished.

Metformin is a game-changer that has been hiding in plain sight for longer than you might imagine. In the middle ages a perennial herb, Galega officinalis, was used in folk medicine to treat the symptoms of what we now call diabetes. Those plant compounds gave rise to metformin. A French physician, Jean Sterne, initiated its clinical application in the 1950s. He also provided its first trade name, Glucophage, "glucose eater."

Because metformin is approved for the treatment of Type 2 diabetes only, you'll need a forward thinking physician to get it. But until it becomes available there are some things you can do. The take-home message of metformin is keep your glucose and insulin levels low. So, if you haven't already, say goodbye to sugar and all high glycemic index foods. And if you have, you now know the science behind why.

More:
Diabeteshealthy livingcancer diseaseobesity
Newsletter Sign Up
The essential guide to taking care of your mind and body
Subscribe to HuffPost’s wellness email
Successfully Subscribed!
Wellness delivered to your inbox