1. A real New Yorker only needs to slide her metro card once. Just once.

2. A Real New Yorker When caught behind a gawking, slow-walking tourist rolls his eyes and mutters "Go back to fucking Kansas" under his coffee-infused breath.

4. A Real New Yorker, when confronted with the choice of a packed subway car and an empty subway car with a homeless person bleeding out from Ebola, chooses the empty car because she's had a long day, needs a seat, and Ebola was, like, a two-years-ago thing.

5. A Real New Yorker can eat a three course meal while rushing to her sales job down 5th avenue and not get hollandaise sauce on the Barney's jacket she found left on her floor after a blackout last Saturday night.

6. A Real New Yorker can witness a terrorist attack, a stabbing, and three subway suicides in one day and still get annoyed if Zabars raises the price of their whitefish salad (Which is delish!) on the same day.

7. A real New Yorker can lose her job, her girlfriend, her middle finger (yep, bagel slicing accident), and her keys, and still say "meh." Just as long as she doesn't have to find a new apartment.

8. A real New Yorker slips on the blood on the floor of the A train, but gets more annoyed by the fucking 14-year-old who won't take off their fucking backpack and make room for other goddamned people.

9. A real New Yorker when confronted with the existential horrors and misery of the world first whines about it -- a lot -- and then says, "Meh." Because we're New Yorkers and, "We'll live." 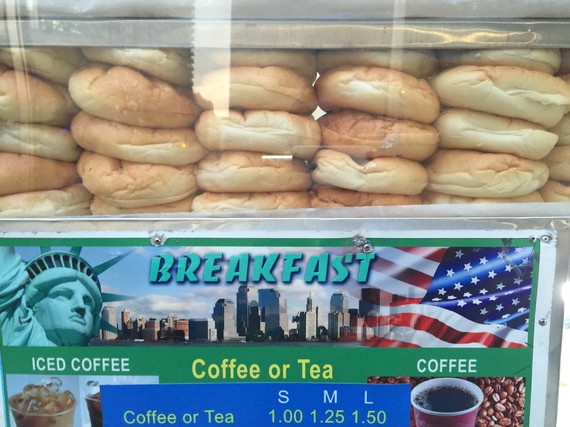